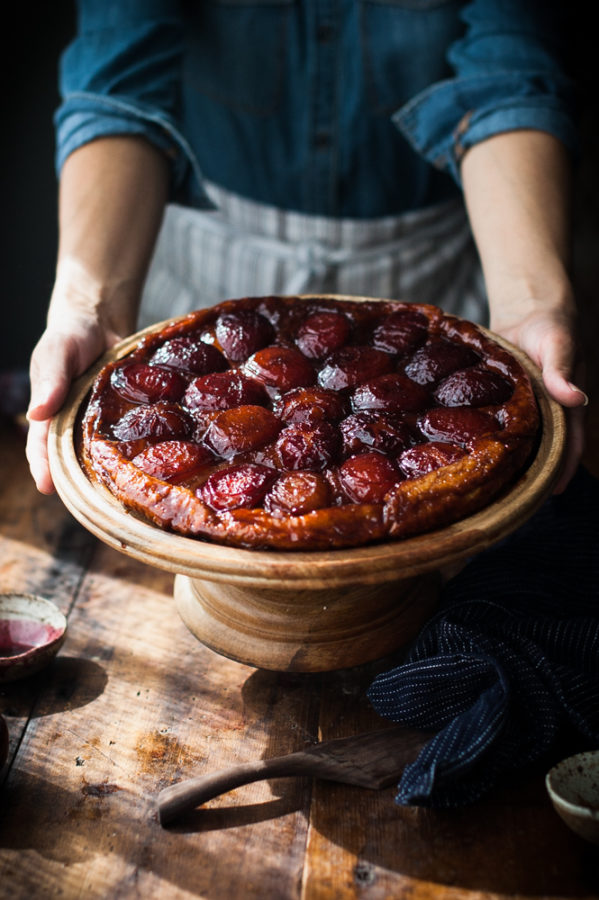 This blog is becoming something of a confessional, I’m realizing. So for today’s installment of “what weird tidbit of random (although highly applicable) information does Kayley plan on dishing up today?”, I give you this:

I know! What the shnickeys is wrong with me?!

First apricots, now plums? It’s like I have some sort of vendetta against the stone fruit family, except for that I don’t. I just have this weird textural issue that prevents me from enjoying fruit with mush-like tendencies. Plums fall into that category for me and despite their lovely tart-sweet flavor, I just can’t move past their grainy-ness. 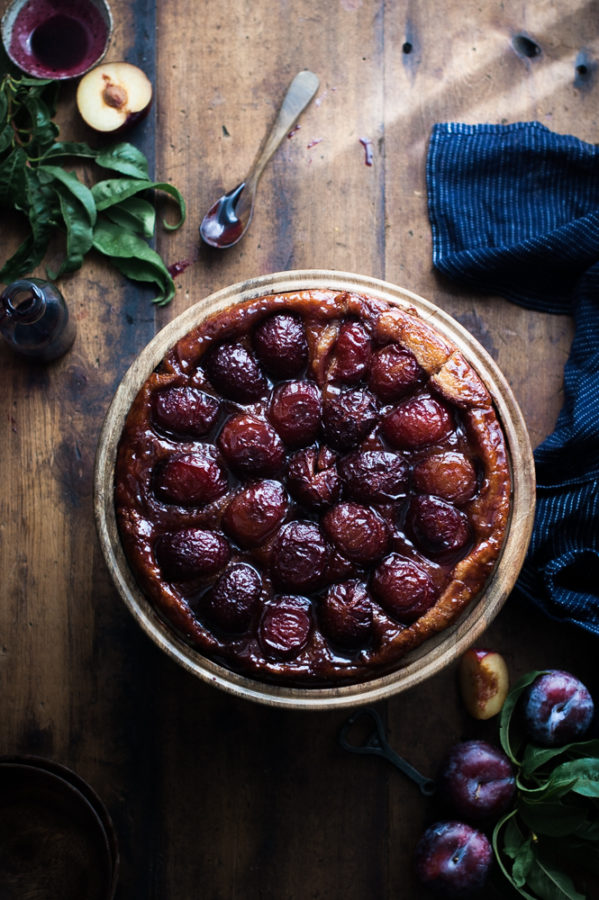 Well, that is, until I started into this un-checked obsession with tarte tatin.

For those of you who are unfamiliar with this classic French dessert, a tarte tatin consists of a caramel made in an oven-safe pan (I like cast iron skillets), topped with slices of fruit which are cooked in the caramel, covered in a layer of puff pastry, baked, and then inverted. The cooked fruit is now on top, crispy, flaky pastry on the bottom, with caramel sauce oozing all over the place (in a contained area, of course).

After I had made an apple tarte tatin, then a pear tarte tatin, I started to look at all the season plums, constantly popping into my line of vision. Maybe cooked they would make a nice, colorful version of this magical dessert I had stumbled upon.

So I whipped one up and topped it with a sweet and tangy red wine syrup, accented with cinnamon and cloves. 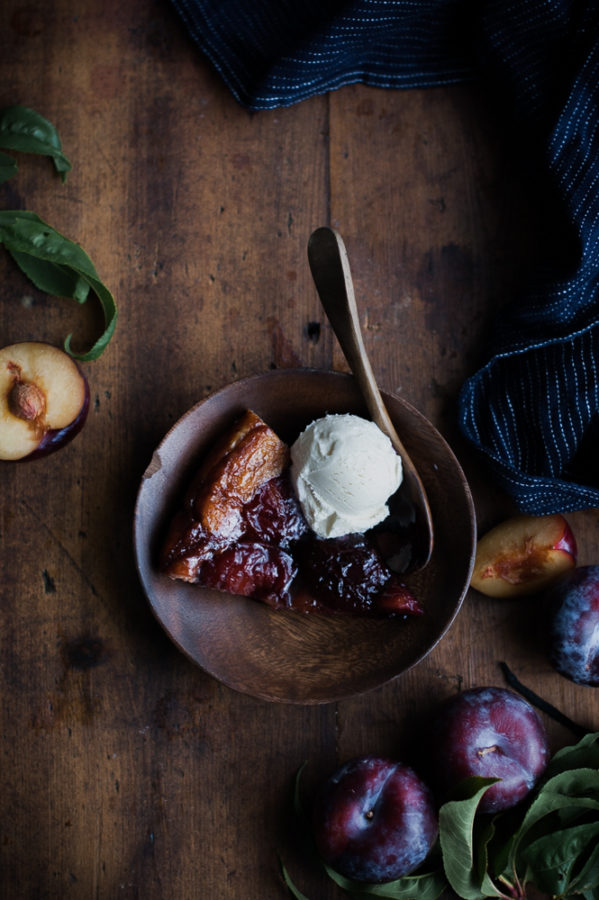 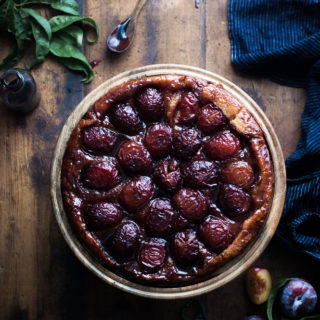 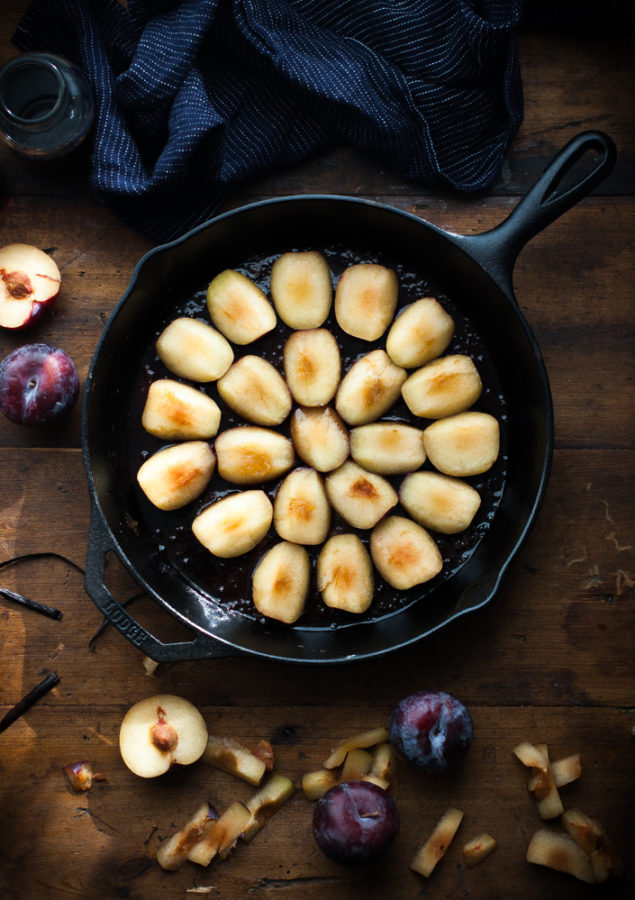 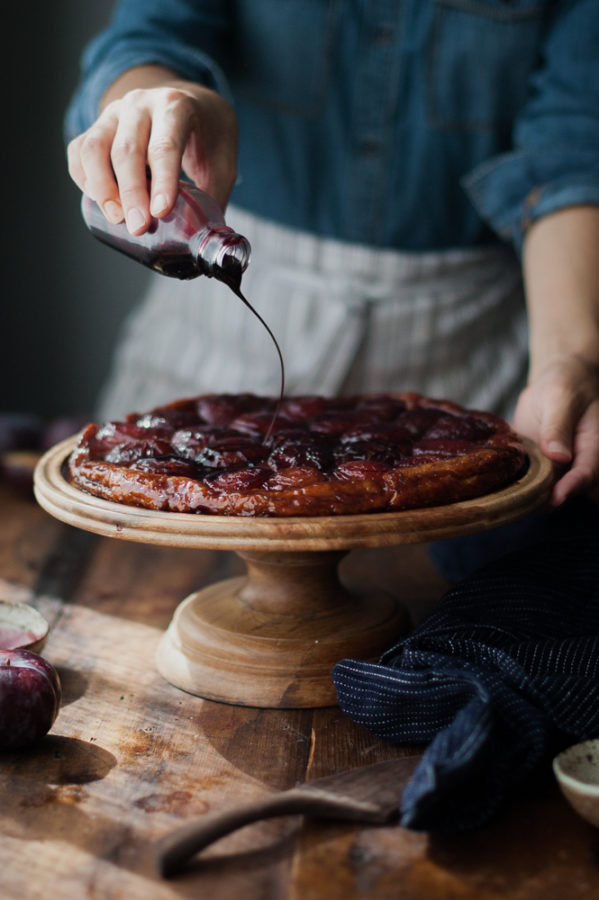 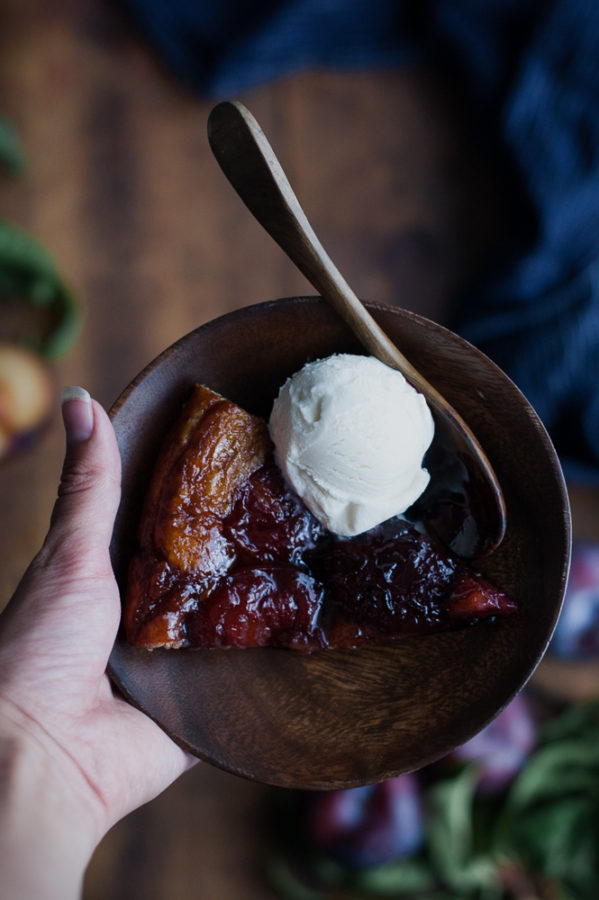 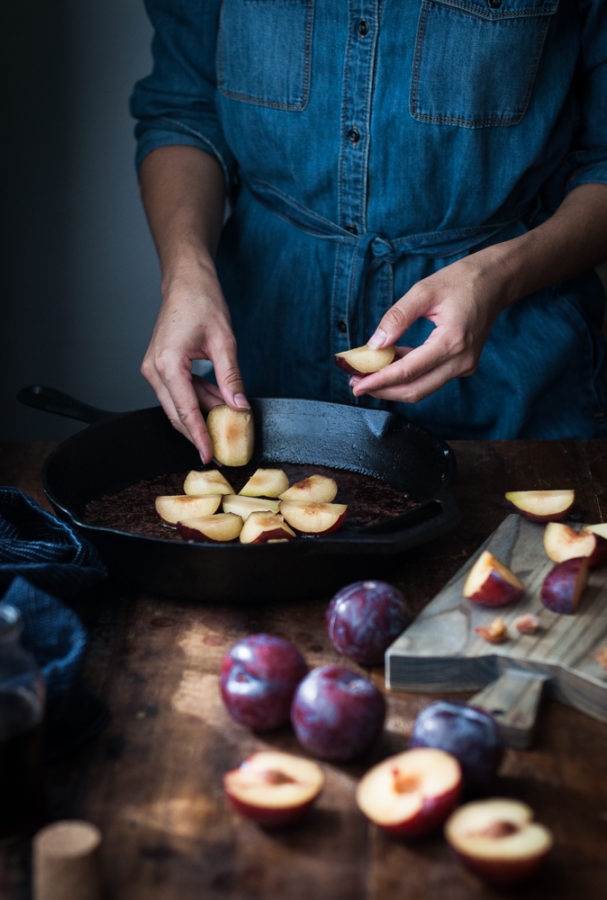 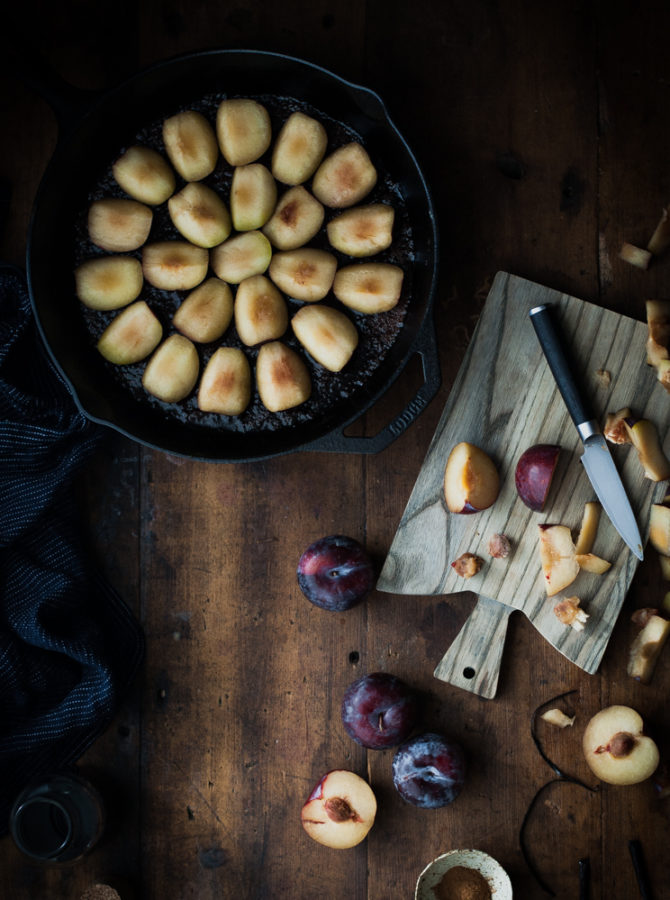 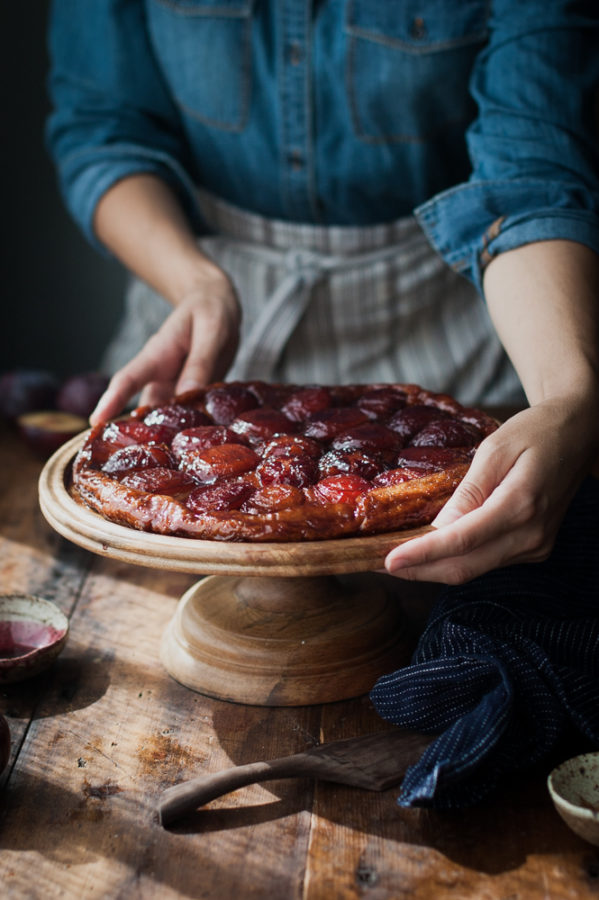 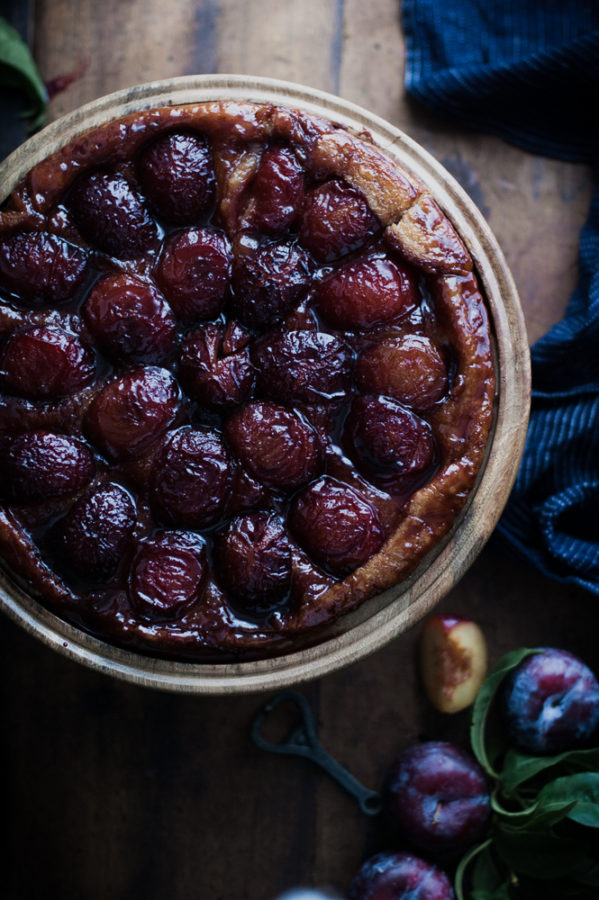 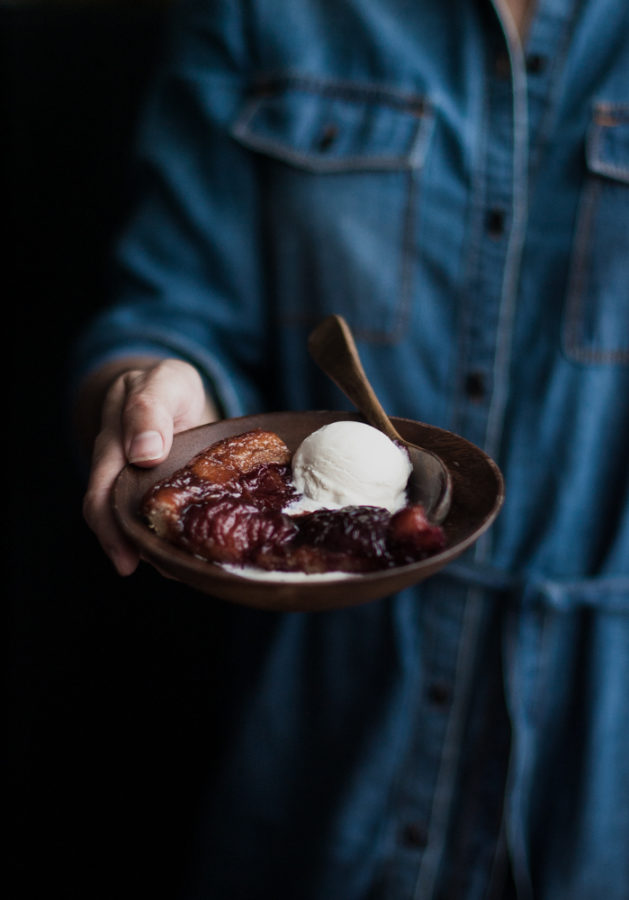 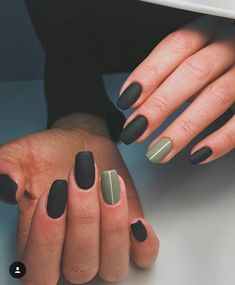 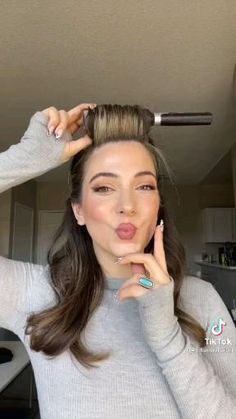