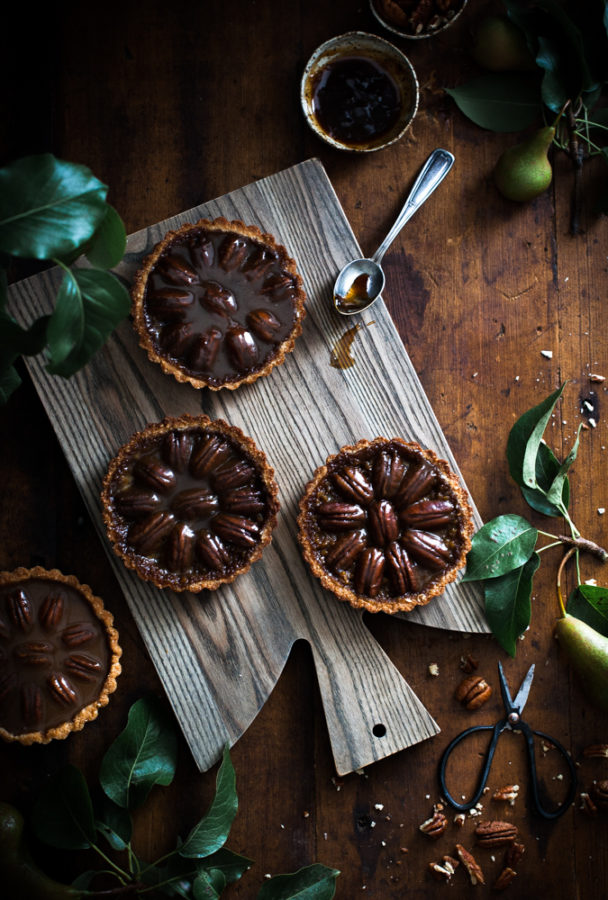 Actually, I guess I can’t say that since I’ve never really had a true blue southern pecan pie. And maybe I should have. I’ll simply blame my ignorance regarding certain quintessential southern dishes on my father, who happened to live in Mississippi as a child. As a man of the south, he should have introduced me to it at some point. It’s not my fault, I swear.

All ridiculous accusations aside, I really haven’t tried a pecan pie. But I thought it would be fun to make my own spin on one, keeping it free of refined sugar and adding in a few fun ingredients: chocolate and coconut.

Chocolate, coconut, and caramel are a dream team. The three musketeers of the sweet world. They all combine with crunchy pecans to form a holiday-worthy tart that is sweet, salty, crunchy, and saucy (hey coconut caramel!). 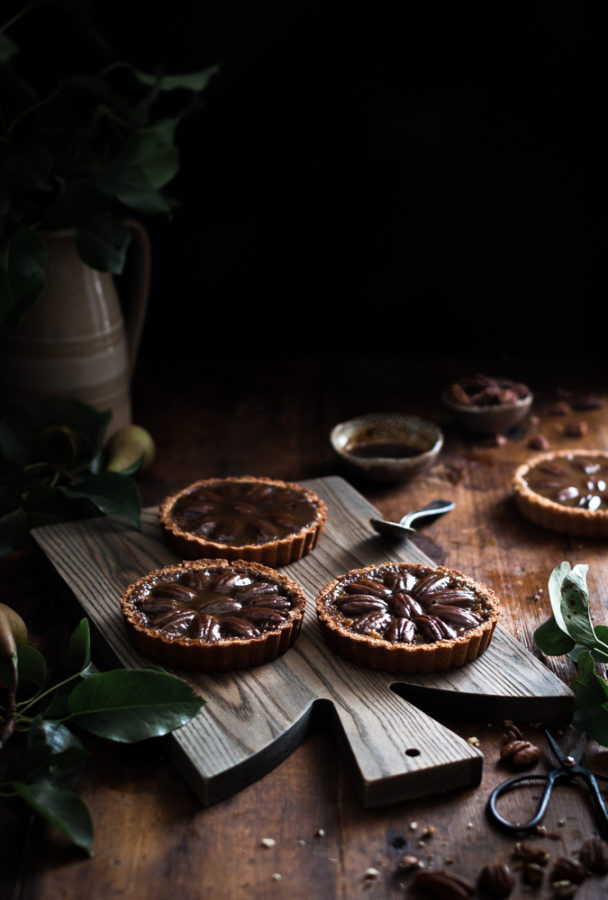 Coconut Flour and coconut oil form the base crust, which, when chilled, is crisply decadent and….dare I say buttery? Well, it is.

Chocolate chips and fine, unsweetened shredded coconut are stuffed into the center of the tart while crunchy pecan halves form a decorative circle atop the tarts, glossy with a coconut milk caramel sweetened with honey and coconut palm sugar.

*Letting your crust dough sit for several minutes after mixing will allow the coconut flour to soak up all the moisture it can and will make it  less sticky and easier to work with.

*Serve chilled! Everything is crunchier when cold, especially the crust! 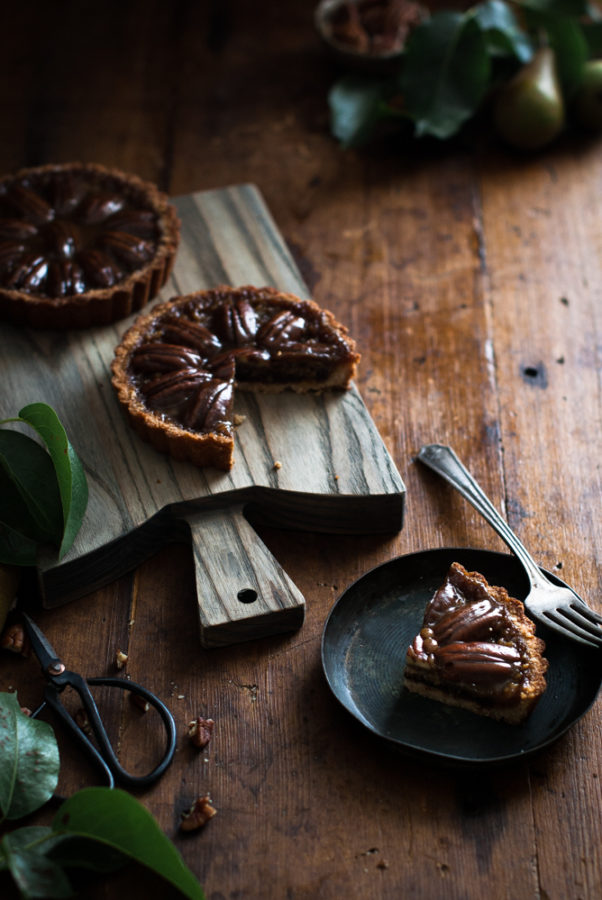 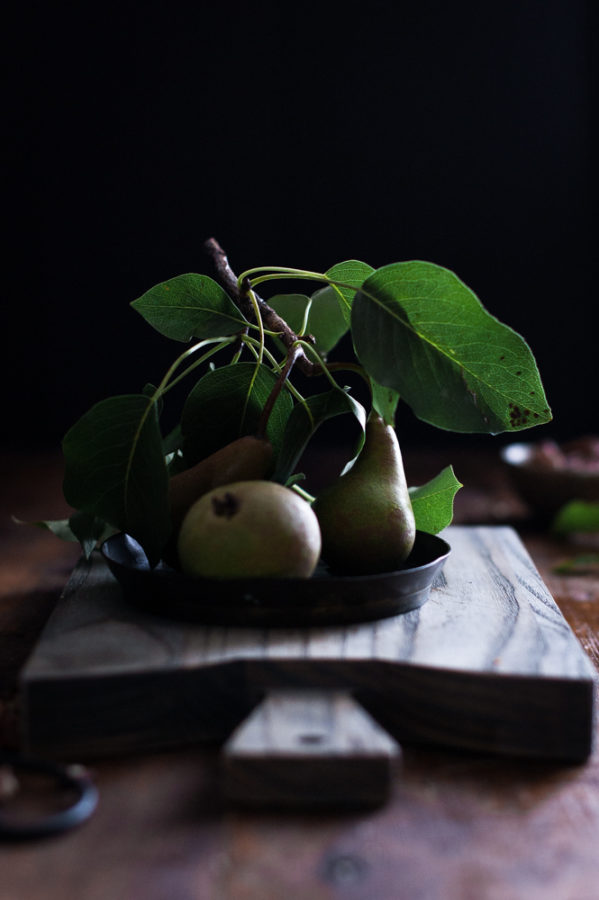 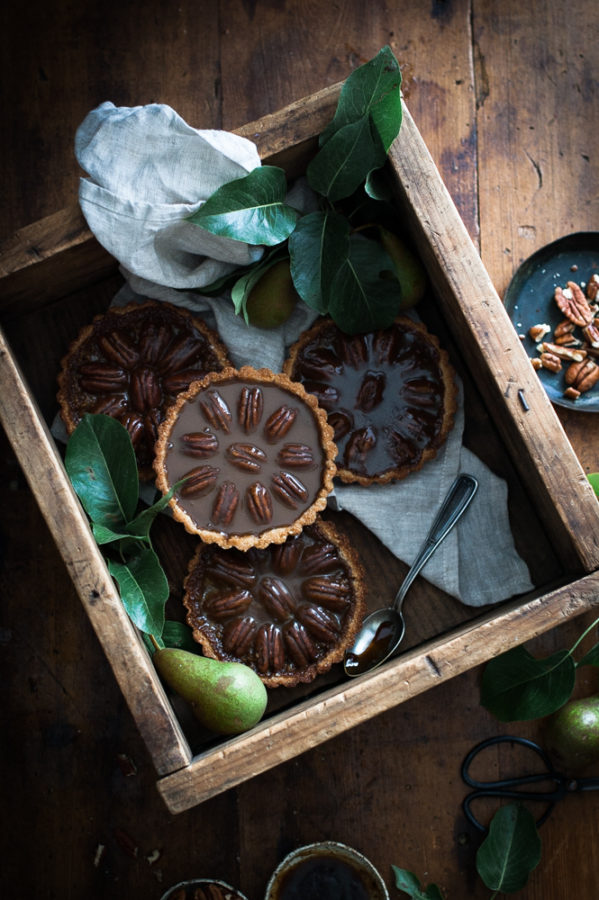 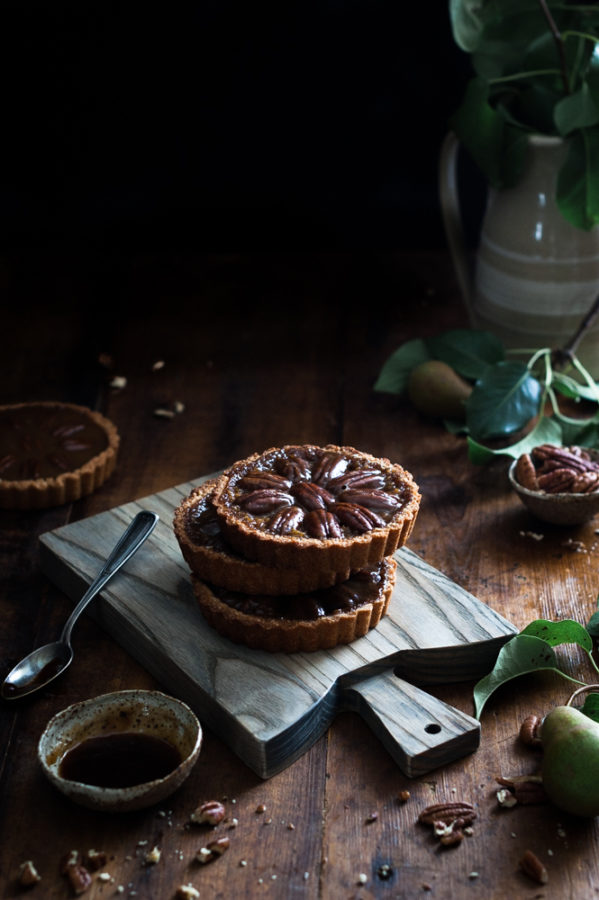