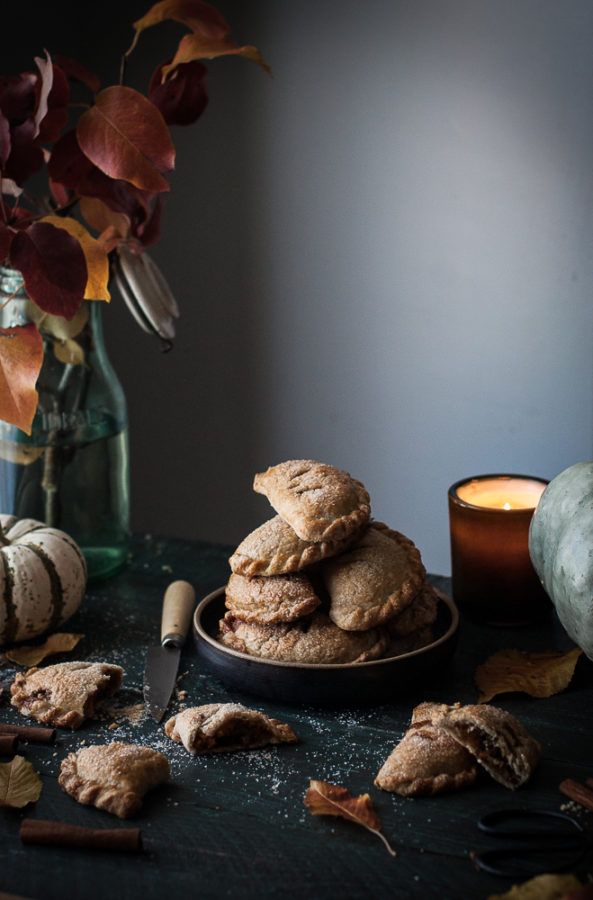 Lets have ourselves a little chat about pumpkin pie, shall we?

I feel like there are three camps when it comes to this traditional autumnal pie variety. Either you think pumpkin pie is the greatest thing ever and would go so far as to just eat the filling (baked, of course!) on it’s own because you think it’s so delicious.

OR, you really detest the whole soft and squashy parcel, refusing to touch it with a 10 foot pole.

OR, you might be sitting in a tent down the river from me, where those of us who aren’t intensely smitten, yet don’t dislike pumpkin pie either are hanging out. If you are in the first group, or my own little non-committal lot, this is the pumpkin pie for you. 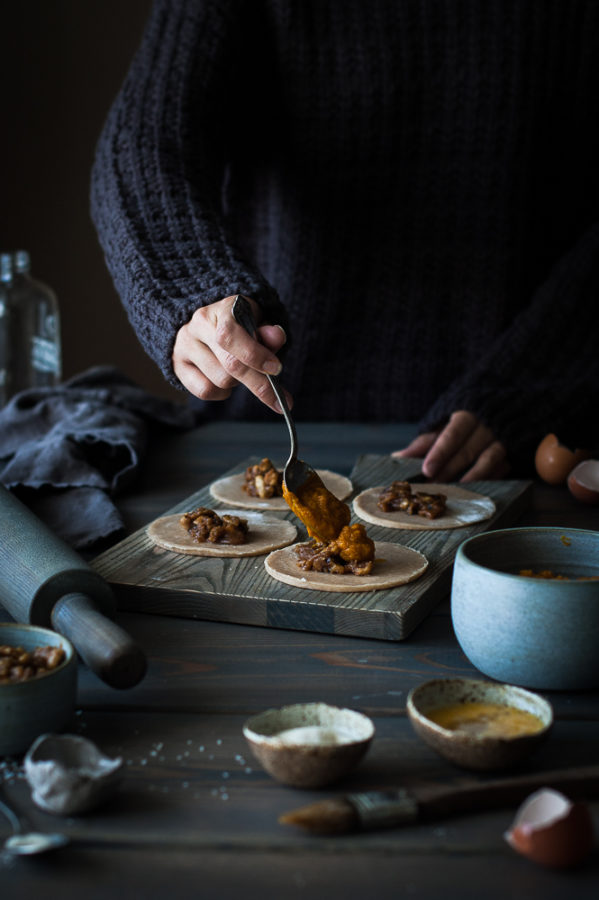 First off, though this is a pumpkin pie, it is by no means heavy on the pumpkin. I mean, I do like my pumpkin pie, but what I really like is a thick layer of pie crust with a thin layer of pumpkin filling all topped with an inordinate amount of whipped cream. THAT is how one does pumpkin pie. In my world, at least.

So these little hand pies have me all sorts of happy given that you technically have a layer of crust, a caramel-y nut layer, a small pumpkin layer, and another layer of sugar dusted crust. Single layer crust pies always leave me a little down. But I figured if I made a full-on pumpkin pie that was covered in a top crust, I may raise a few eyebrows. I mean, who does that? Well, I would do that, but in the privacy of my own home with 35 pounds of whipped cream as my company. But hand pies? I can totally get away with double crusted pumpkin. 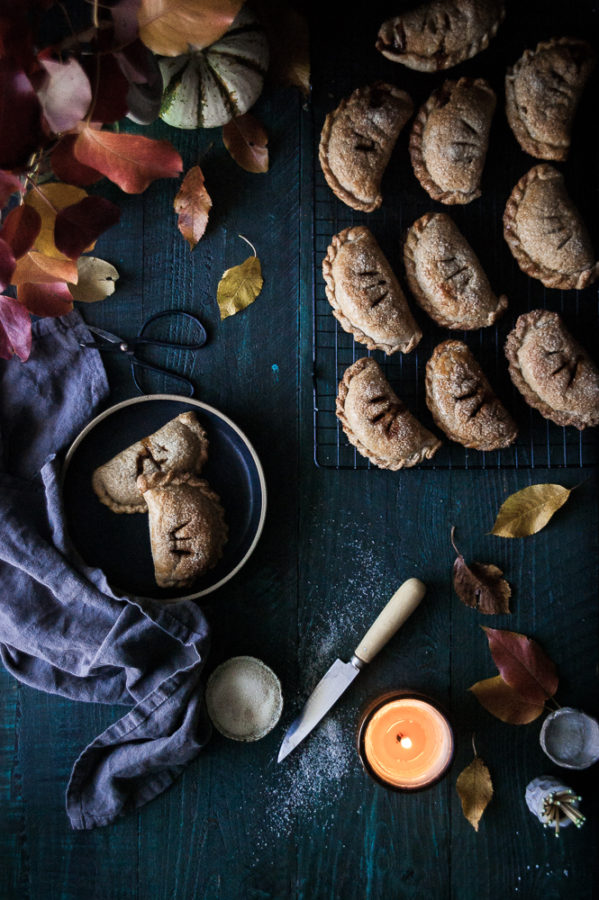 I added cinnamon to the pie crust itself and it was a good move. So now we have a lightly cinnamon flavored, super flakey pie crust filled with smooth pumpkin pie filling, a walnut caramel made with maple syrup, butter, and cream, all sealed up and coated in crunchy coarse sugar. 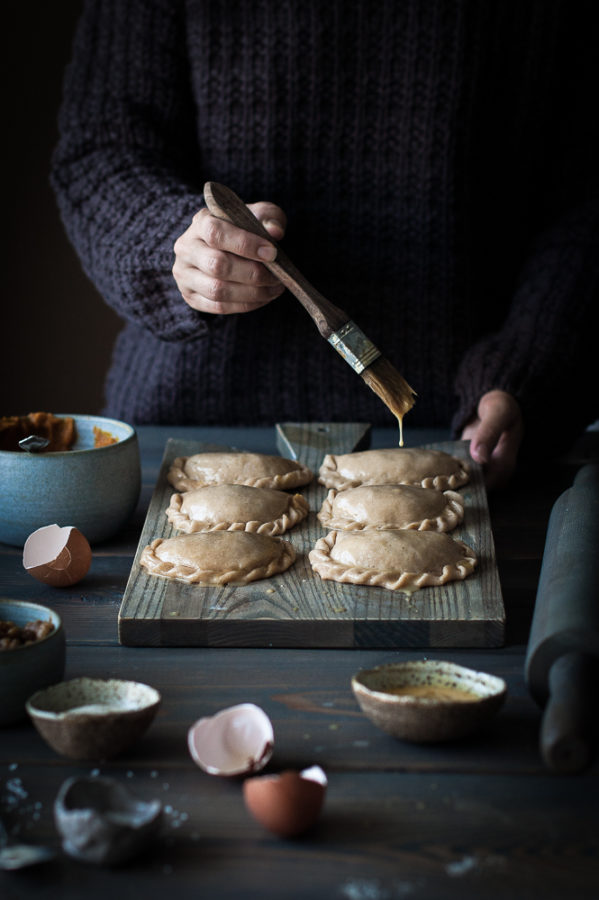 Because we all want more pie, right? 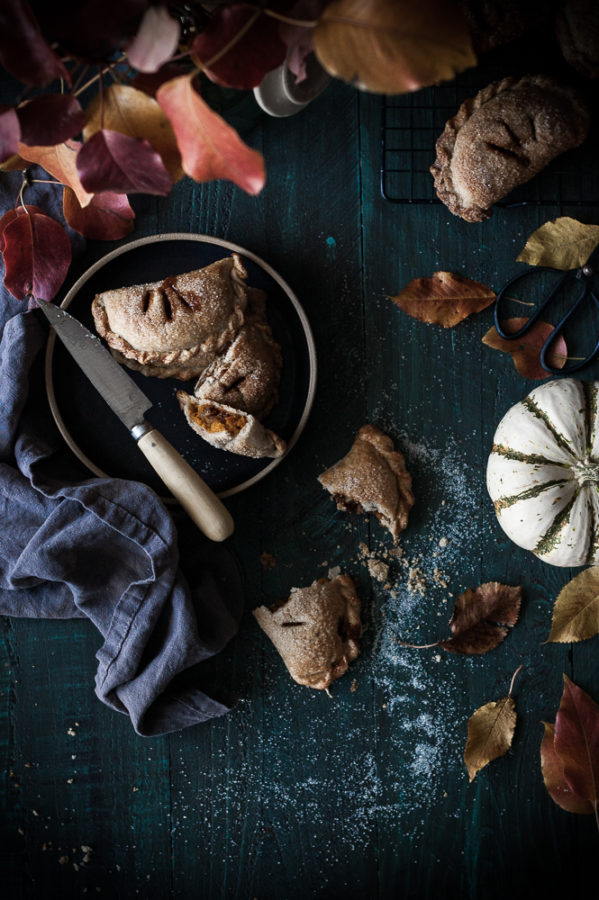 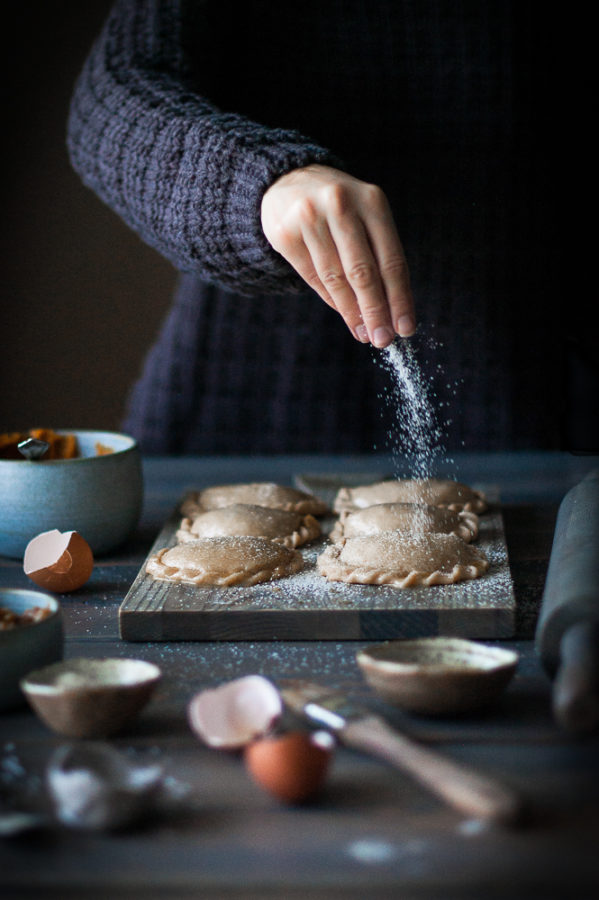 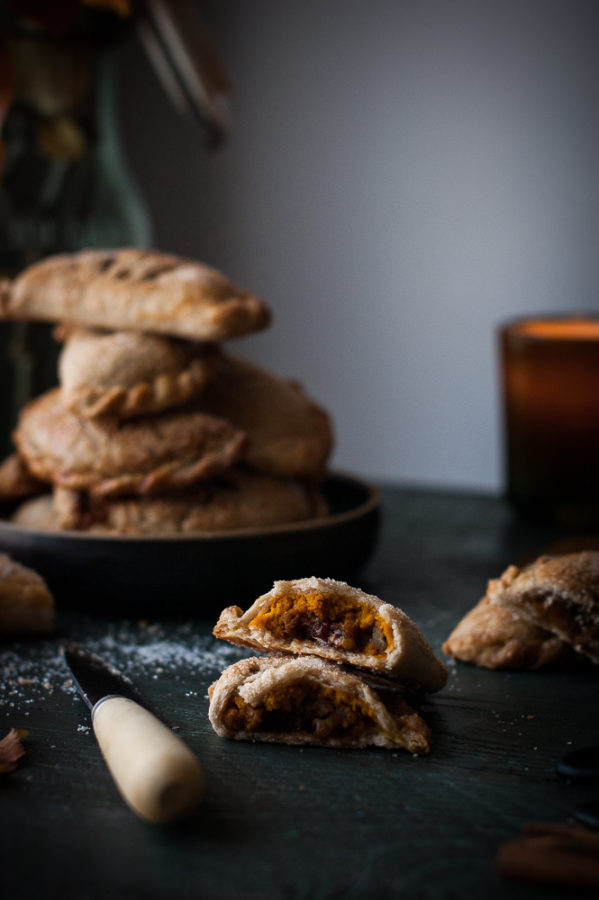 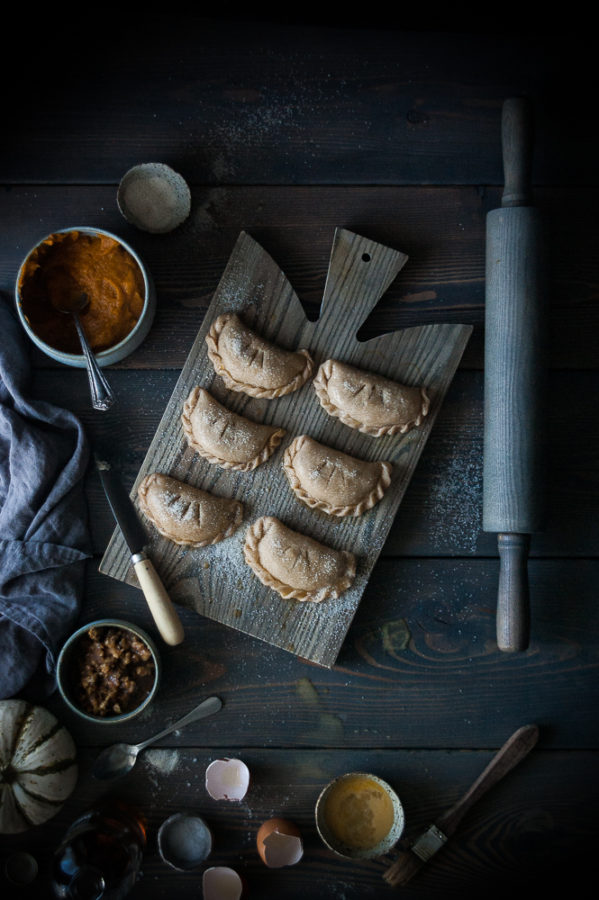 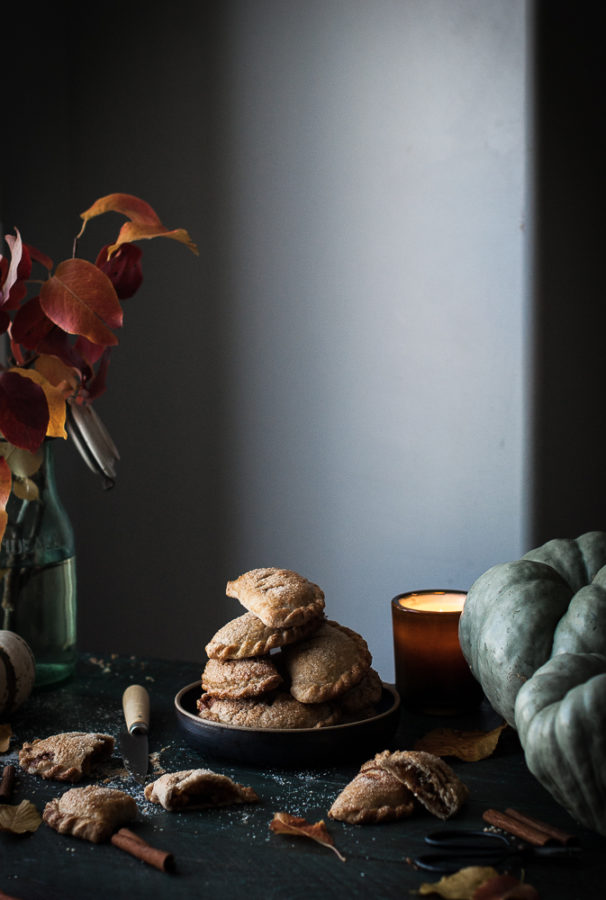