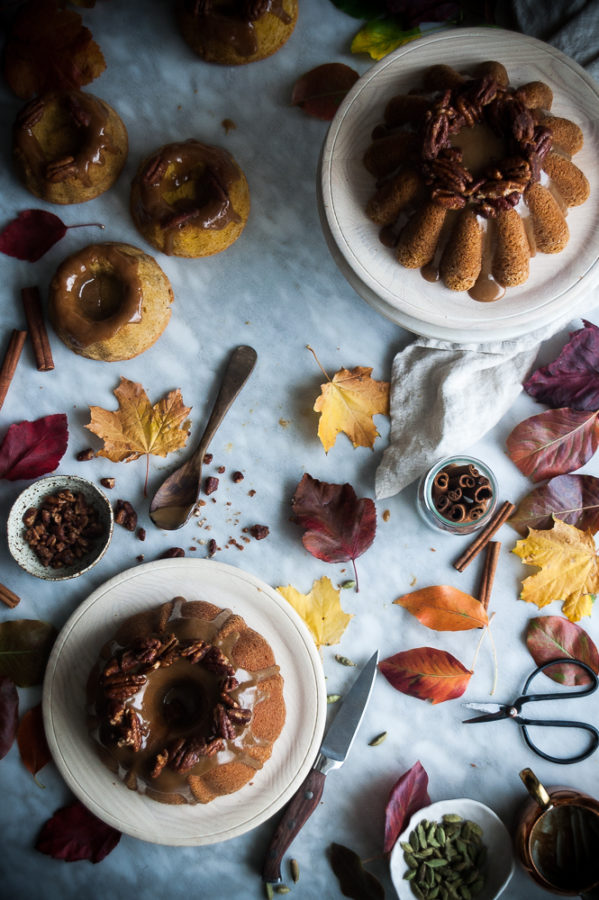 It’s been awhile since I’ve made a pumpkin cake. Well, pumpkin anything, really. Last year I somehow missed the boat on super seasonal, spiced pumpkin baked goods. So I figured it was high time I put a little pumpkin in the oven. Since I’m really on a kick with my new favorite blend of millet, oat, and sweet rice flour for super tender gluten free baked goods, I thought a pumpkin cake would be the perfect place for those to be put to work.

They did their job well, my friends. This cake is everything I’ve ever wished for a pumpkin cake to be: Ultra tender and moist, but not heavy. Buttery and rich in flavor, without any overpowering spices to mask the pumpkin. Come to think of it, my kids keep referring to this cake as “that pumpkin cake that felt like clouds”. Yeah – it’s that soft. 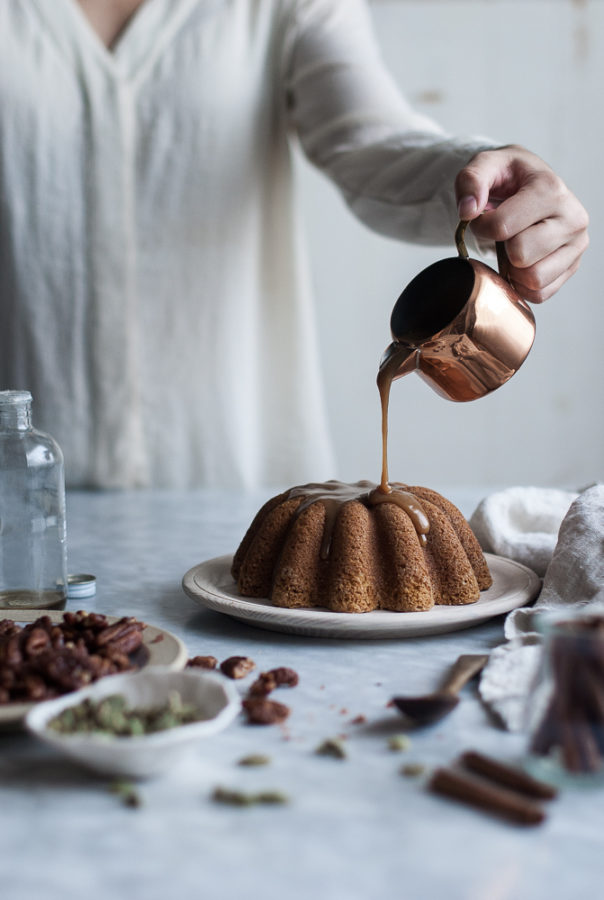 The cake is topped with a maple bourbon caramel. Somewhere along the road of baking without refined sugars I’ve lost the taste for heavy buttercream frostings. Some sort of honey or maple caramel, drizzled on top, has become my go to which works especially well on bundt cakes. The combination of maple syrup and bourbon works so well with the clean flavors of the pumpkin cake. I’ve also make this same cake with a maple caramel made with Kahlua instead of bourbon, which was just as fantastic. 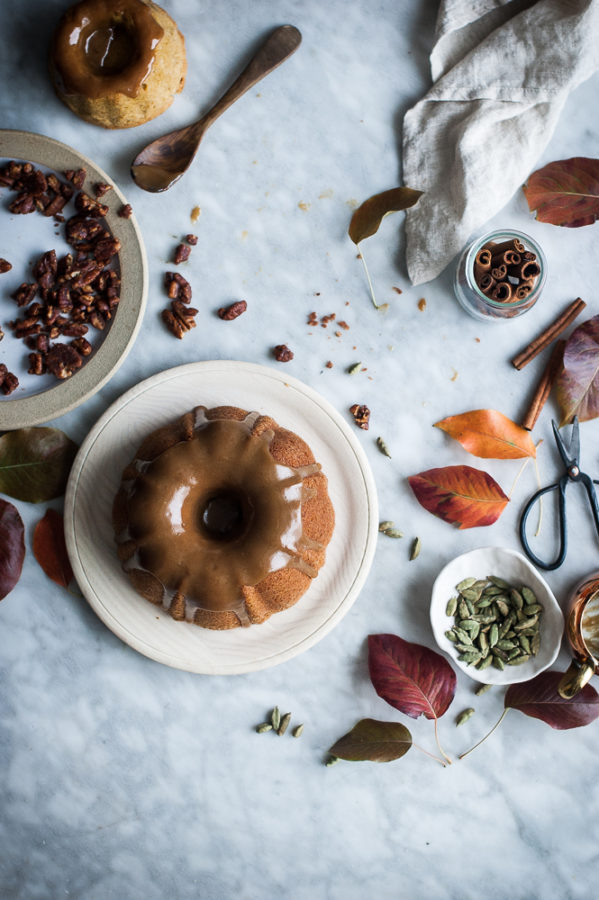 Candied pecans top the cake and give it a nice textural component –  a sugary crunch. These are really a simple garnish and only take about 5 minutes to make. Walnuts would be a wonderful substitute for pecans, should you not have them.

Despite my lack of pumpkin baking consistency over the last year, I have learned something new: Did you know that most canned pumpkin is not actually pumpkin, but another squash in the pumpkin family? I didn’t until recently and it rocked my little pumpkin pureeing world. With this newfound knowledge I have been experimenting with using other kinds of squash in place of pumpkin in the things I bake/cook. Turns out that kabocha and red kuri squash make much better pumpkin pie/pumpkin cake/soup than the canned pumpkin I’ve used so many times. Sure, it takes a little more work to roast and puree your own squash, but I feel the effort is WELL worth it. I’m especially partial to using red kuri squash. The color is such a rich, deep orange, the texture so smooth and dense, and the flavor it as sweet as any sugar pumpkin I’ve ever baked.

Maybe give the squash puree a try? You may just become a convert, like me. And I assure you, this cake is just the thing to try it out on! 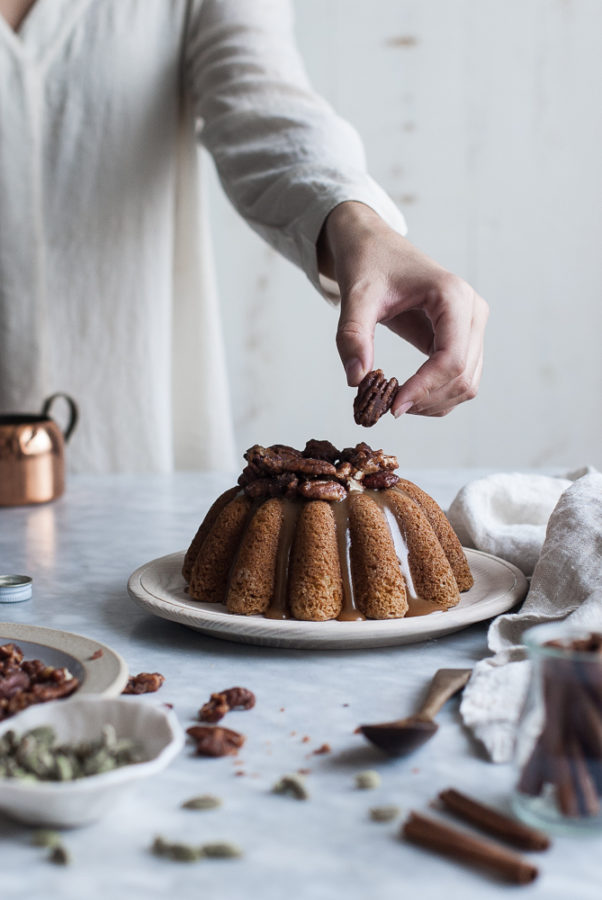 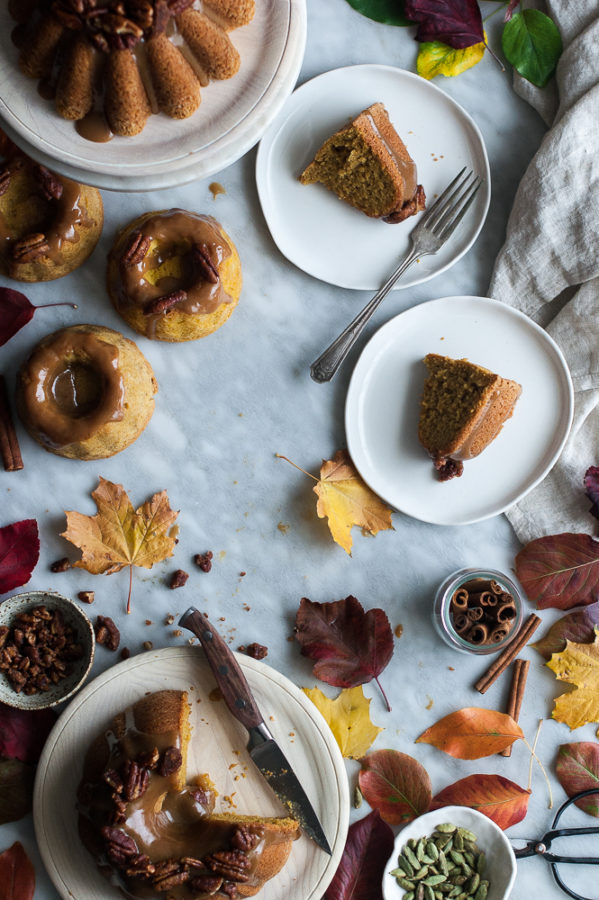 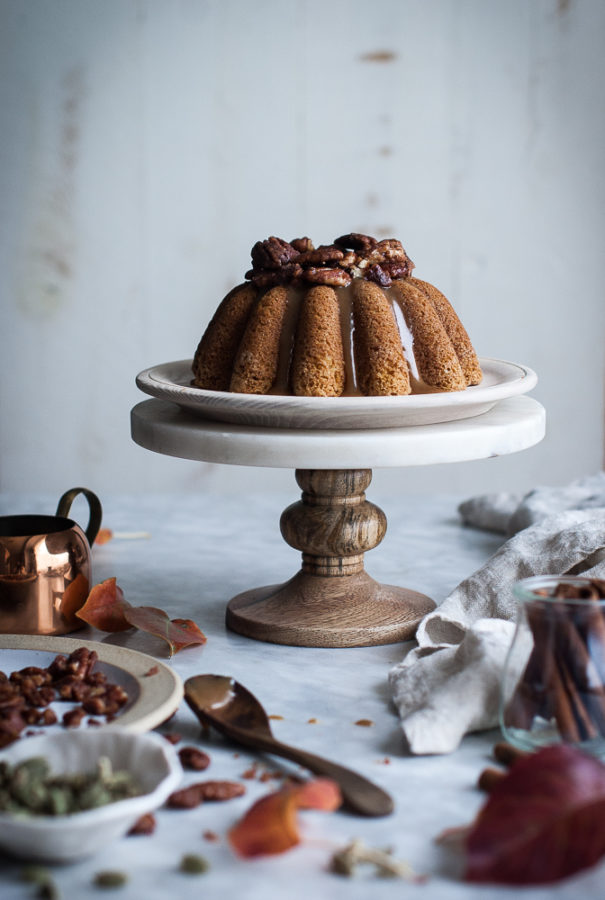 More cake? I’m with you on that one: 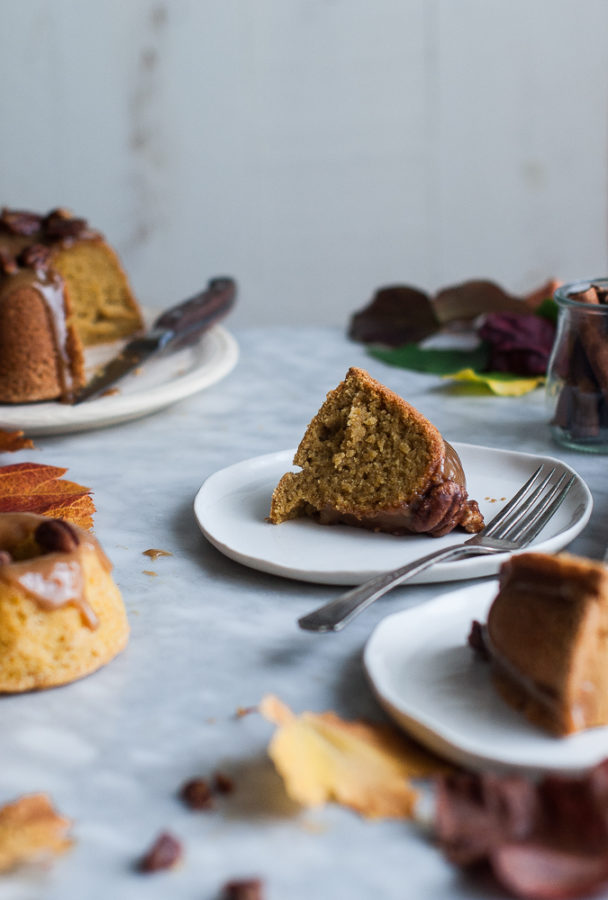 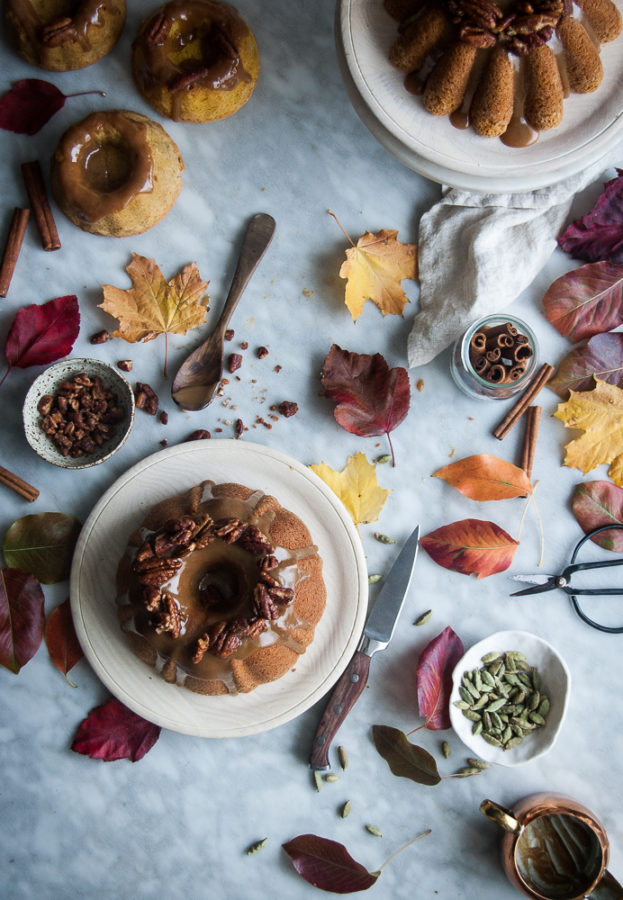 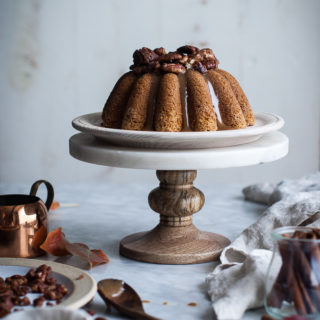 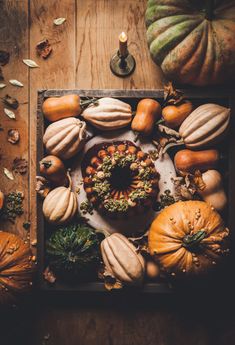