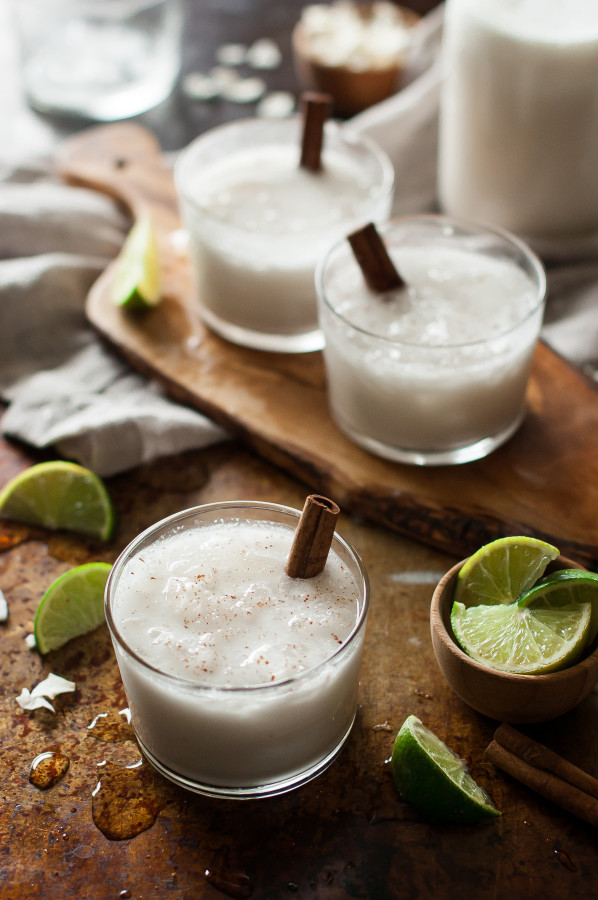 To be honest, I’ve never really cared for Horchata. I’ve wanted to like it. Really. But every glass I’ve ever had has just tasted a bit like milk with a lot of sugar added to it.

Not my cup of tea. Or Horchata.

I came across a recipe for coconut Horchata in the latest issue of Saveur and, being a lover of all things coconut, thought that in the spirit of an impending Cinco de Mayo I’d give it a try. I’d never had it homemade, afterall, and often time these sorts of things are better homemade, no? 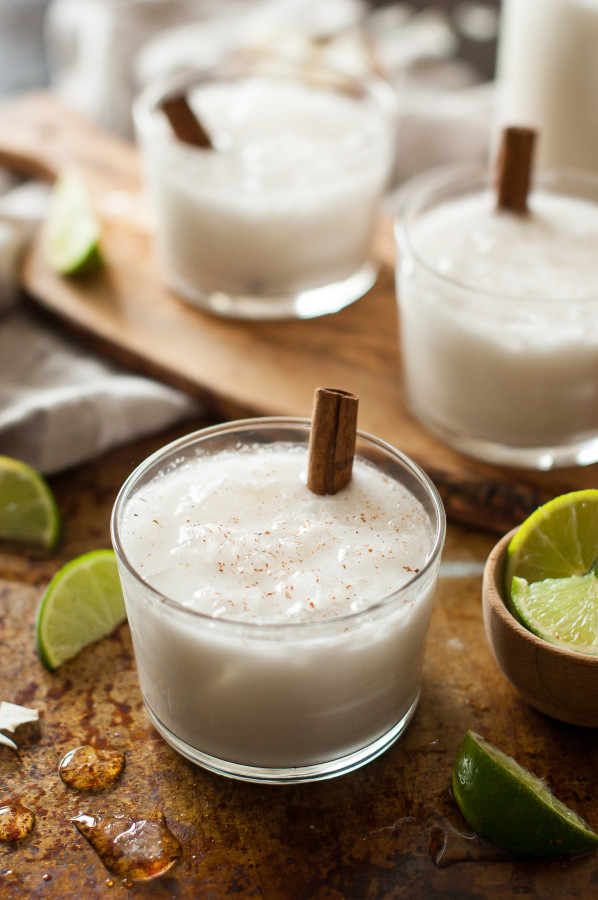 Well, let me tell you what. This version knocked my socks off. The horchata gets a double hit of coconut with coconut milk and coconut water both added to the mix.

You will need to plan a little bit ahead to make this, as the rice and cinnamon need to soak overnight. But overall it’s a relatively simple drink to throw together and the results are well worth the wait. 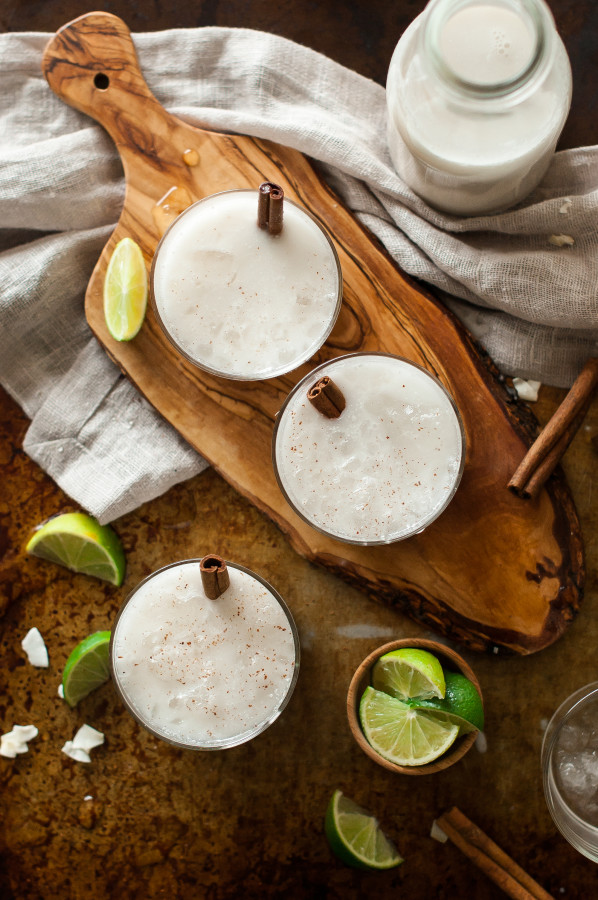 Make sure you strain the liquid well once it’s blended. It can be a bit gritty if you aren’t meticulous with this step.

Serve this cool, creamy drink over ice with a grating of fresh cinnamon on top. I like to squeeze a few fresh lime wedges into my glass. I think that having that little addition of an acid is really what makes this drink fantastic. And more than just a glass of sweet milk. 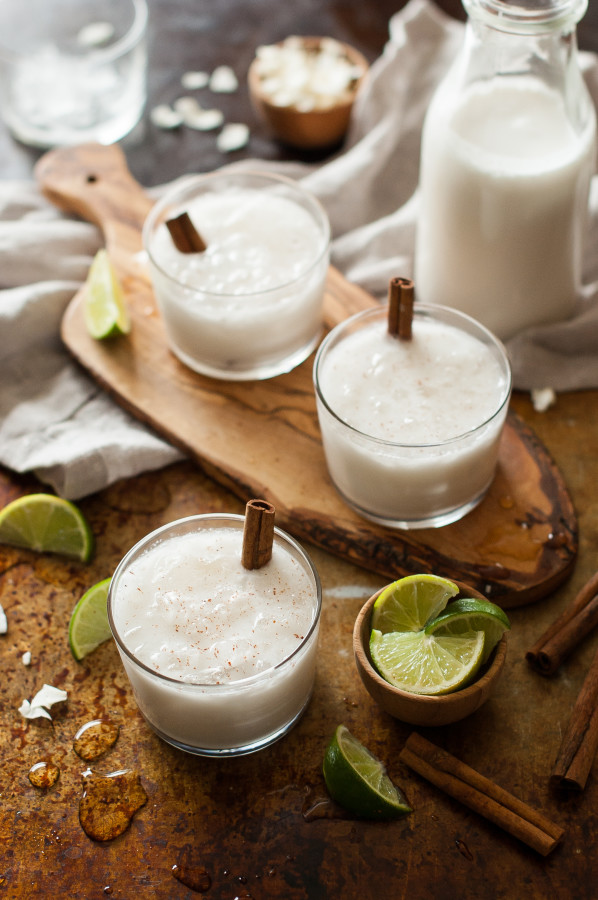 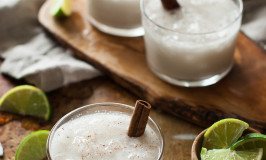 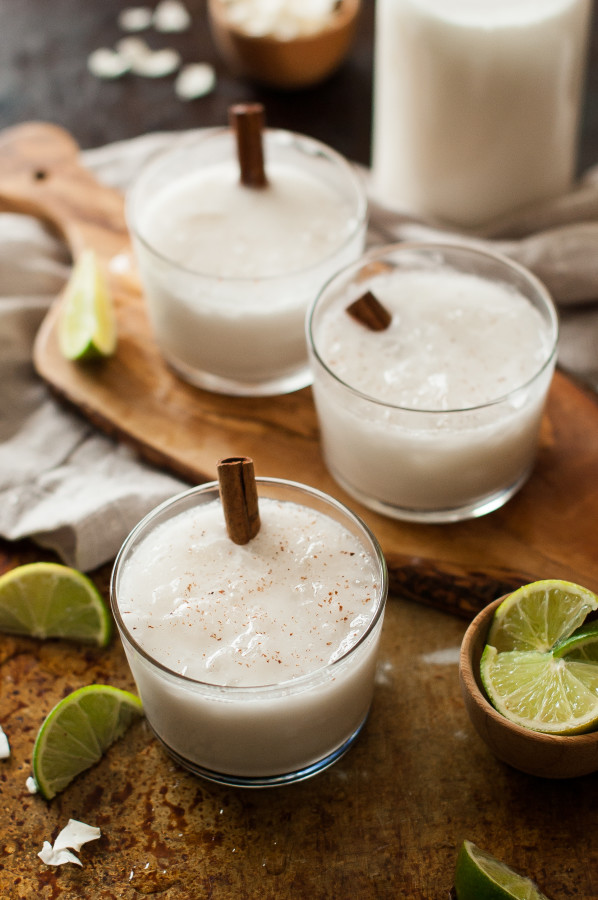