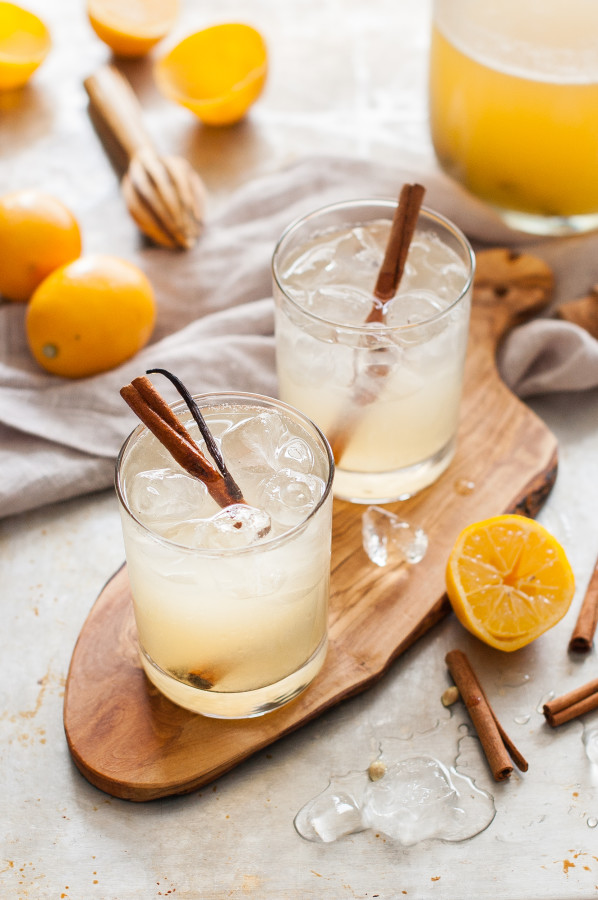 Although summer is really considered the ‘lemonade season’, I like to drink it all year long. And it really makes sense too, seeing as winter is when we really utilize a lot of citrus around here. I always have it around, brightening up my home. I keep lemons around at all times, specifically, because they’re freshly squeezed juice is a great natural remedy during cold and flu season.

This year I’m really squeezing every drop(haha) of use I can from Meyer lemons, which are available for such a short time. Which is unfortunate, seeing as they have such a lovely sweet flavor and are a little less tart then they’re regular, all-season counterparts. Meyer lemons are almost like a cross between a lemon and a clementine. The skin is so smooth, lacking large pores(which is the key thing to look for when picking out citrus) and they have such a vibrant color. Yellow, but a little orange-ish too. 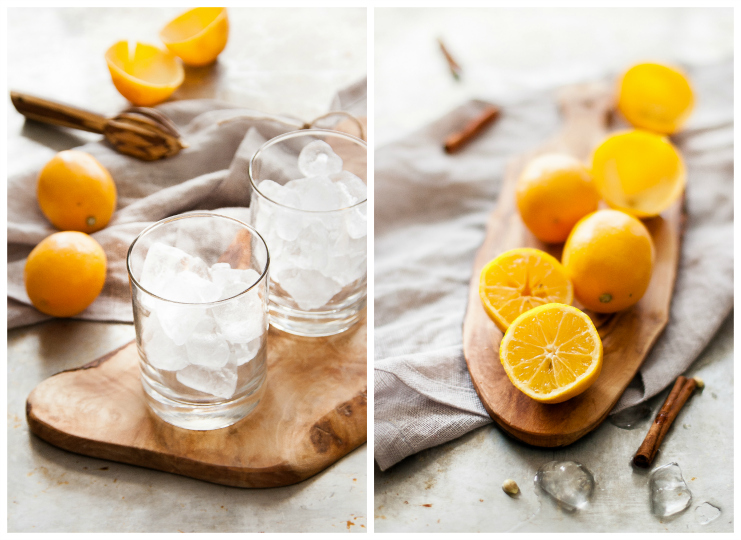 This drink is reminiscent of a lemonade that used to be on store shelves, but only for a short time. I believe it was called an ‘island’ lemonade, which didn’t really make sense. Maybe that’s why it was pulled. Regardless, I loved it. It was flavored with cinnamon and vanilla which may sound a little different, but it has come to be one of my favorite flavors in a lemonade. 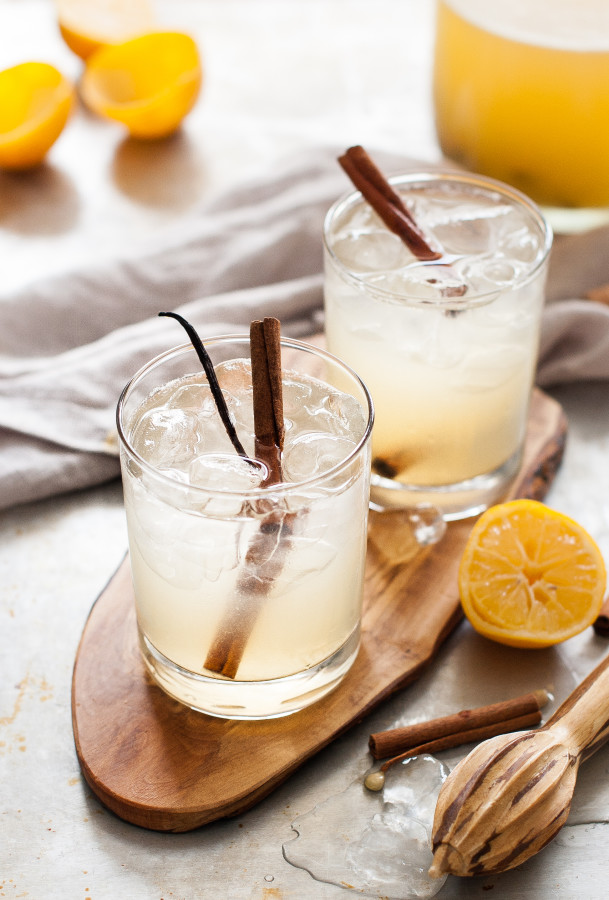 Cinnamon sticks and vanilla beans, along with their seeds, are steeped in a Meyer lemon simple syrup. Water is added and the drink is refrigerated for up to a week. Though delicious a few hours after being made, this lemonade really starts to shine around day 3 or 4. I found that 4 days after it being refrigerated the cinnamon really started to impart its spicy flavor while the vanilla added warm, soft notes to the mixture. 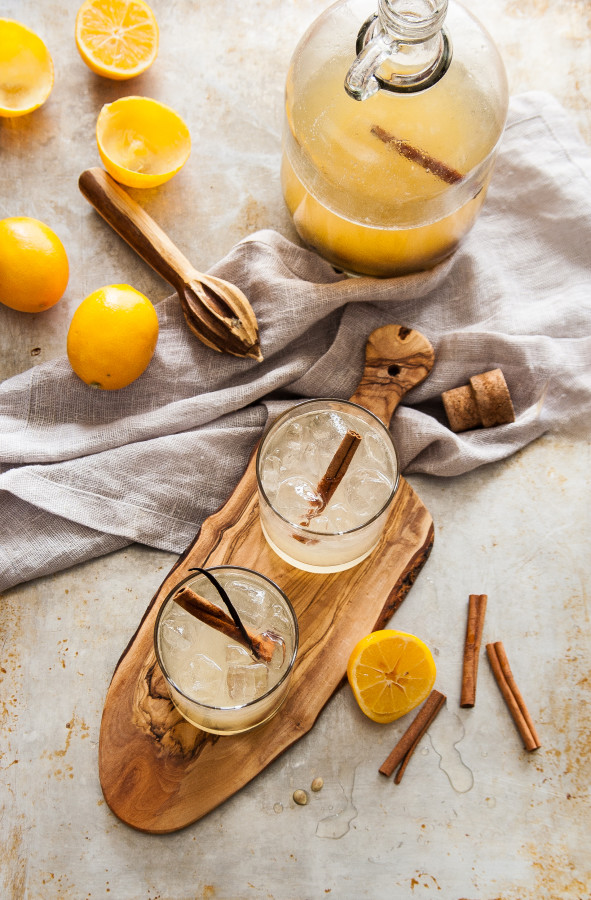 If you can’t find Meyer lemons, regular will do just fine. Check the sweetness of the simple syrup before you refrigerate it, as you may need a little more sugar to counter the more sour flavor of regular lemons. 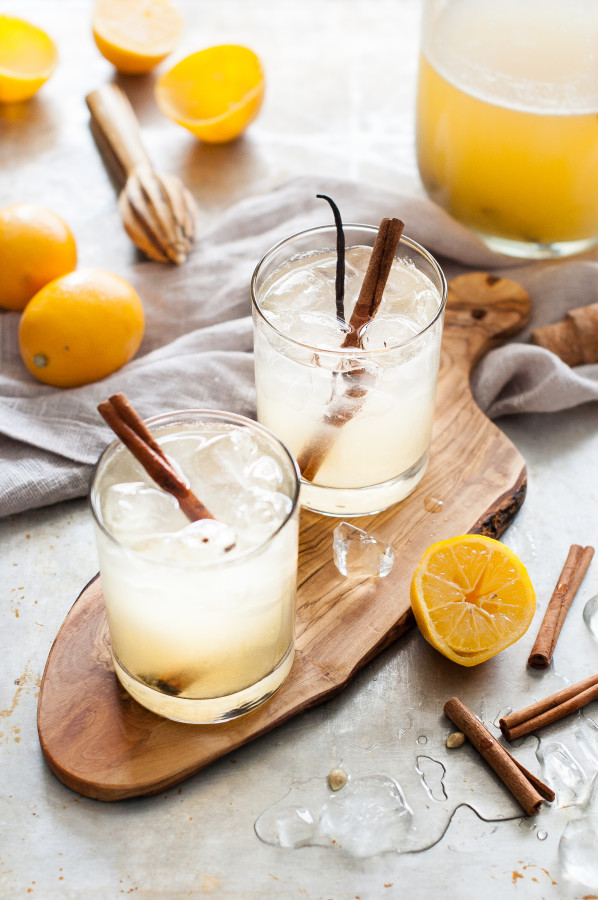 Print
This lemonade develops a better flavor the longer it sits in the fridge. I found that day 4 brought out the most flavor from the cinnamon.
Serves: Serves 6-8
Ingredients
Instructions
3.2.2925 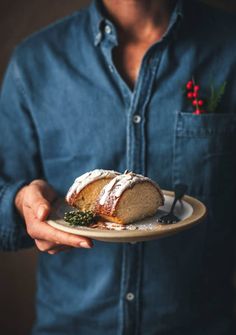