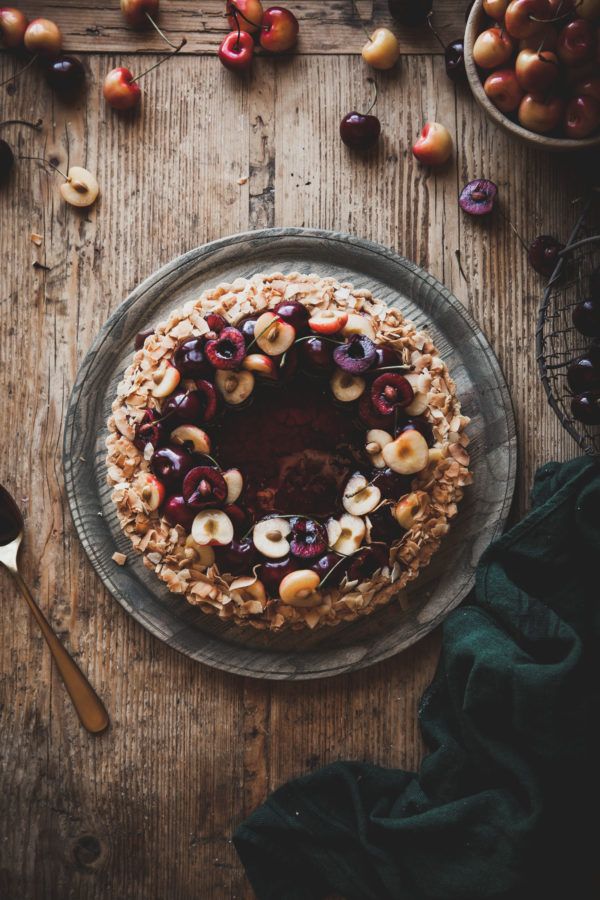 Last year I traveled through Israel with Vibe Israel and one day they took us up to the north of the country.

We spent the day in Galilee. First, we attended a vegan workshop at the home of a brilliant woman named Hagit. She lived off the grid in the most beautiful, cozy dwelling, equipt for living and cooking both in and out of doors. Hagit showed us how to make a variety  of  plant based dishes, and allowed us be involved in the process, hollowing out tiny squash, rolling grape leaves filled with rice, and making a vibrant pink beet tahini. 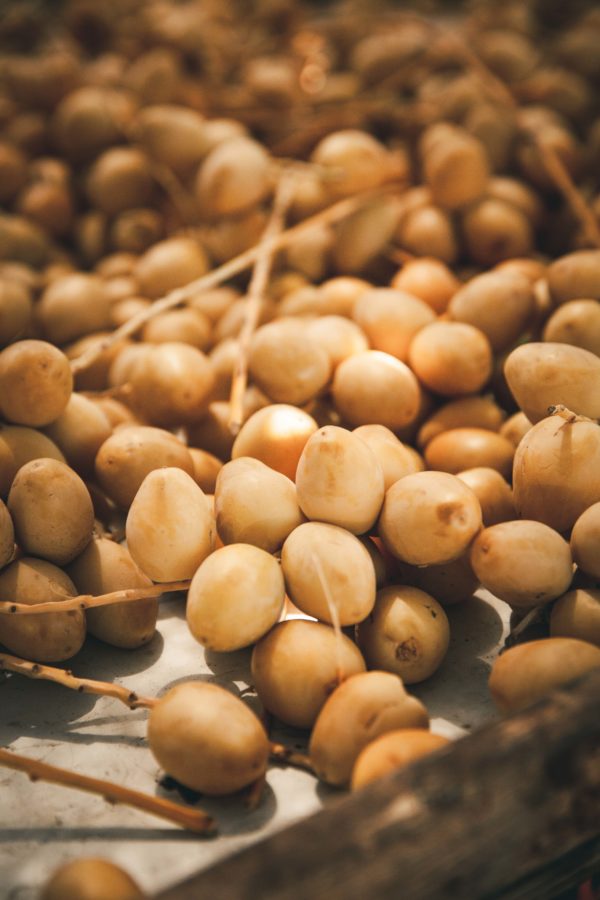 She also introduced me to the most magical hot, creamy Indian chai and I’ve not stopped thinking about it since.

I just fell in love with Galilee. It’s greener than the south, full of rolling hills and trees. 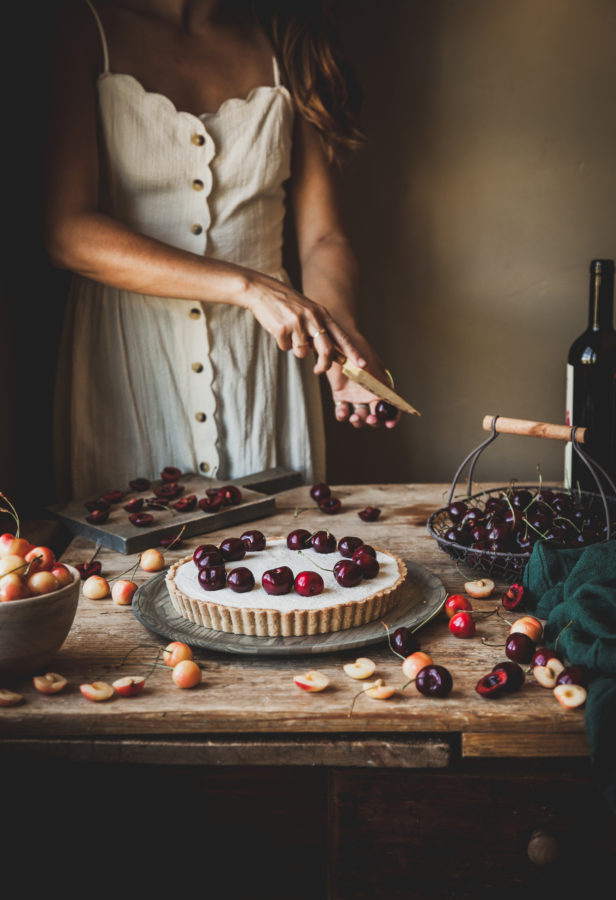 That afternoon we headed to an ice cream shop called Buza, went to the market next door, then headed back to Buza to make our own frozen confection with the ingredients we’d found. So much fun!

We spent the later part of the day trying out world award-winning cheeses at Shirat Roim and then afterwords went next door to the Lotem Winery. 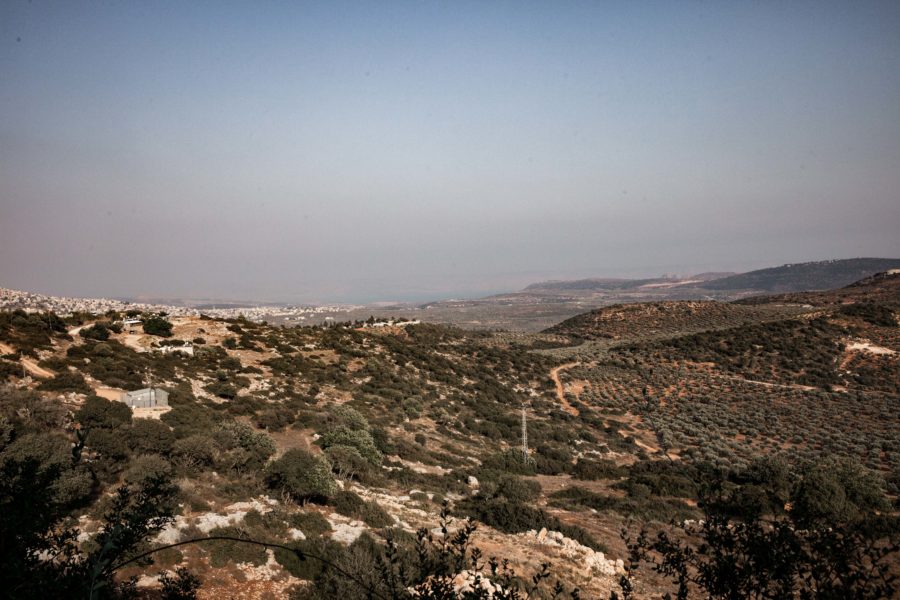 The winery has a deck out back that looks out over the Sea of Galilee. Rumor has it that people come and buy a glass of wine just so that they can get a photo with this stunning view.

We enjoyed a truly wonderful dinner here (I’ve never had lamb shanks that were as incredible as the dish they served here), but my favorite was the ending.

I’d had malabi before, but the version they served here was upscale, molded and topped with cherries cooked in wine syrup and toasted coconut flakes. 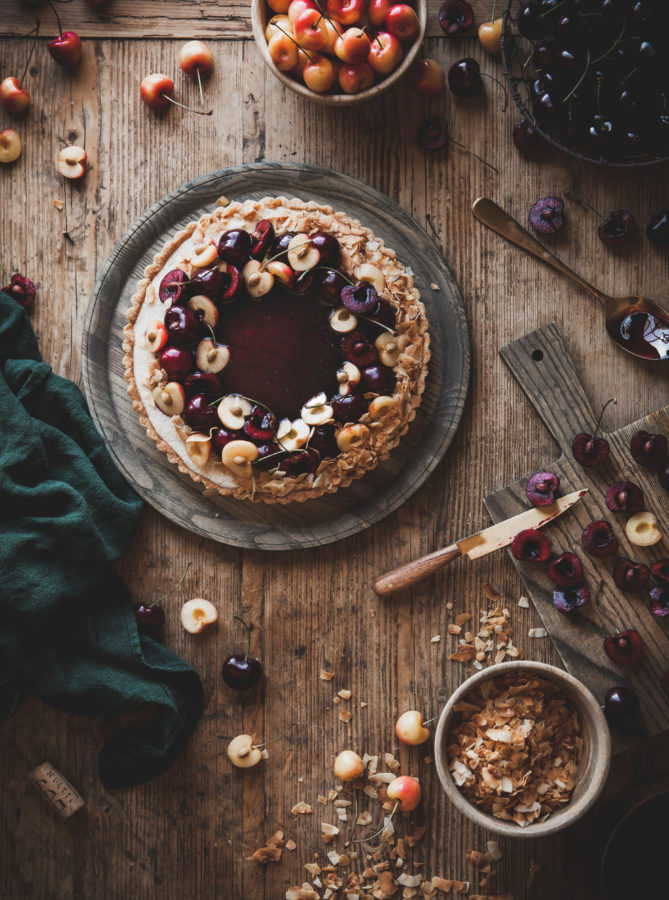 I’ve tried 8 different Malabis in Israel and this one is still my favorite.

I wanted to replicate it at home, but decided to change things up a bit and make it in to a tart.

The crust is made up of almond flour and coconut and when cooked the coconut becomes so fragrant and crunchy. Because it is made with nut flour and coconut, however, it doesn’t stay crisp long once the filling is added so make sure to eat this the same day it is made. I can’t say it keeps well! 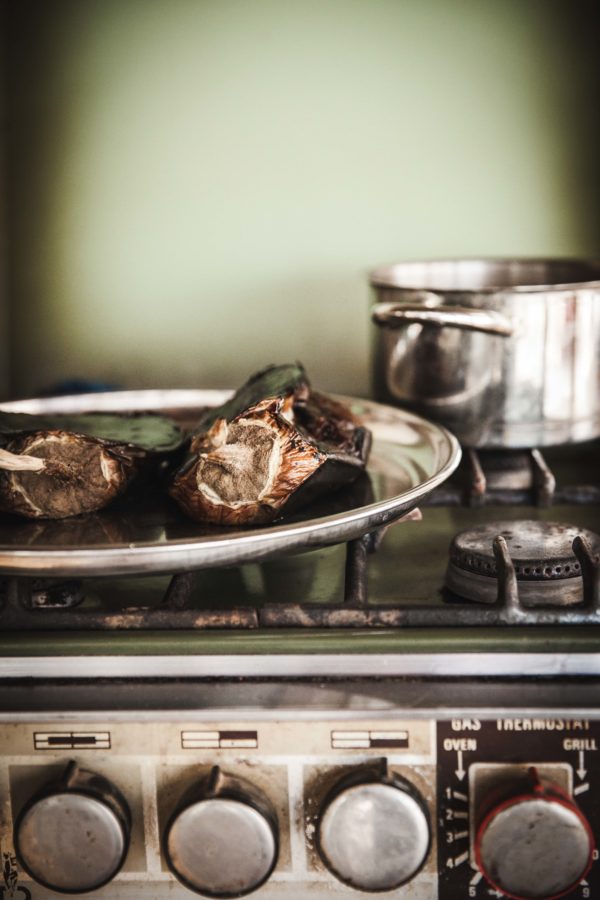 The filling is so simple and so creamy. It’s the perfect base for cherries cooked in a red wine syrup (I even used a bottle of wine that I brought back from the Lotem Winery for this exact dessert!).

The toasted coconut on top adds such nice texture and pairs so nicely with the vanilla and creamy coconut flavors. 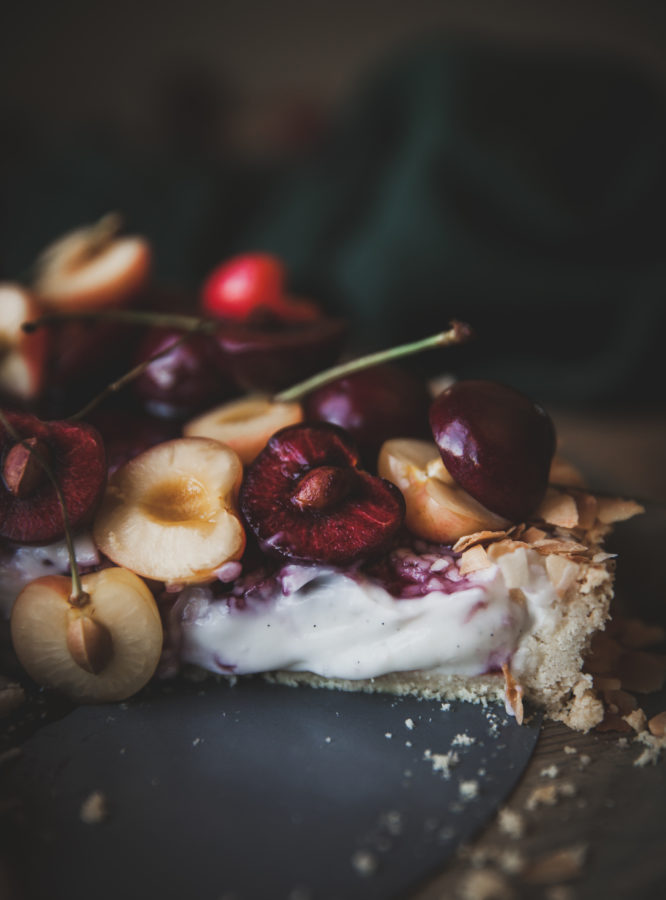 I’d suggest doubling the cherry wine topping recipe and saving the extra for anything else you’d like to use it for! Ice cream topping, Danish filling, cheesecake topping, whatever! 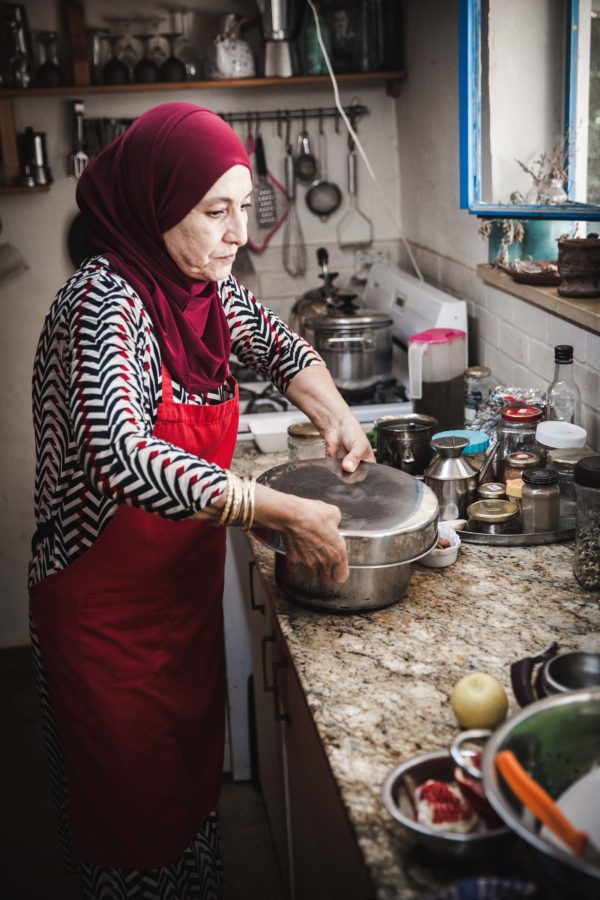 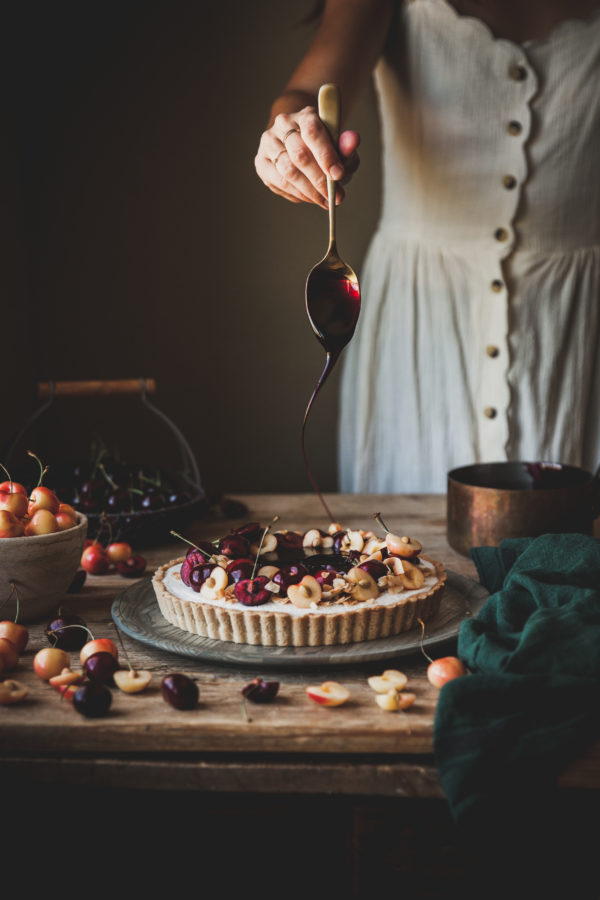 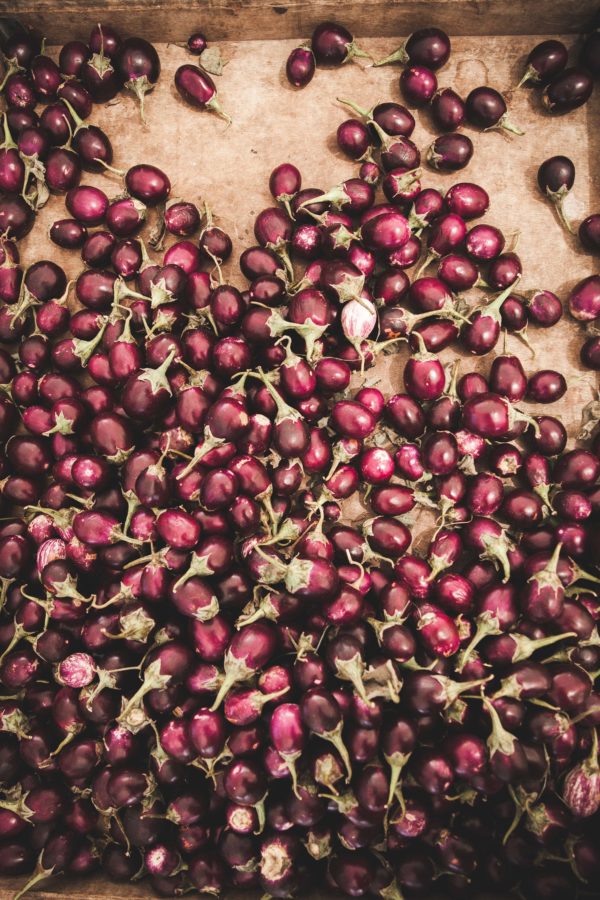 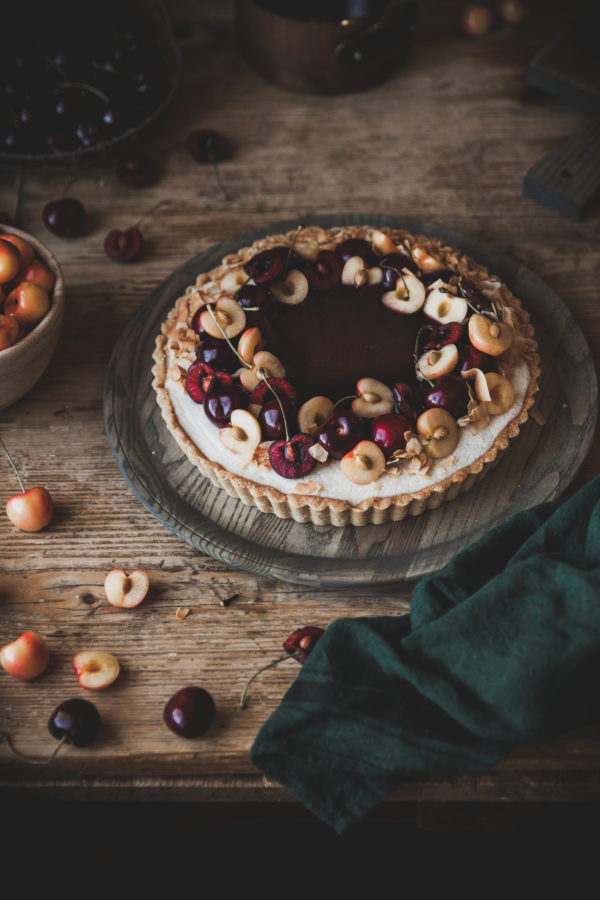 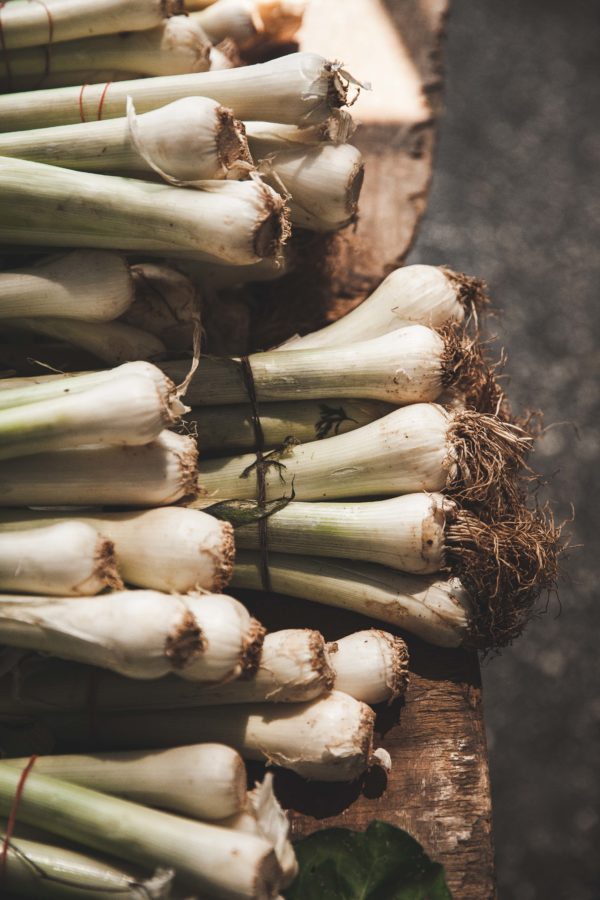 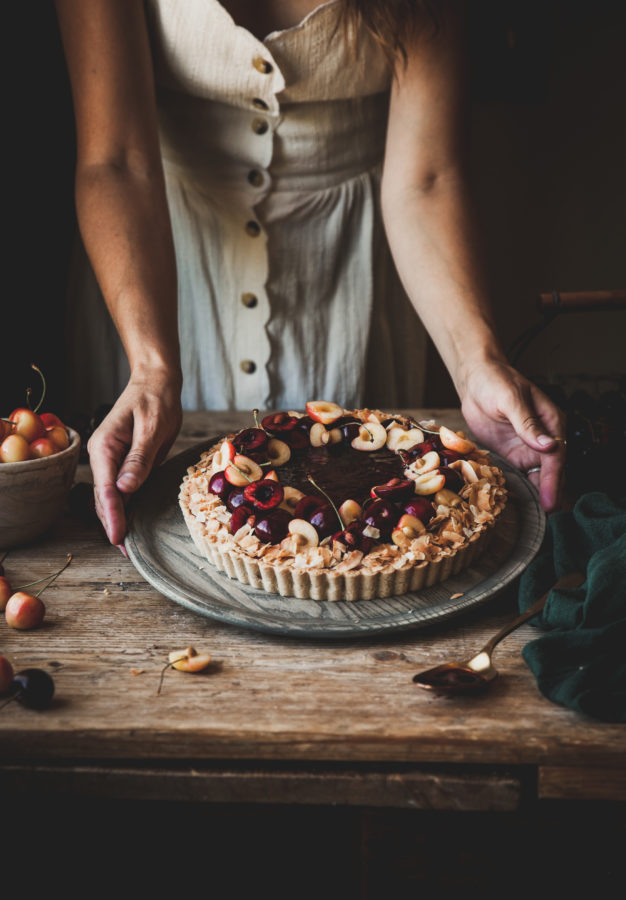 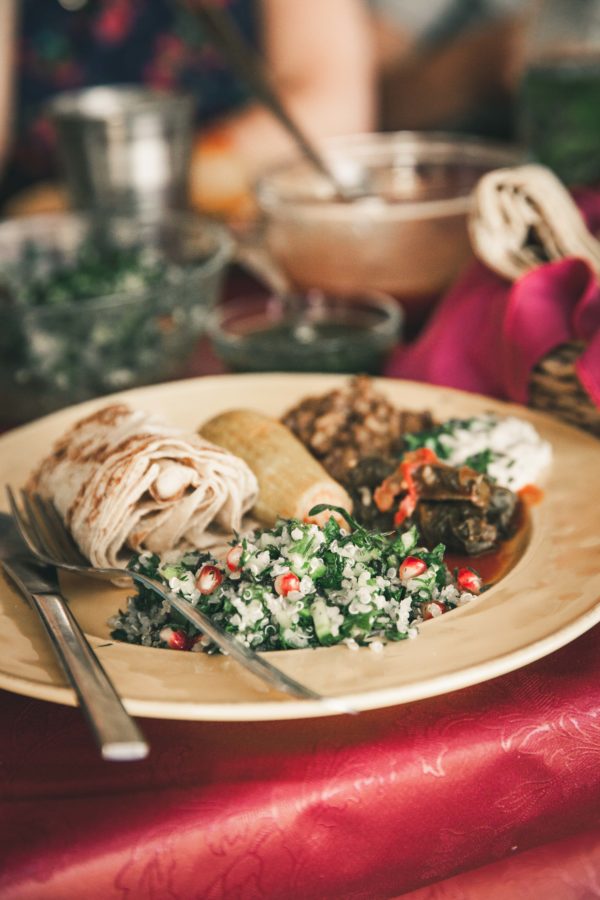 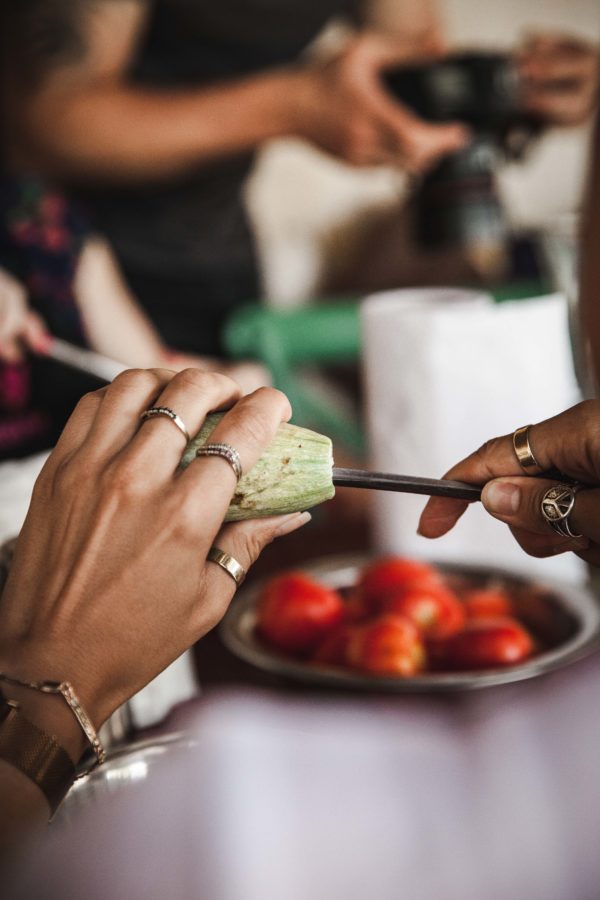 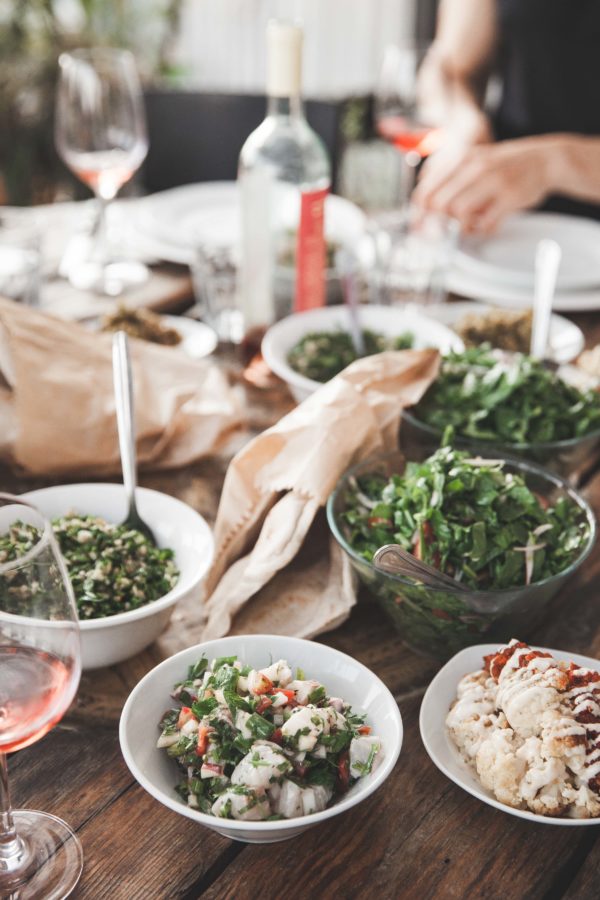 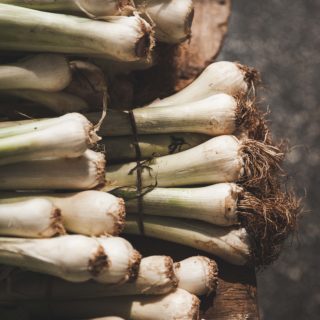 Print
*This tart is best eaten on the same day it is made as the crust will not keep it's crispness past the first day.
Serves: one 9 inch round tart
Ingredients
Instructions
3.2.2925