*This Rosewater Malabi + Peanut & Coconut is gluten free with an option to be made dairy free, as well. 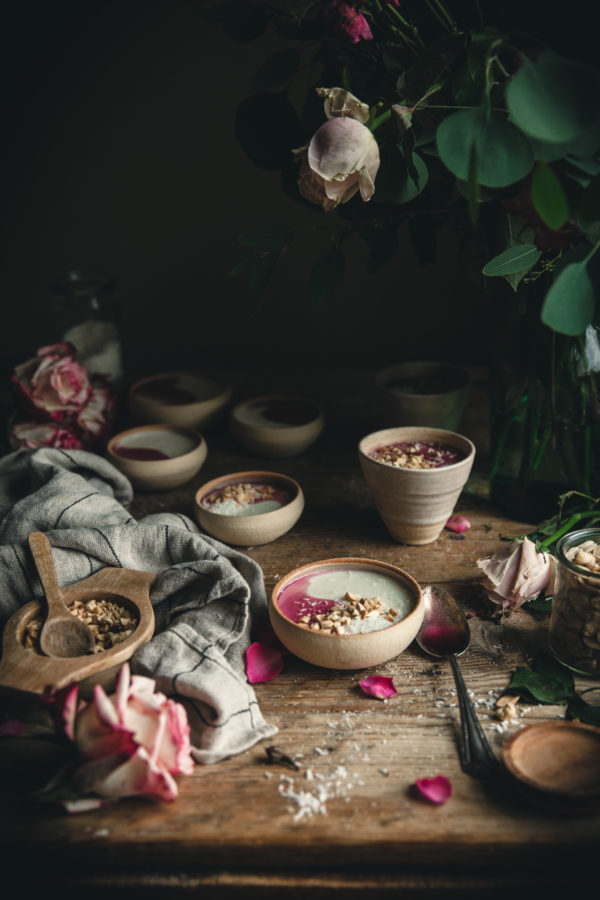 After spending a little time over the last two summers in Israel, one thing is for certain. Malabi is a staple and a delicious one at that. You can find it everywhere, from high end restaurants to street vendors.

I think I tried Malabi three or four times during EACH of my visits, and every single one was delightful. 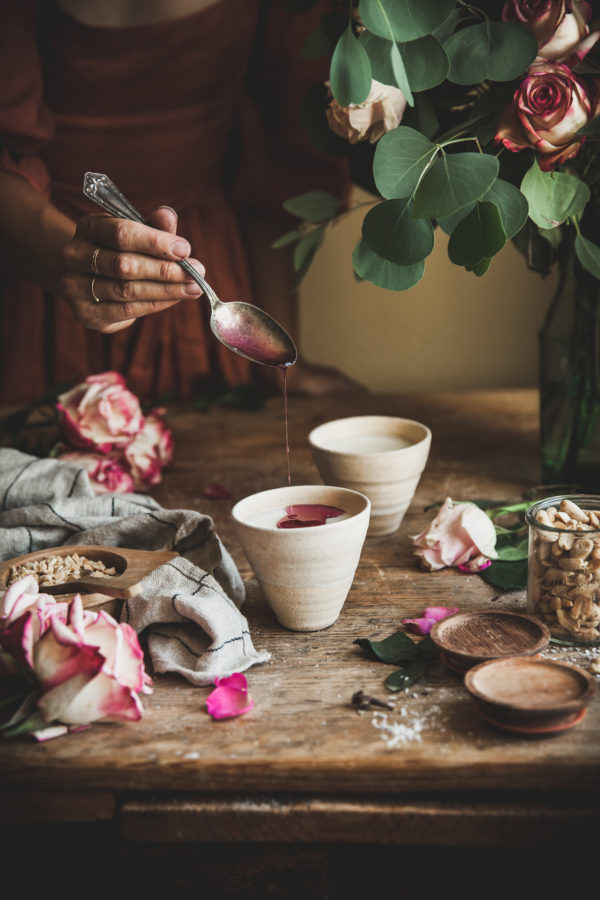 If you are unfamiliar with Malabi, it is basically a milk-based pudding that is thickened with cornstarch. It can also be made with coconut milk – I’ve tried it both ways and can’t say that I like one or the other better. They are both delicious in slightly different ways.

Malabi is a very popular dessert in the Middle East. It’s origins actually date back to the early 200’s in Persia. Malabi was originally thickened with rice flour, but today cornstarch is more commonly used as it’s texture is less grainy. 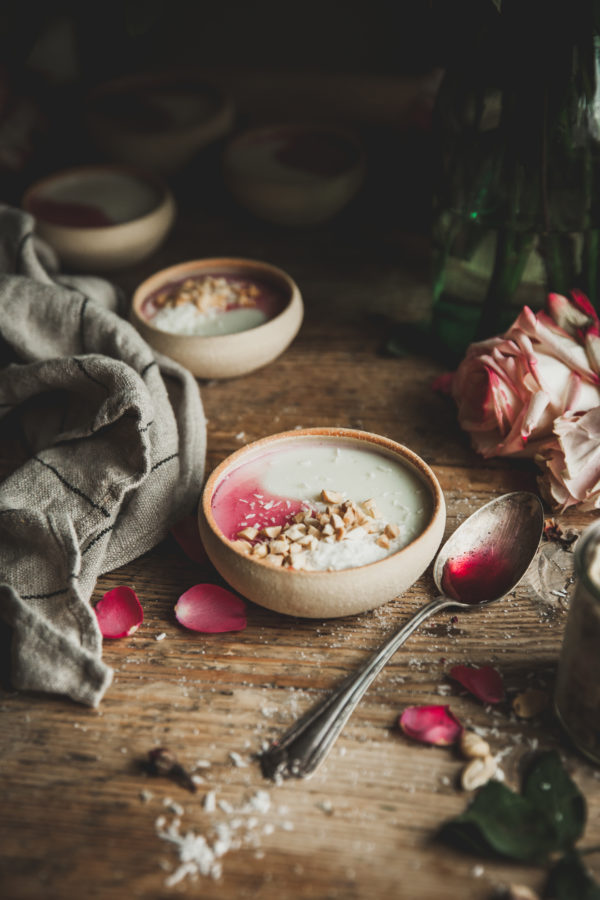 Malabi is almost always topped with a rosewater syrup. Nuts and coconut are popular toppings. Pistachios and peanuts seem to be often used, and I have to admit, I really love the combination of peanut and coconut with the floral syrup and creamy pudding. 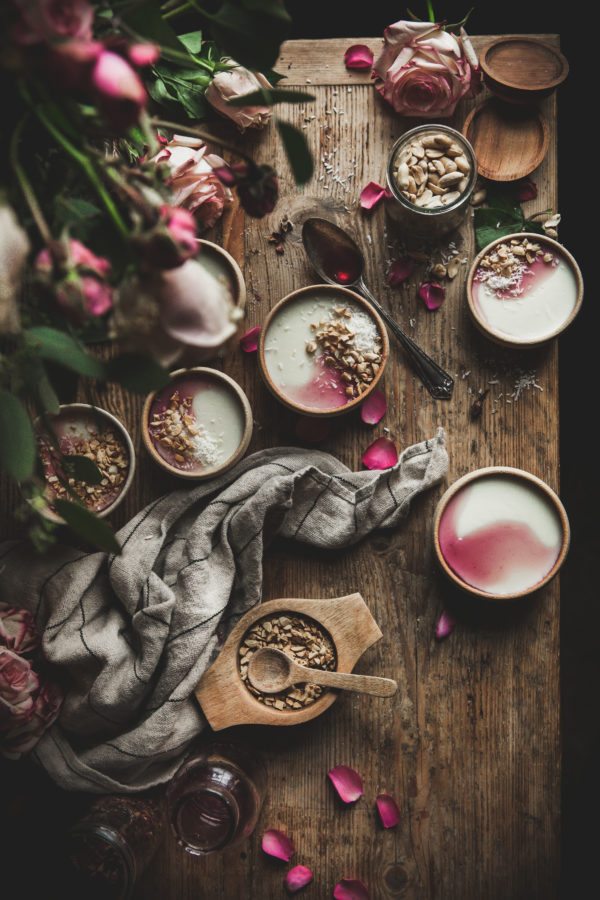 Rosewater does not have a color, so often times a food color is added in, or a fruit juice or syrup is used to give it a nice, rosy color.

I prefer to avoid the use of artificial colors, so I’ve used a bit of blackberry juice to give my syrup a pink color. You could also use cherry juice, pomegranate juice, powdered freeze dried berries, or even steep the syrup with dried hibiscus blossoms for a vibrant pink without a lot of added flavor.

I use this Rosewater 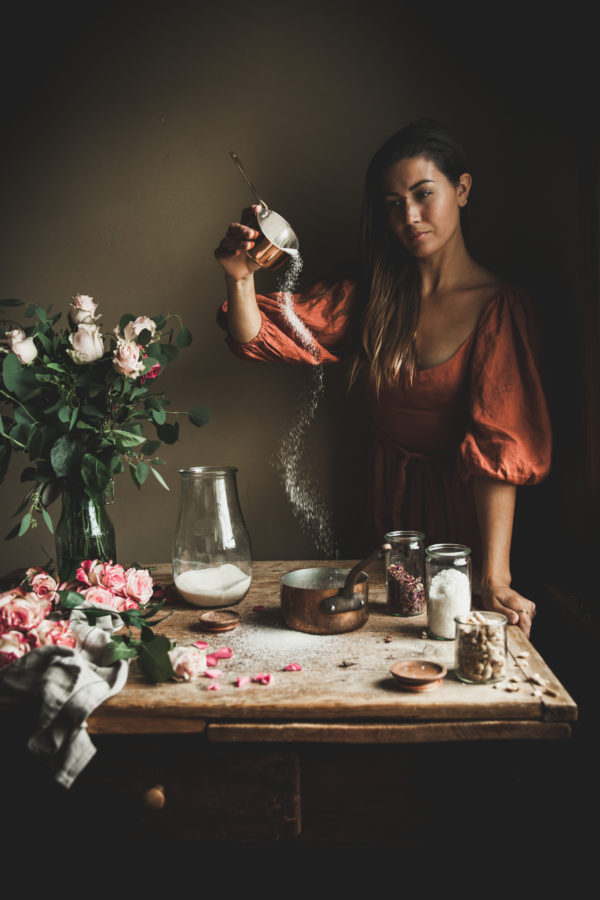 A few tips for making Malabi:

*Make sure that you boil the pudding long enough after adding the cornstarch. If the cornstarch doesn’t cook long enough, the starchy taste won’t cook out and your pudding will be a bit…pasty. Once you’ve added the cornstarch and it comes to a boil, you’ll want to cook it at least 30 seconds while stirring constantly so that it doesn’t burn. Remove it from the heat and continue to stir it for another minute so that it doesn’t scorch before it has a chance to cool enough.

*The malabi will eventually form a skin after it’s been chilled. This isn’t a problem and won’t affect the taste, but if you’d like to keep the texture uniform there are two things you can do. One, if you have lids that go to your cups or ramekins that you are using to serve the malabi in, place those lids on the cups as soon as the hot malabi is poured in. Condensation will form as it cools and it will keep the top of the malabi smooth and silky. Two, you can press plastic wrap on top of the hot malabi before refrigerating it. Once it is chilled, you can pull back the plastic wrap and you’ll have a smooth, creamy surface. Then you may add toppings as desired. 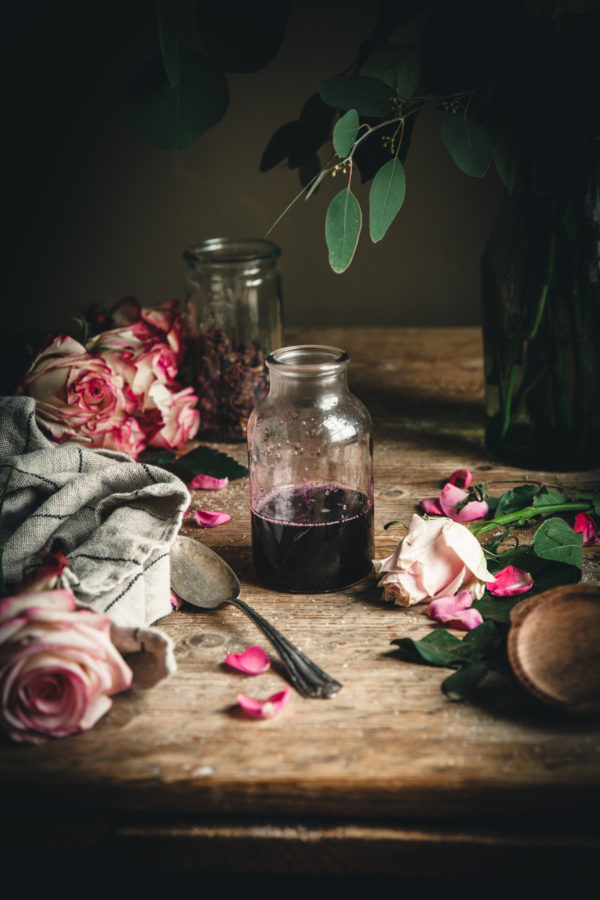 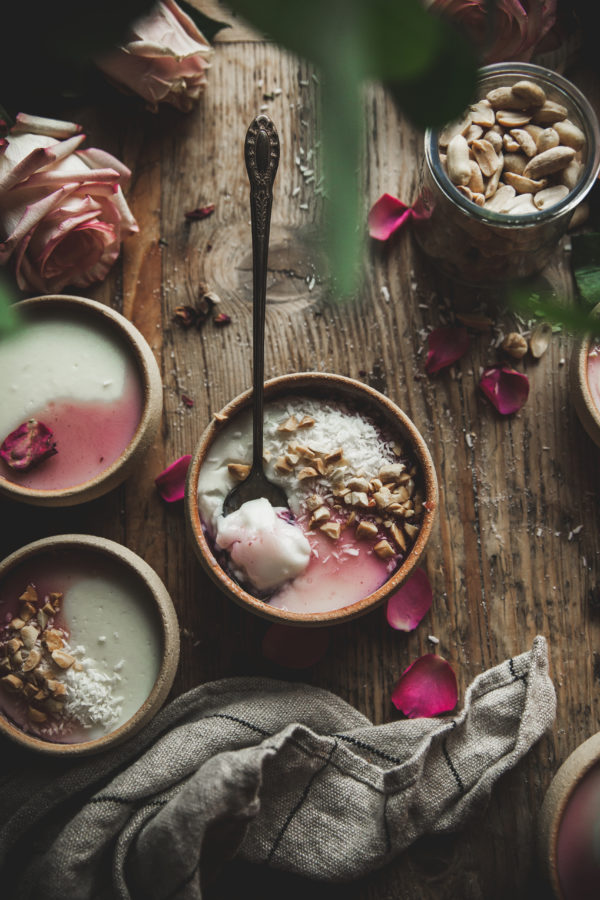 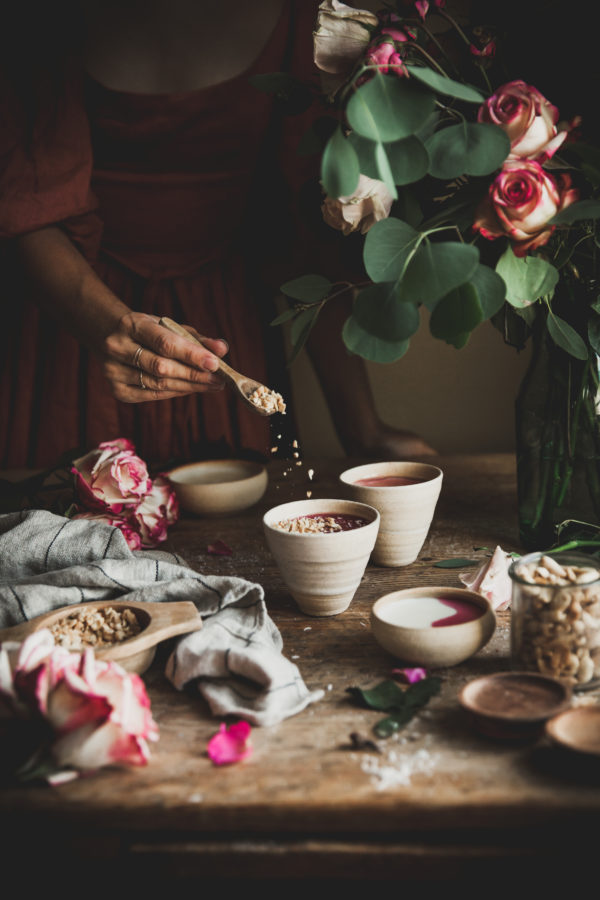 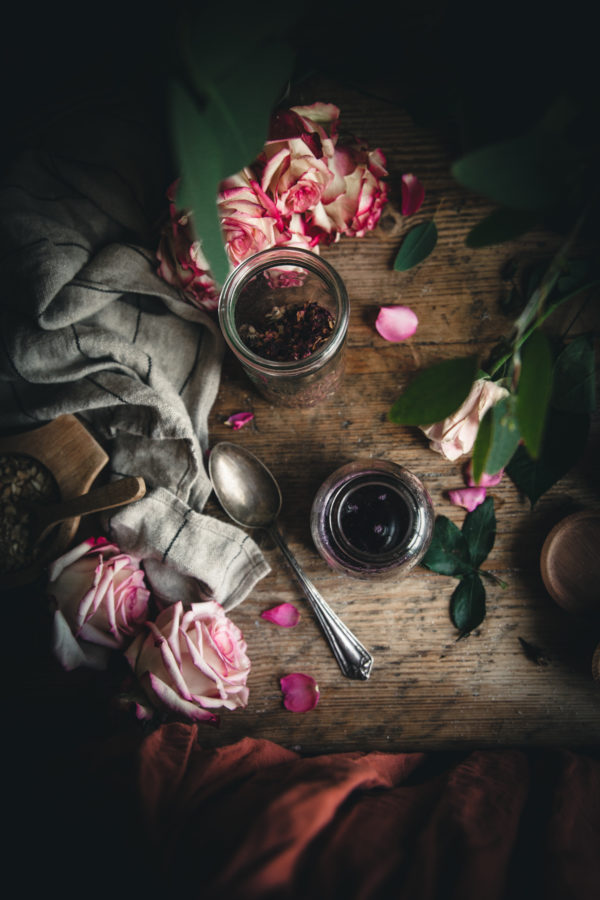 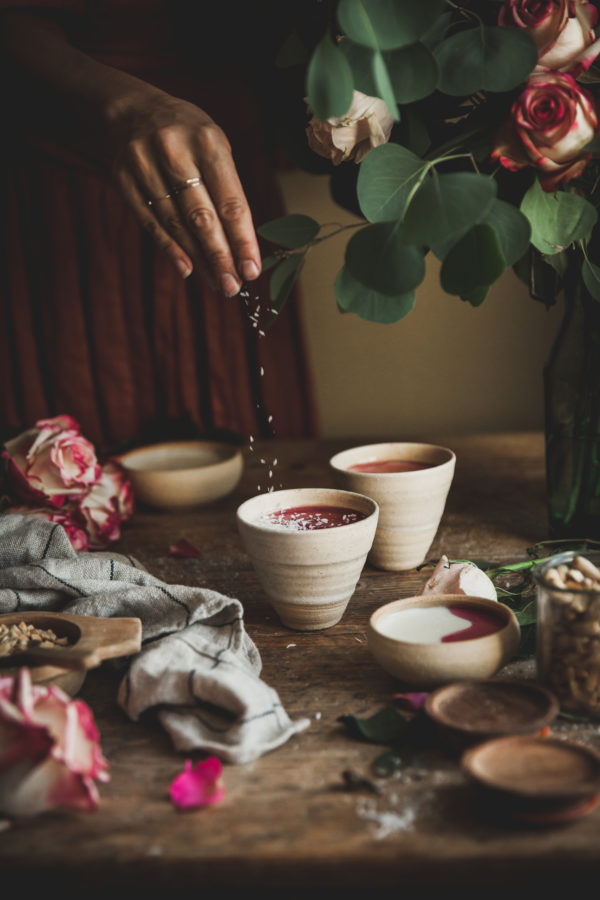 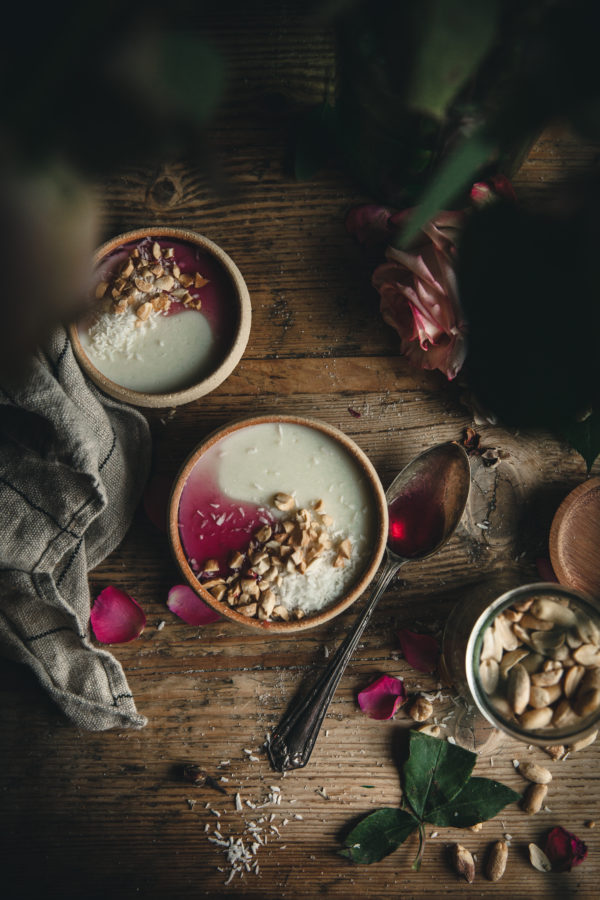 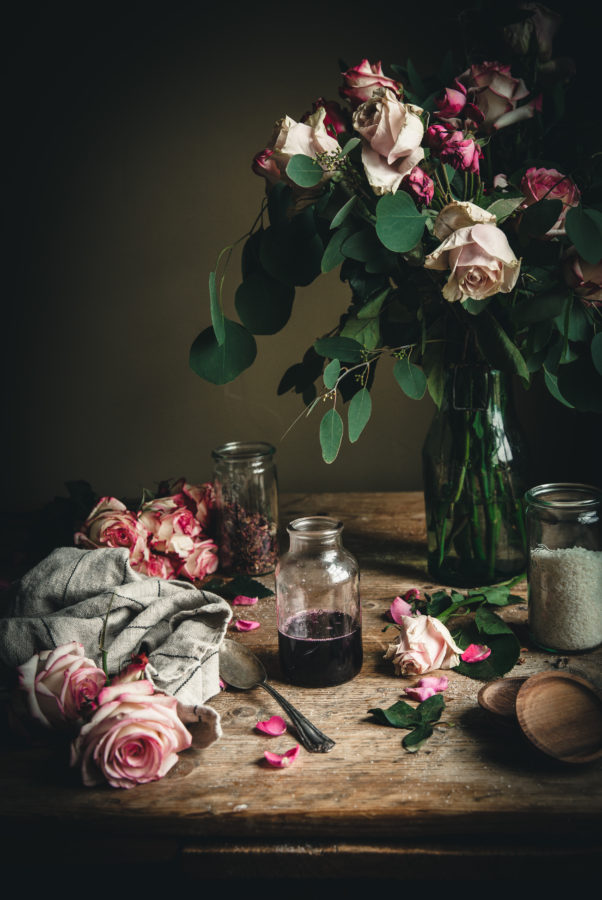 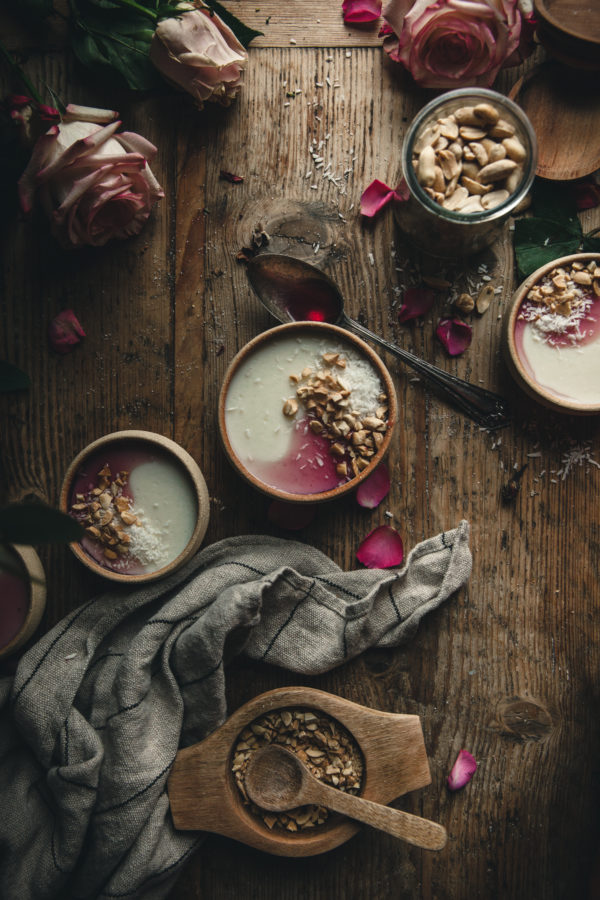 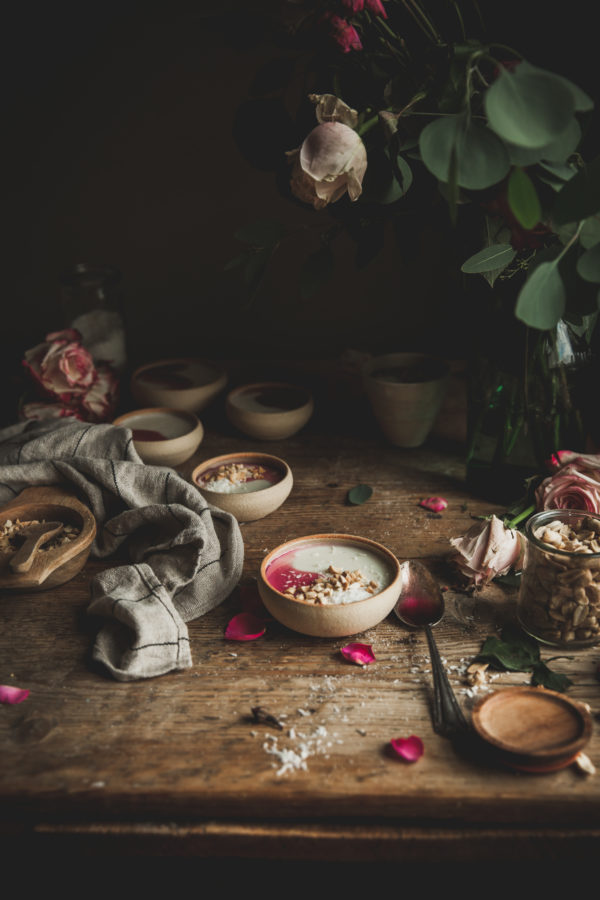 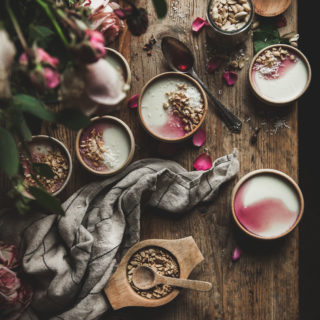 Print
*Wait to top malabi with syrup, nuts and coconut until just before serving. Malabi and syrup can both be made several days in advance. Store both in the refrigerator.
Serves: 4 servings
Ingredients
Instructions
3.2.2925