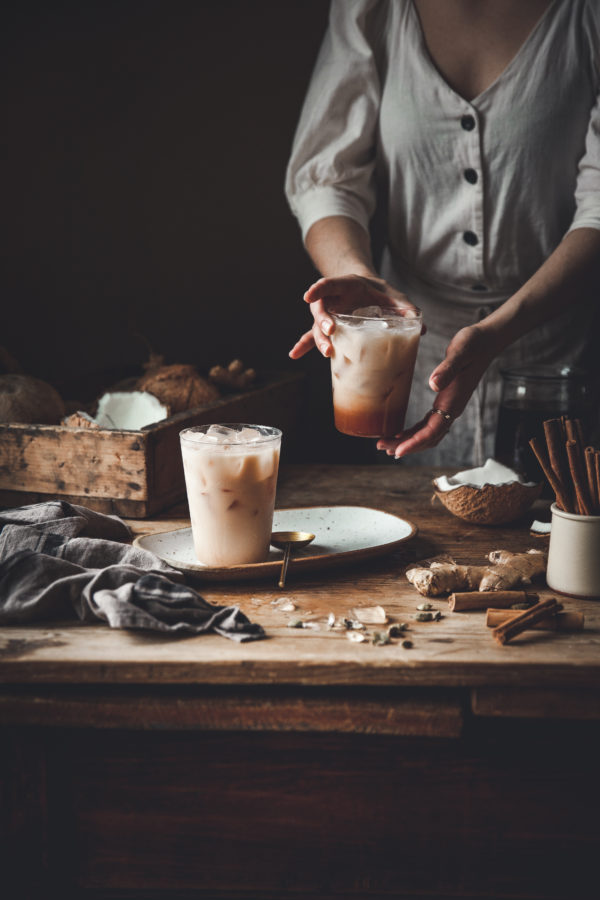 I’m writing this on my phone as I sit on an airplane heading to Vegas with my husband for a quick anniversary getaway – so we’ll see how the formatting turns out, haha! Sure would love to be typing it from my laptop but that is currently in the shop getting a new charging port installed. The joys of raising children, folks. Anything you own that is remotely nice or costly has a target on it’s back the instant those adorable gremlins make their way into the world (this is the second time I’ve had to replace the charging port in a year so I feel like the term gremlins is fully justified). 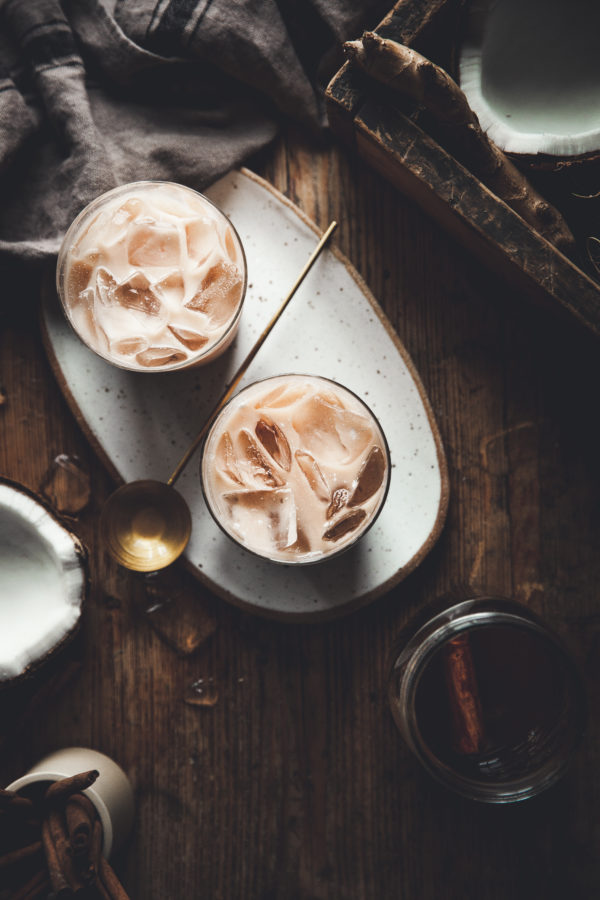 Last year I arrived at an off-grid homestead in the hills of Galilee and the first thing I was served upon my arrival was a steaming hot cup of homemade Indian Chai by a woman named Hagit. Chai had never been something I’d had much of before, probably because I’d never tried THIS particular chai. It was pure magic. The spices sang through a sea of creamy almond milk in a way I had never experienced before.

Of course I begged for the recipe and she obliged. I traveled home and tried to make the tea again but my effort paled in comparison to the glory that I was served back in Israel. 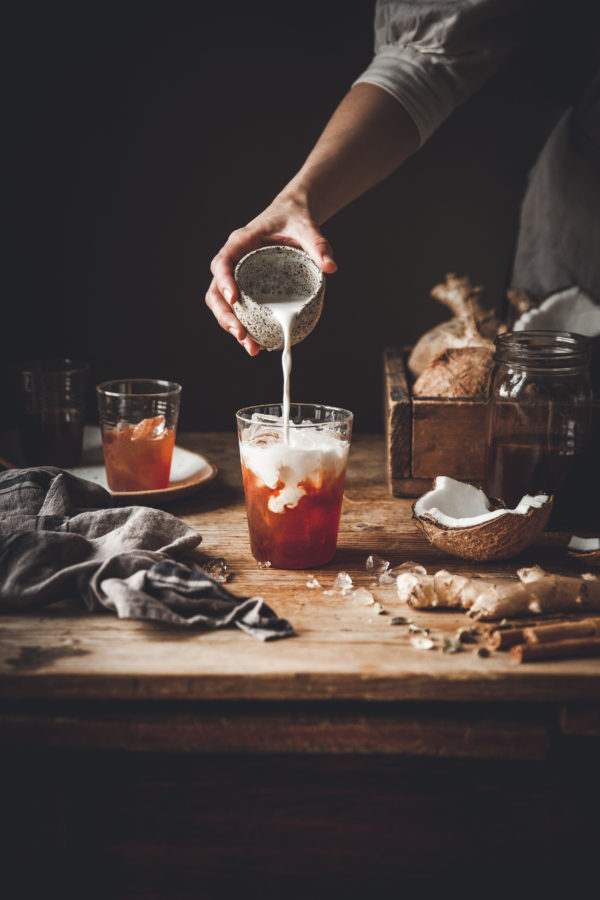 Fast forward to a few weeks ago when my baby sister walked in the door with an iced chai latte from the local coffee brewer and insisted that everyone try it – and for good reason! It was uh-mazing. I was instantly transported back to that hot, late-summers morning in Galilee and my need to recreate that chai had a new fire lit beneath it. 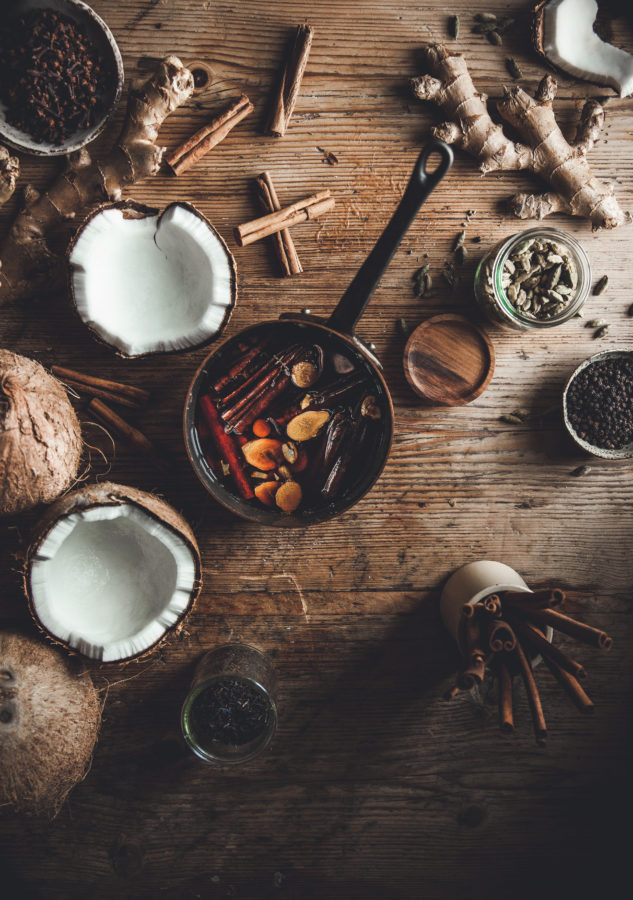 Of course, I checked out that coffee shop to see if I could find out what chai blend they were using so that I had something to go off of, but turns out that the brand they use is not sold to the public. Not cool, man!!

So, using the recipe that Hagit had giving me coupled with several trials and errors, I made a blend that worked for me. Increasing the amount of spices made a big difference. I think the spices available here in the states (or at least the ones I found) are less potent or not as fresh as those in Israel. So, if you feel that the spices you have access to are very fresh and potent you would probably be ok to use less than what I have listed here. 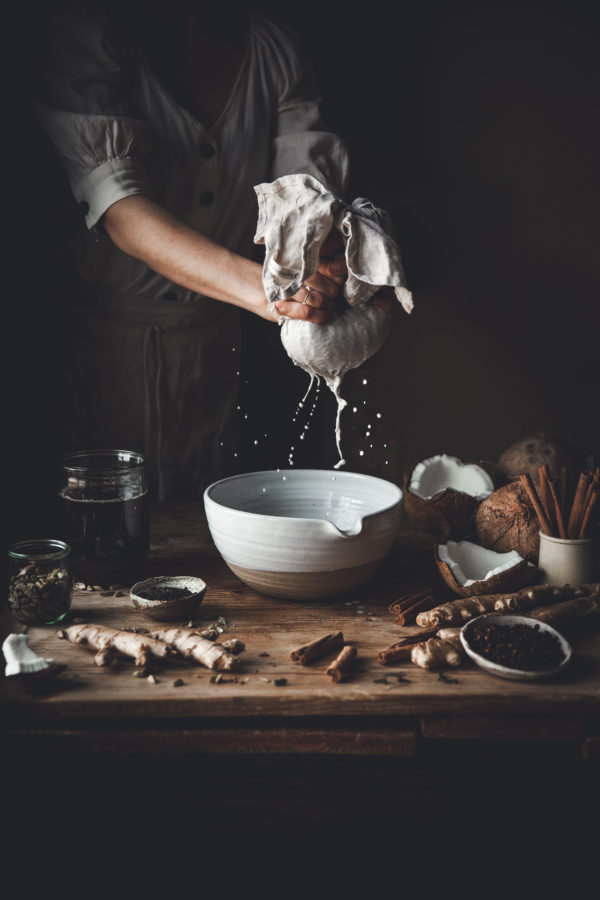 You could use any kind of milk or nut milk to make this latte, but I went with coconut because it gives the most wonderful exotic and fresh touch to this drink. I’ve included a recipe for making coconut milk from a fresh coconut, but you can follow the same recipe using dried flakes coconut instead. Just make sure that you aren’t using sweetened coconut! I usually use the large dried flakes and they work wonderfully. 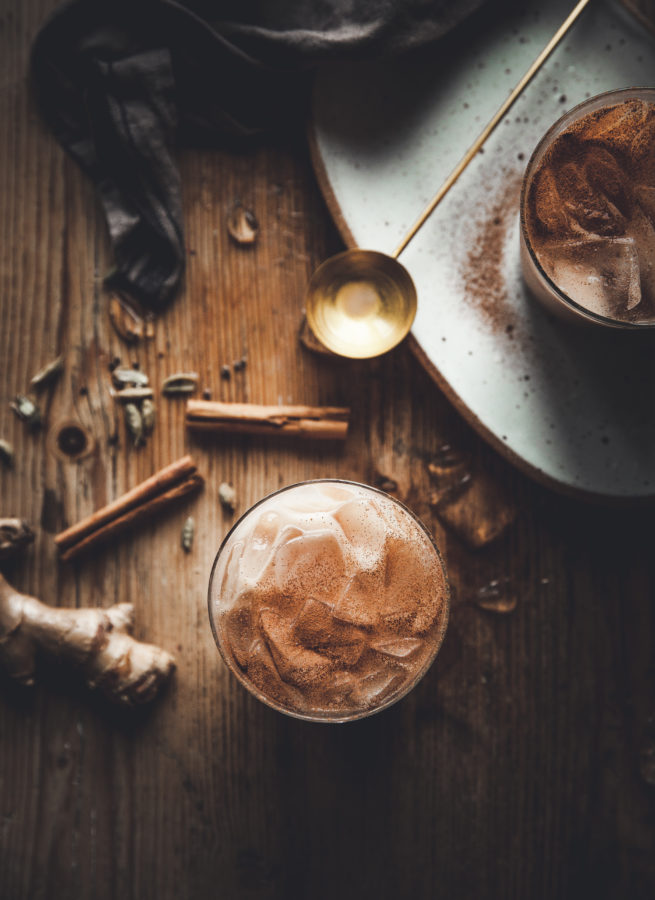 One trick I found to make sure that the cinnamon really comes through in the chai concentrate? Place a cinnamon stick in the jar with the liquid. Let it sit overnight in the fridge and it will infuse the mix with a nice cinnamon punch. 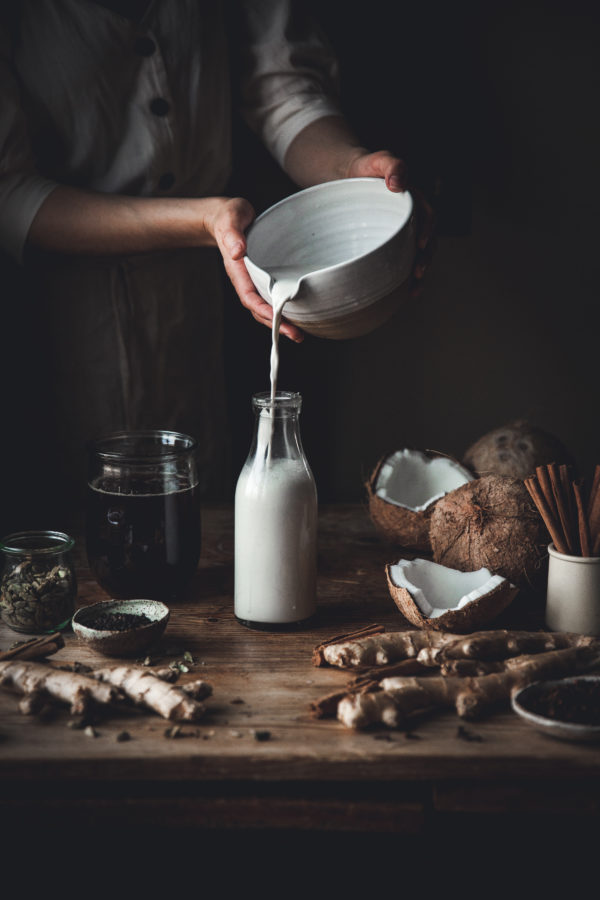 Make sure to test the mix for sweetness – you’ll want the concentrate to be sweeter than the finished drink since it will be mixed with coconut milk. I like a ratio of 2 parts chai to 1 part coconut milk, but test for yourself and customize it to your preferences. 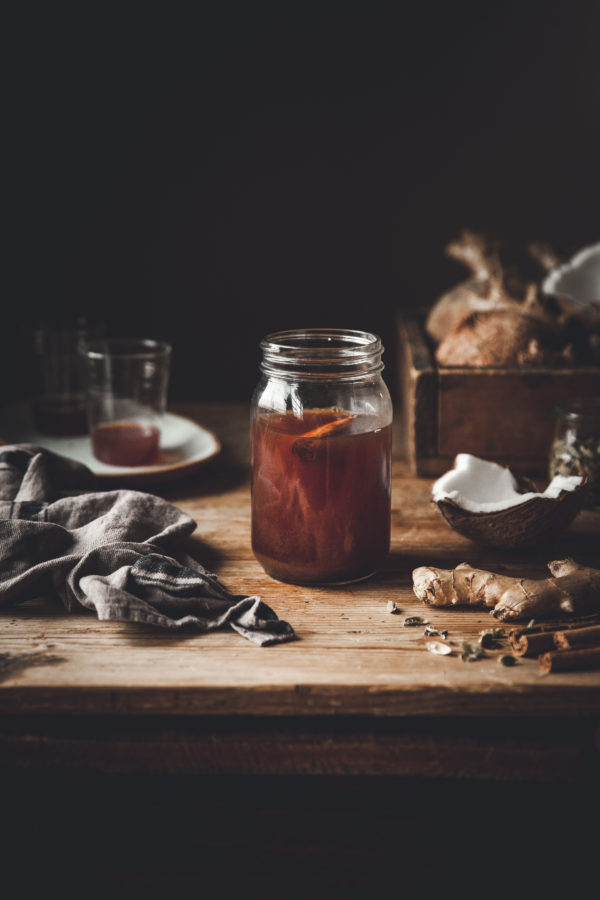 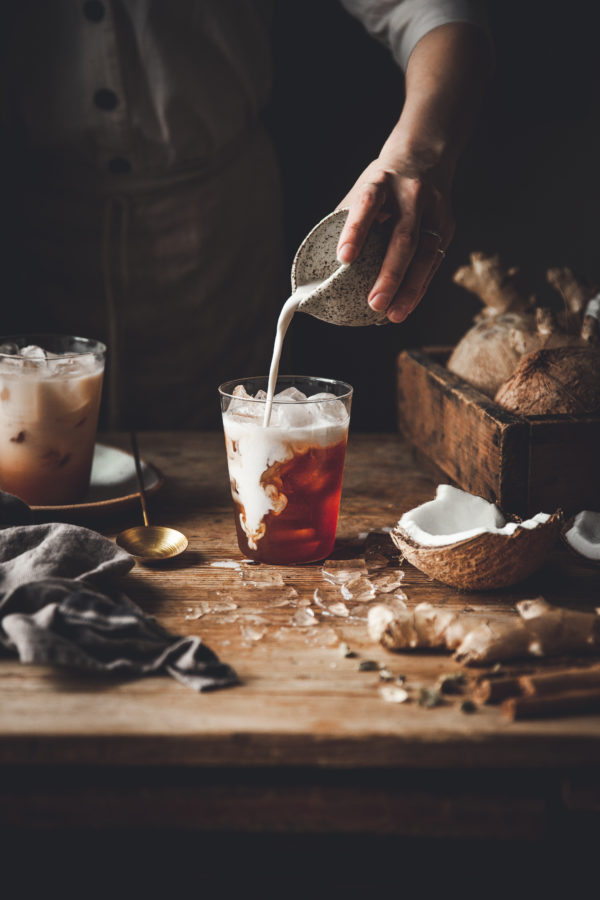 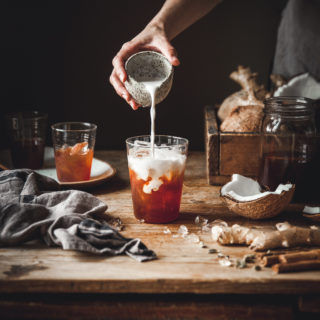 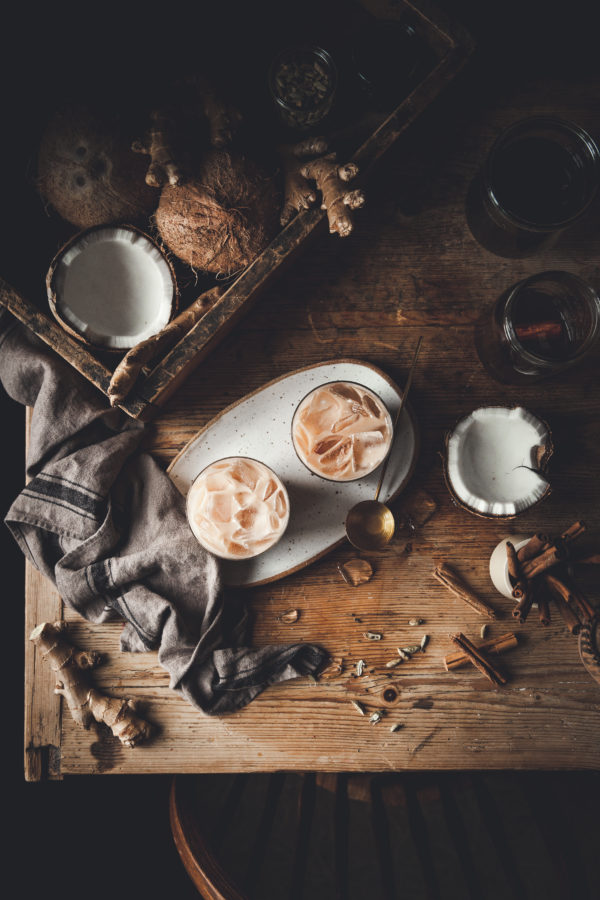 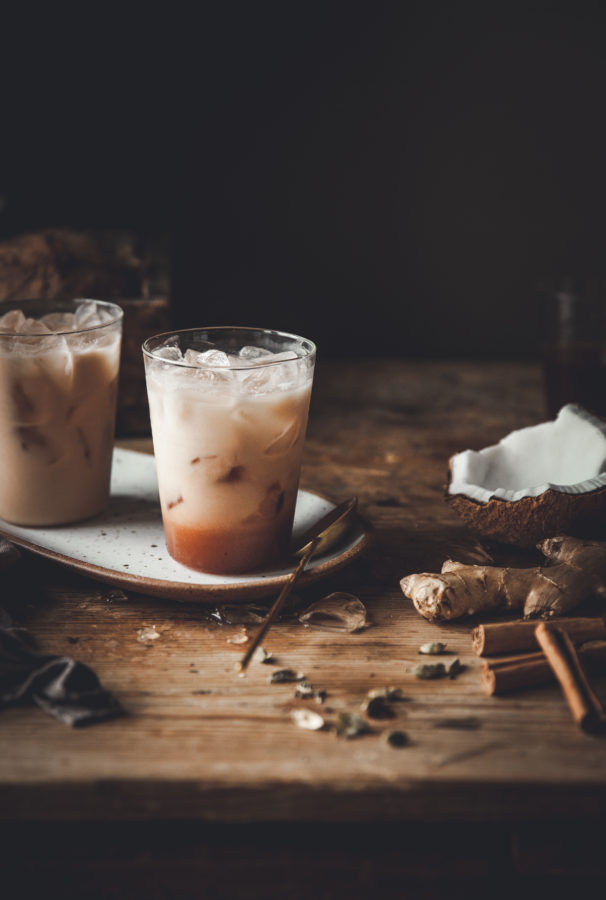 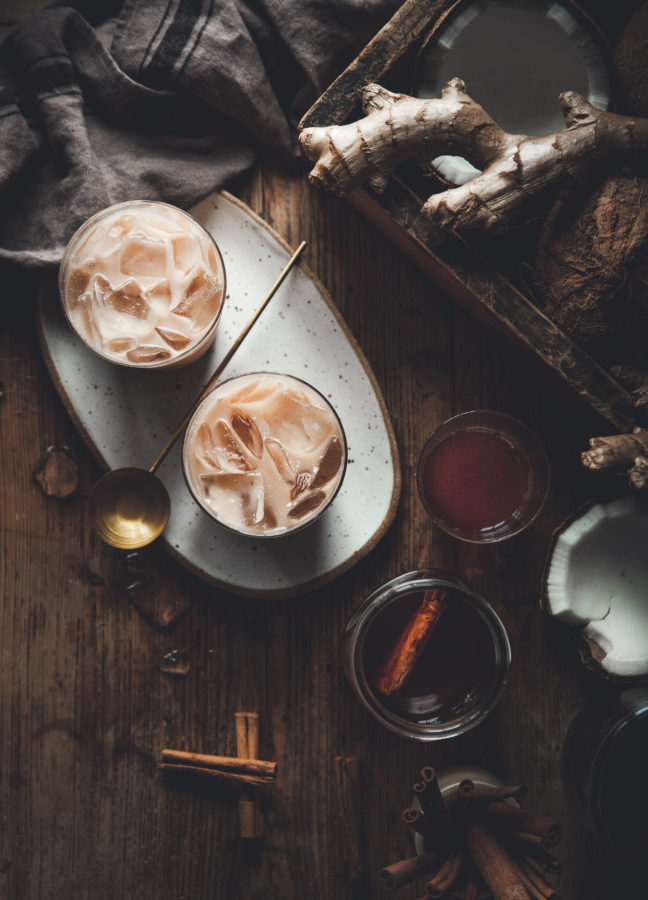 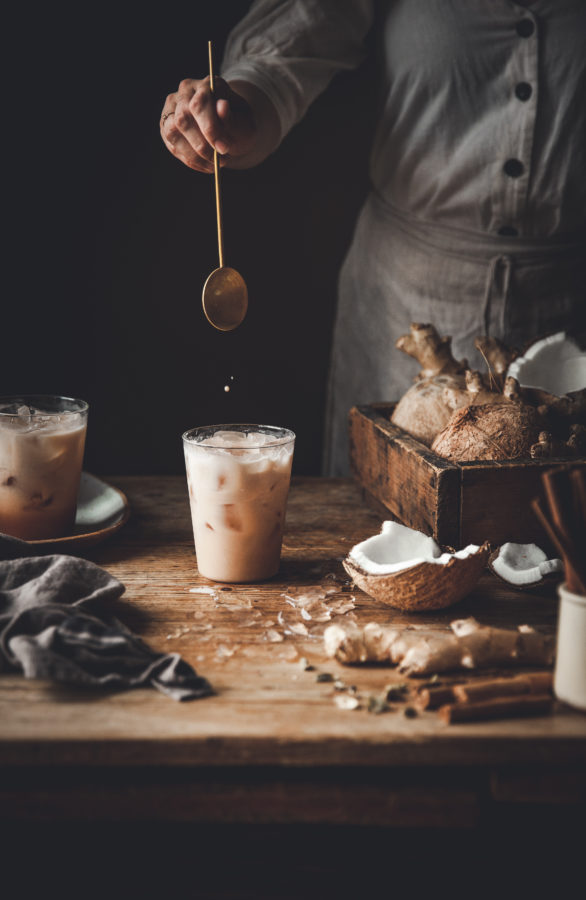 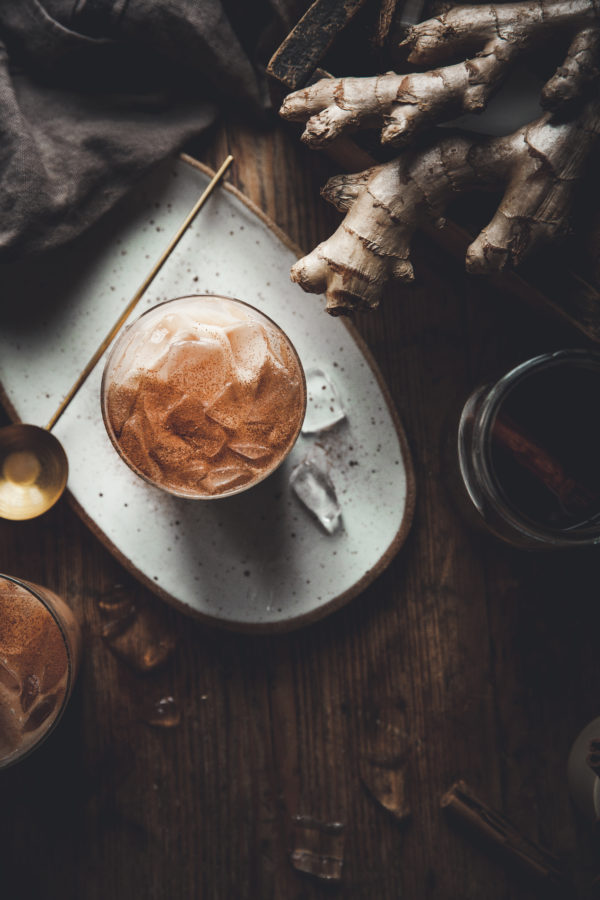 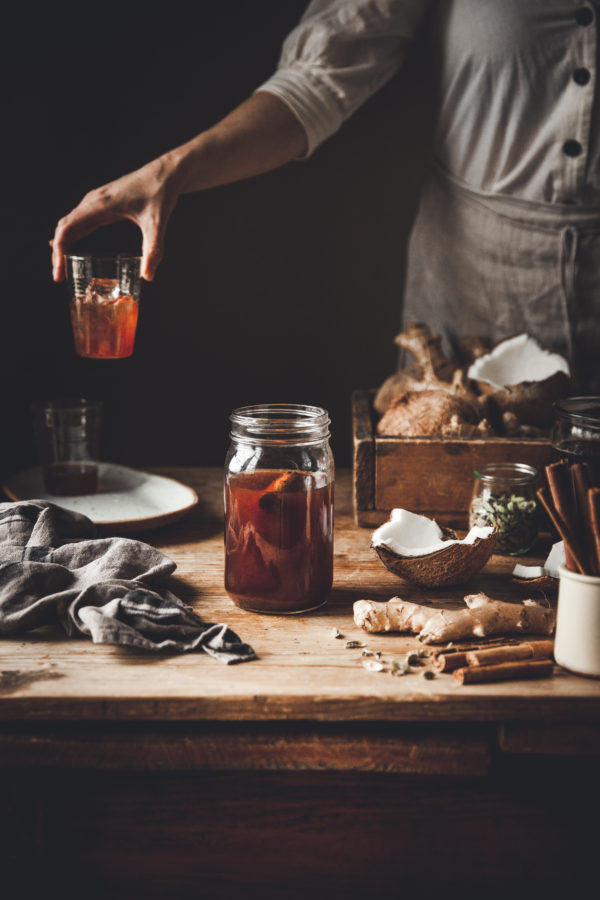