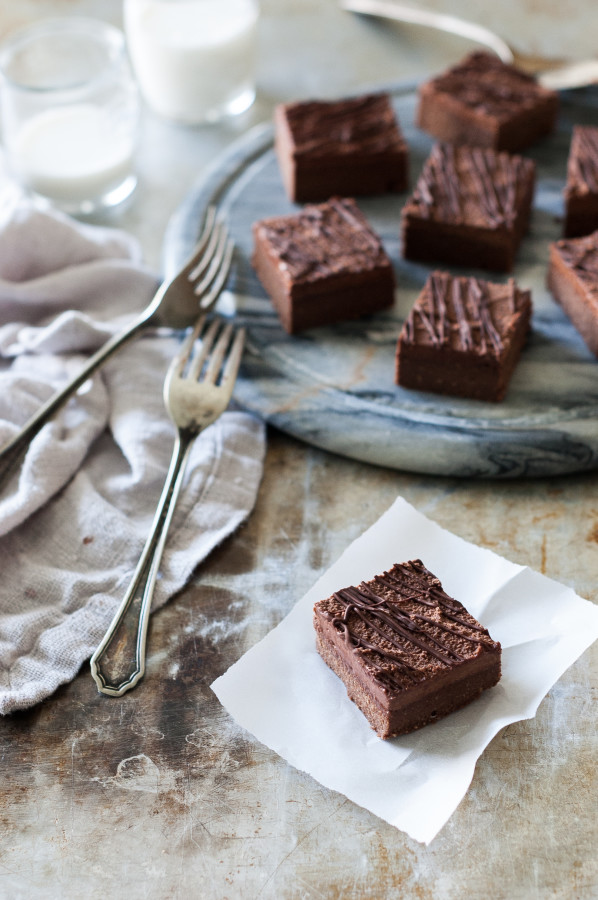 It’s been about 2 weeks now with no refined sugar in my house. And I am LOVING it.

Last night I drank my herbal tea with no sweetener at all and I actually liked it. It seems that the longer I go without sugar, especially refined sugar, the less I need for things to taste sweet.

Also, can I tell you just how much fun I am having making desserts with healthier ingredients? It’s been a blast. I love playing around with new ingredients. But what I REALLY love is giving my kiddos sweets that are not only free of refined sugars and white flours, but are actually nutritious. THAT is just plain awesome. 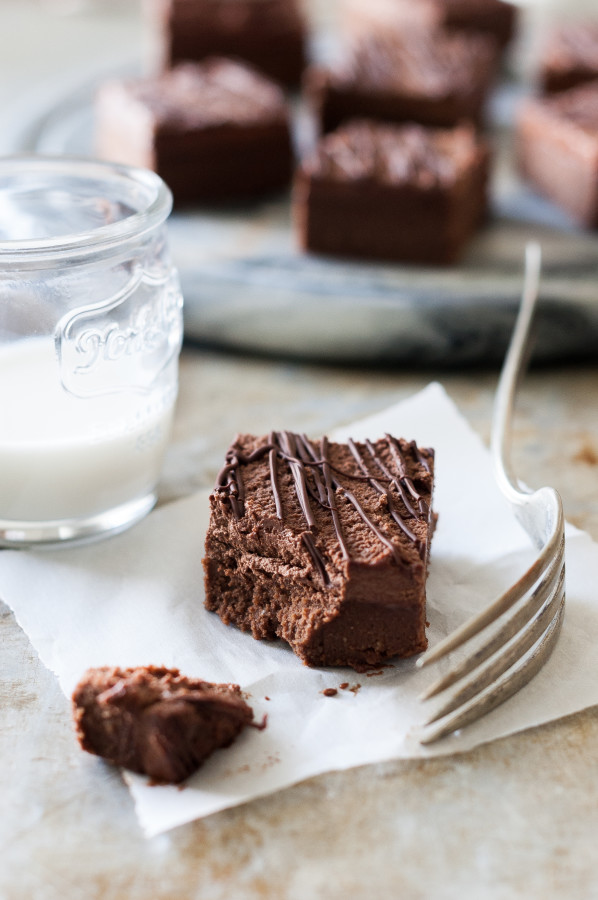 Take these brownies, for instance.

I thought that brownies would be the best place to start on my quest for healthier desserts. Brownies are loved by all, aren’t they? They also contain a lot of sugar when made traditionally. I love chewy brownies, and I love soft, cakey brownies, so I decided to figure out both in raw form. 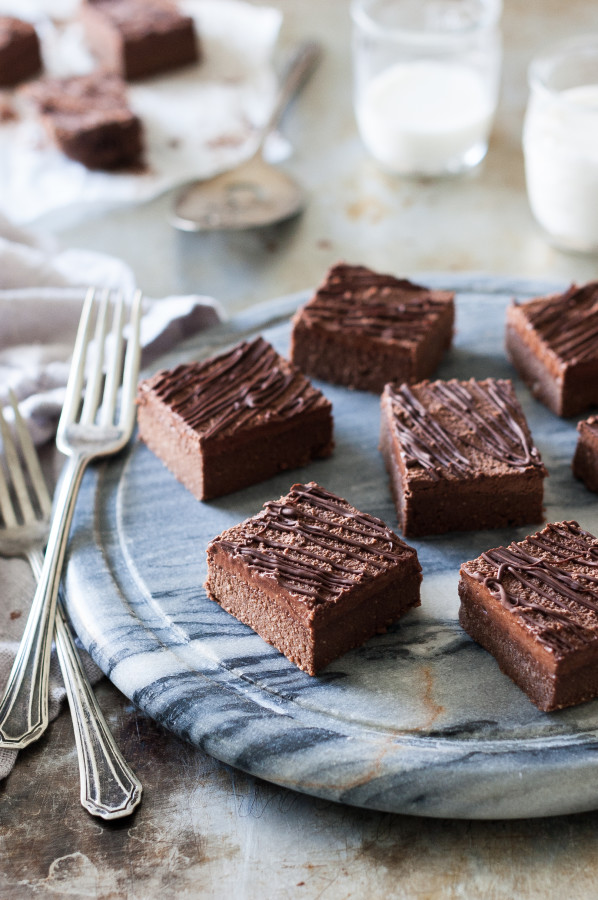 First I worked on these cake-like brownies.

They are soft and as fluffy as a raw brownie can be in texture. This is thanks to the coconut flour. Coconut flour soaks up liquid like a sponge while remaining soft and light.

Apple puree (or applesauce) sweetens the brownies as well as honey or agave(for a vegan option). The apple puree also adds to the soft, cake-y texture to the brownie. This recipe contains no dates, which give raw desserts a chewier texture. But we’re going for light and fluffy over here! 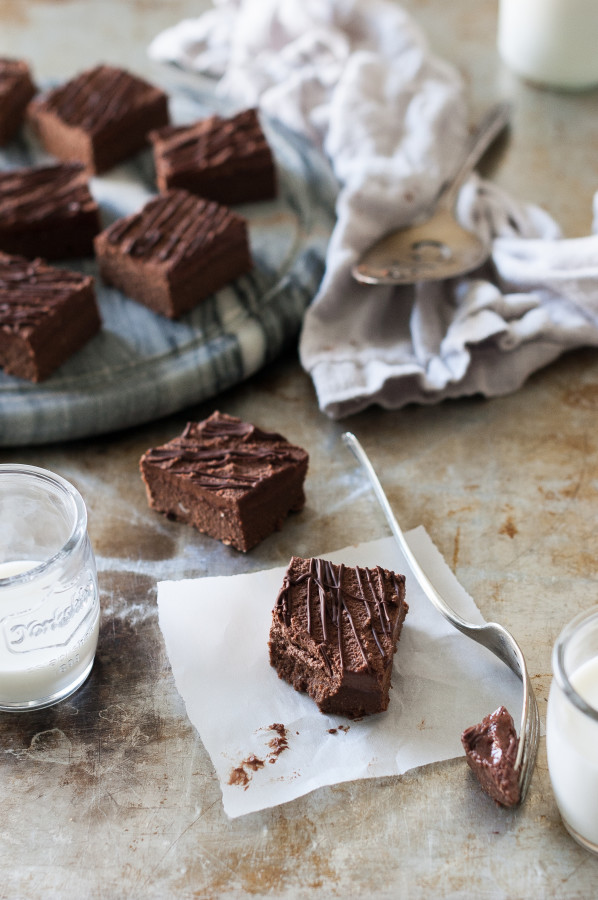 What really makes these brownies is the frosting. Basically, I took a dairy free ganache and whipped it. And oh my word. It is amazing! Instead of a heavy, dense ganache you end up with a fluffier ganache that melts in your mouth.

I want to frost every chocolate dessert I ever make again with it.

These brownies are also kid approved. My littles tried to steal them all as I photographed them, actually. But I’m a fierce protector of my desserts so they survived for another few hours. Then bed time came and my husband and I ate the survivors.

Up next? Chewy, dense, raw vegan brownies. You’re going to love them 😉 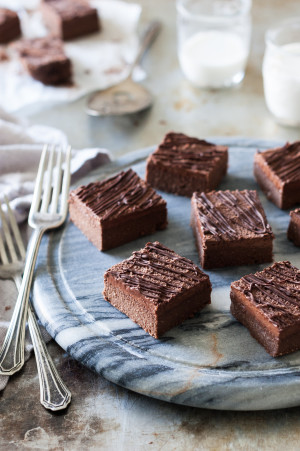