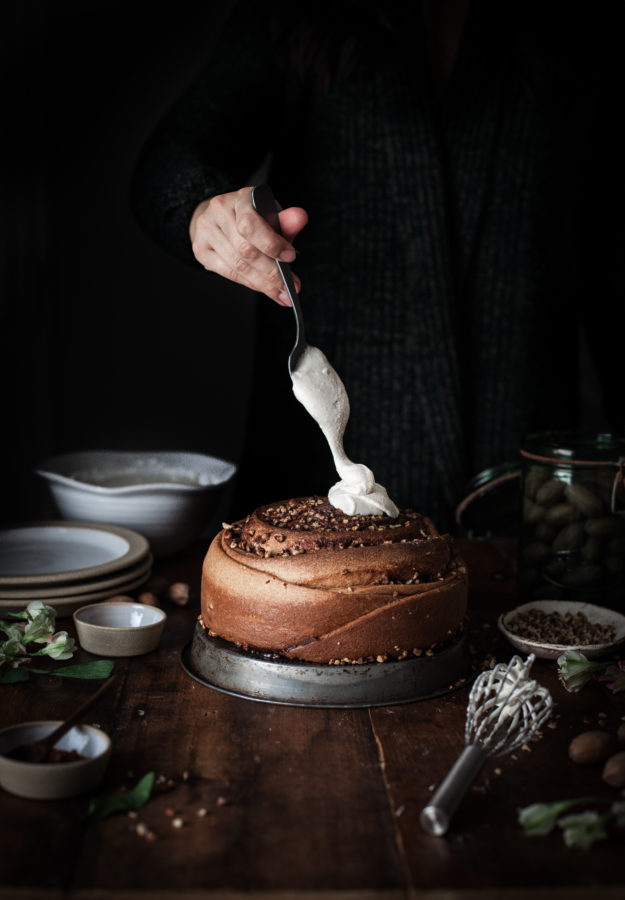 I sometimes struggle with making my baked goods with whole grains. I’ve especially avoided making a cinnamon roll with whole wheat flour as I feared it would turn out to be a dry, gritty mess. Not so with this giant whole wheat cinnamon roll – It’s a super soft, fragrantly spiced, buttery DREAM.

The key to using whole wheat flour in cinnamon rolls is to not use too much. The dough will be a bit stickier than a traditional cinnamon roll dough, but for good reason. The end result will be a fluffy, soft and moist bread that rivals the texture of any conventional cinnamon roll. Kneading and rolling out the dough in coconut oil, instead of the usual flour, keeps the dough from sticking to your hands or the counter, while keeping the dough itself from absorbing any more flour than it needs.

My favorite part of this treat? The toasted pecans. They add such a great texture, and buttery nutty flavor.

If you didn’t want to make a giant cinnamon roll, this recipe also makes delicious individual cinnamon rolls. I’ve made them both ways and both are fantastic. As I type this, my six year old has his head om my shoulder, reading every word. He has a lot of opinions on what I should be typing, and I’ll just leave you with the most relevant: These cinnamon rolls are GOOD. 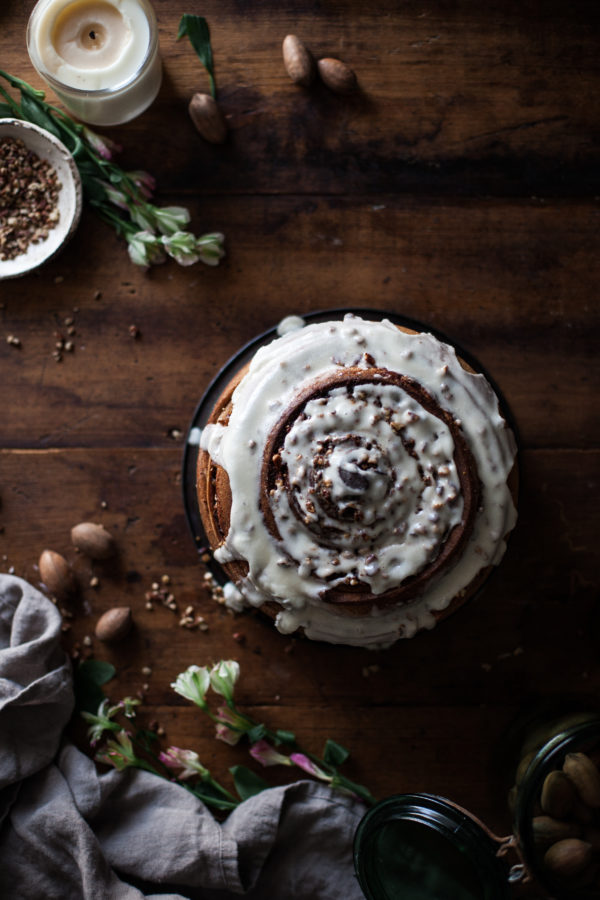 Print
*pecans can be toasted by spreading out on a baking sheet in a single layer and baking at 400 degrees for 4-6 minutes. Watch closely to ensure that they do not burn.
Serves: one 9" Cinnamon Roll
Ingredients
Instructions
3.2.2925
Recipe adapted from Savoringtoday.com. 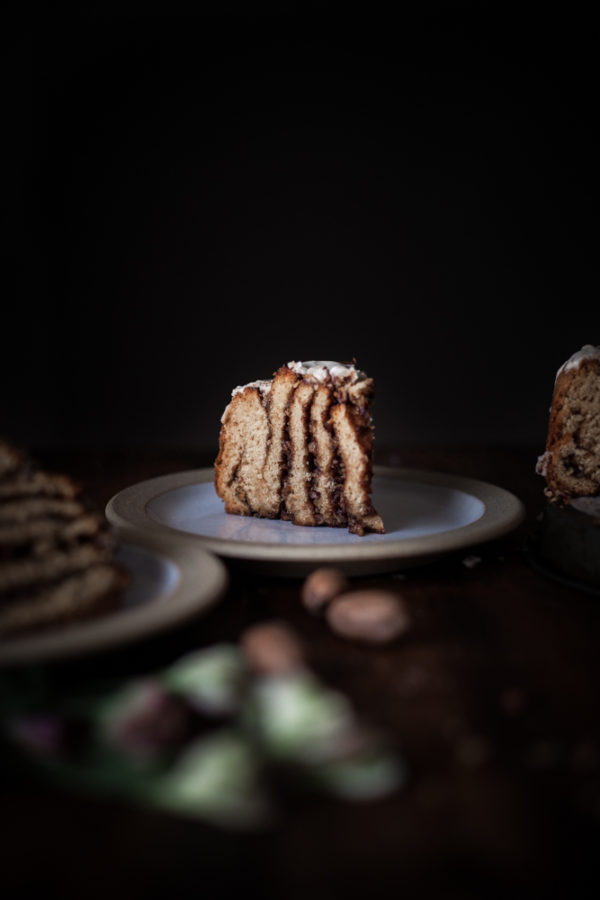 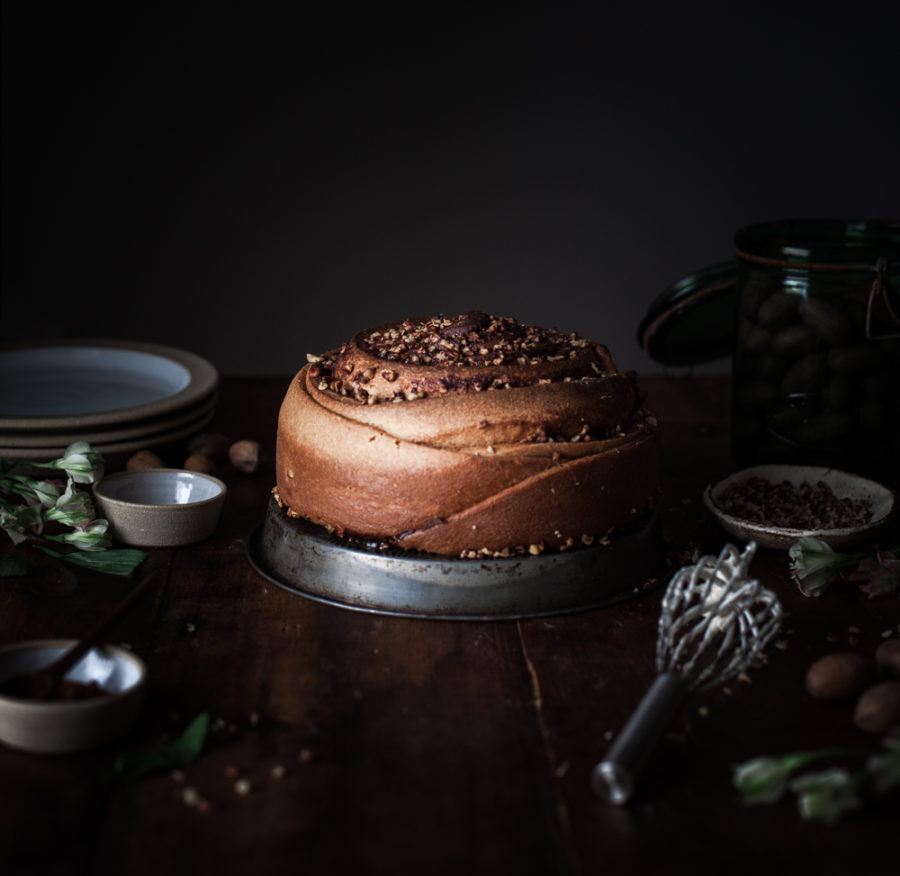 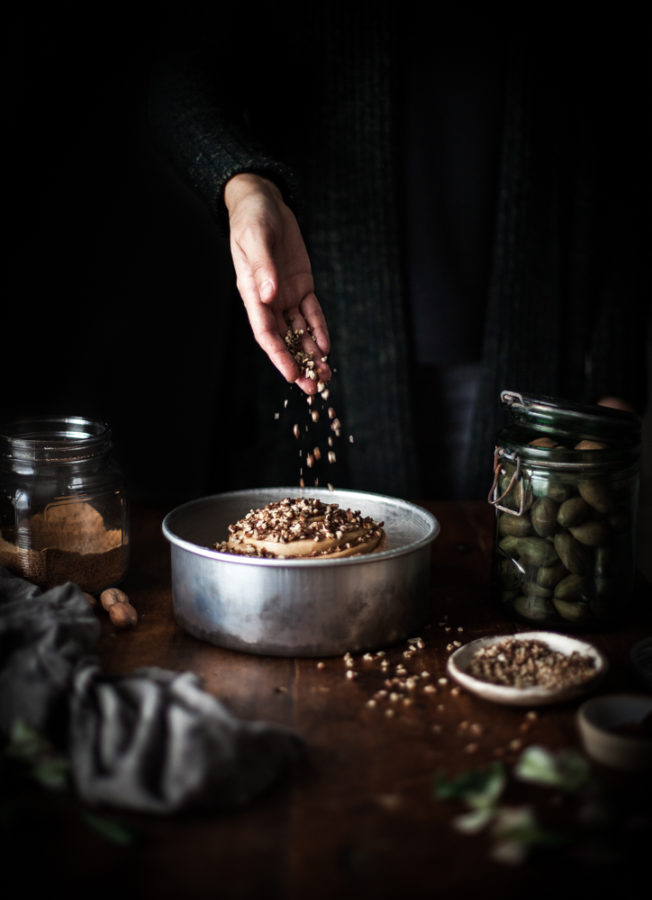 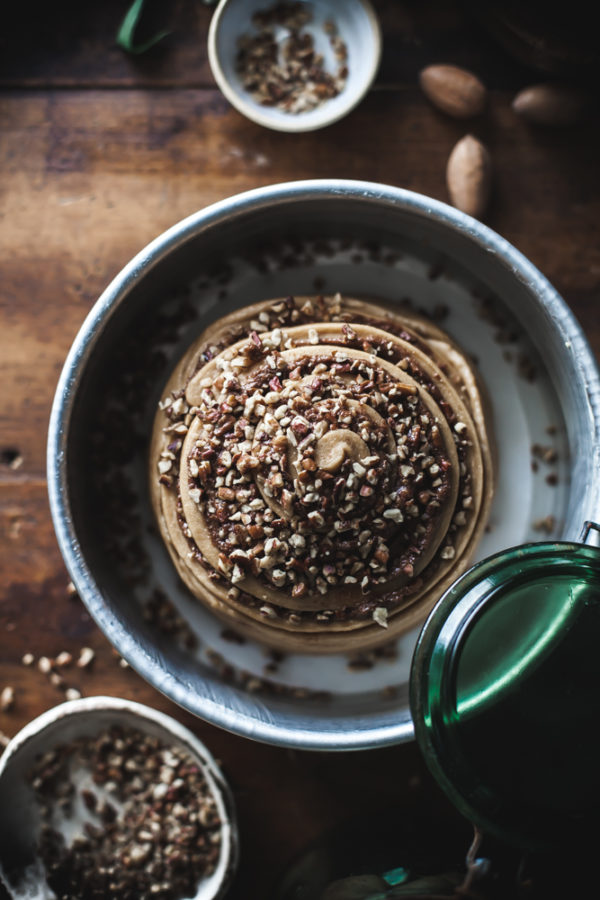 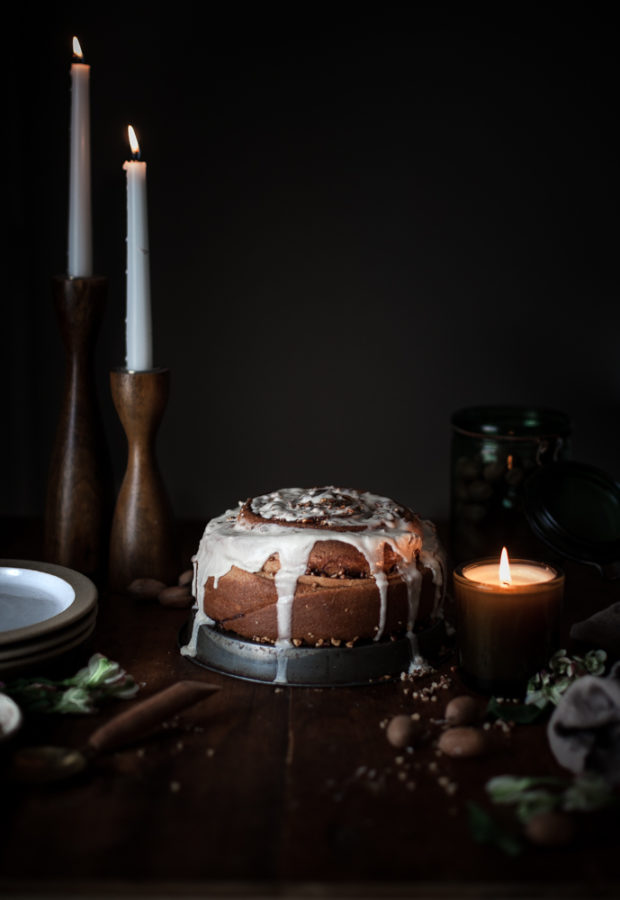 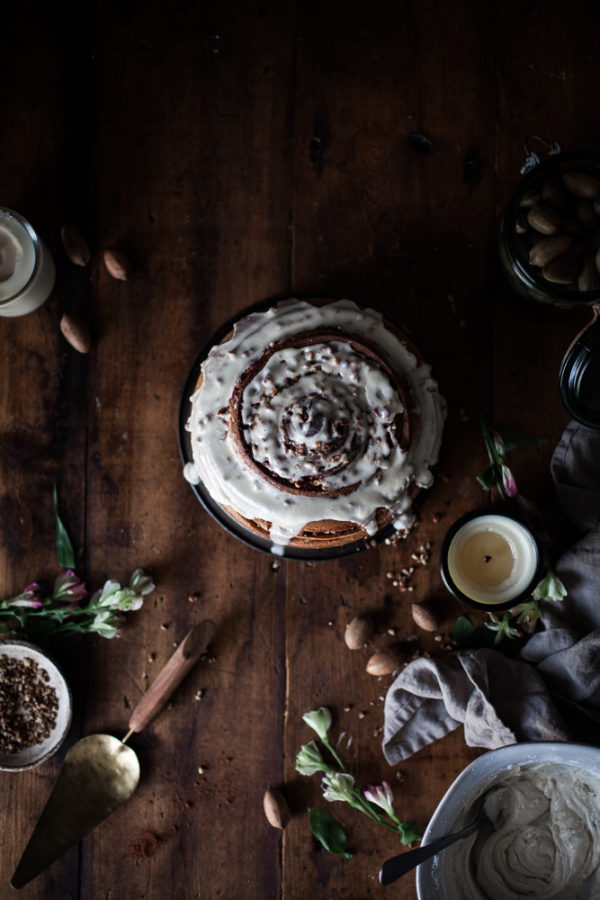 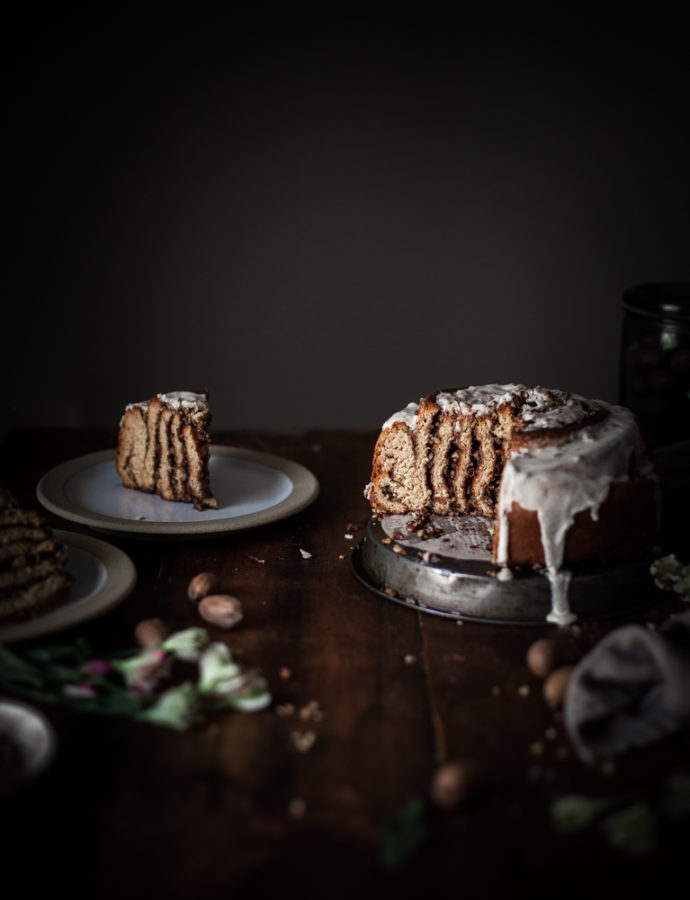 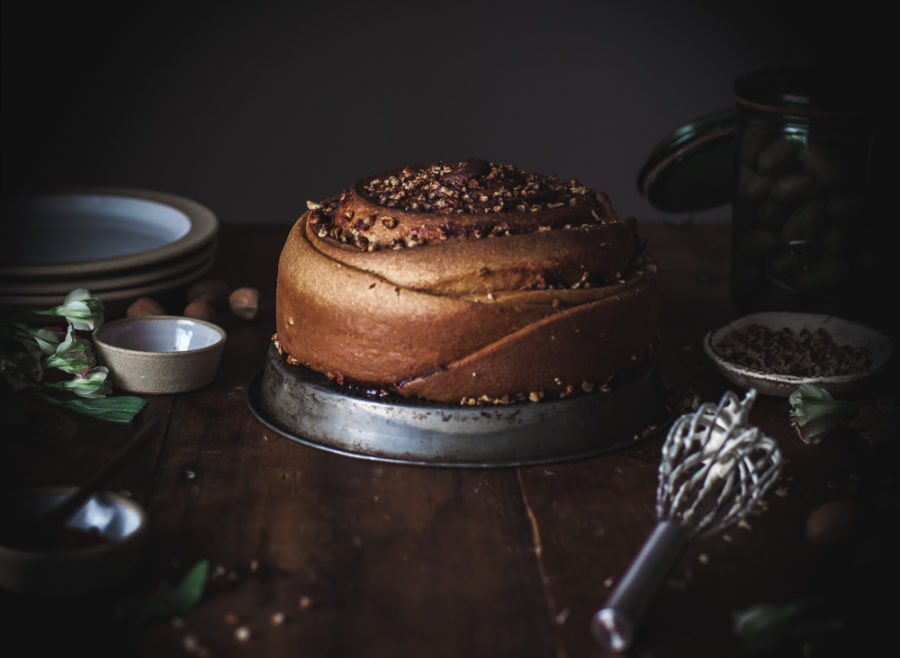 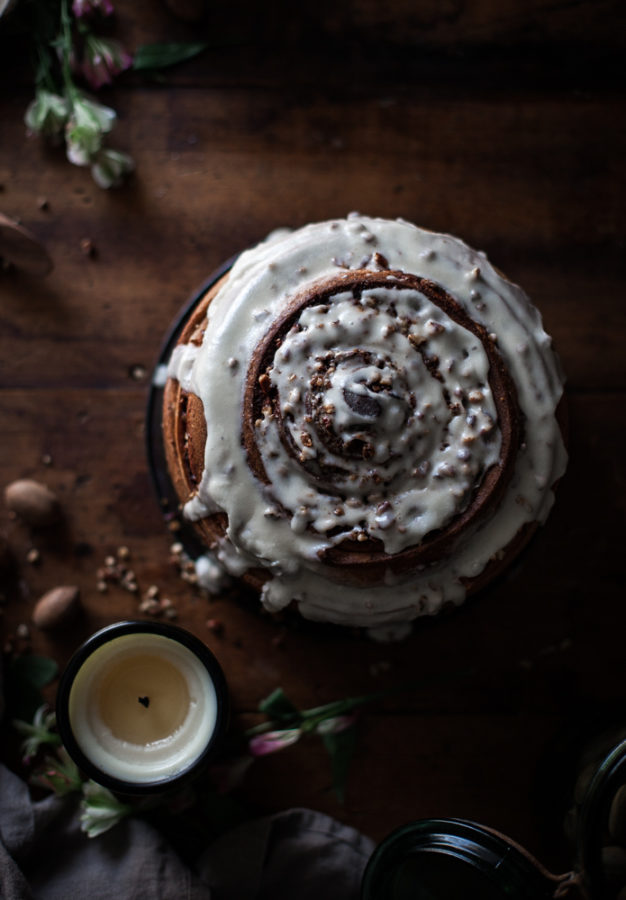