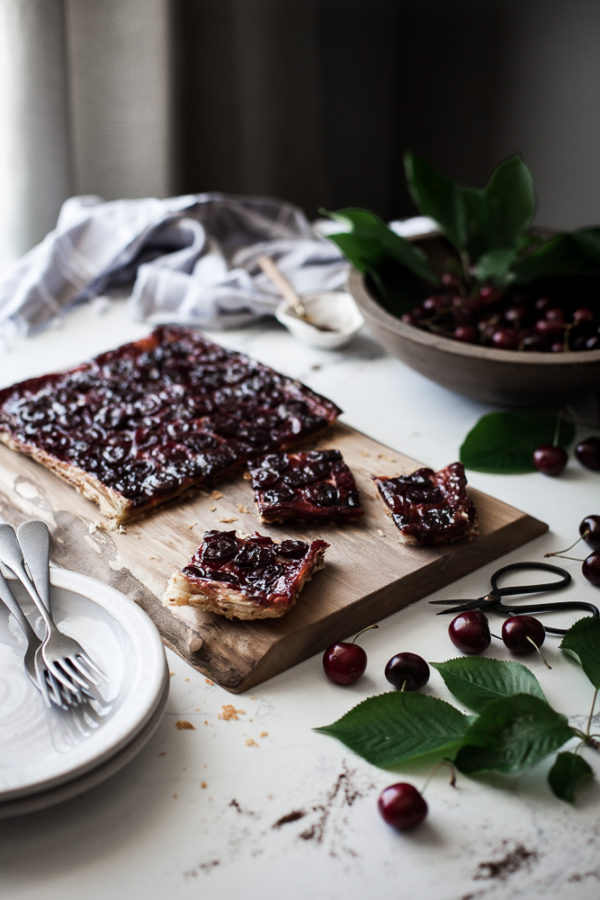 I say it every time I post one, but I adore a good tarte tatin. There is nothing that quite matches it in simplicity and rustic elegance. Now that cherry season has arrived I just had to make one. One soaked with my beloved vanilla bean infused browned butter. And slab style – feeding my extended family desserts every Sunday requires a BIG dessert. So I made two 9×13 pans of these. One for them, one for me. Uh – me and the baby, I mean.

Usually you would make a tarte tatin in a cast iron skillet. I wanted to have a bigger tarte, though, one that I could cut into squares. So instead of caramelizing the sugar on the stove top first, it’s done in the oven. When it’s time to invert the tarte, not all of the cherries will want to cooperate and stay where you initially placed them. No worries, just grab a fork and slide them/move them back into place while the tart is still hot. It will still look just as pretty. 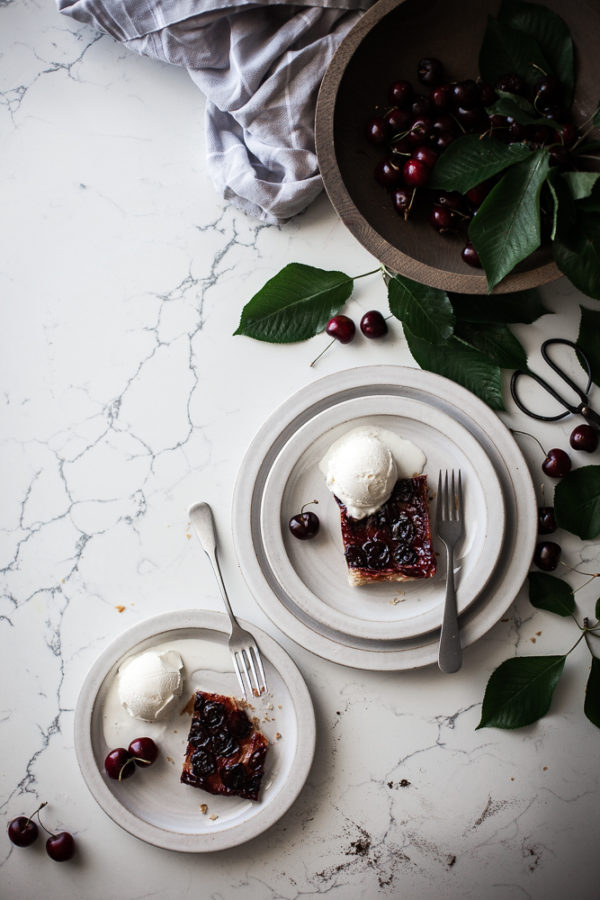 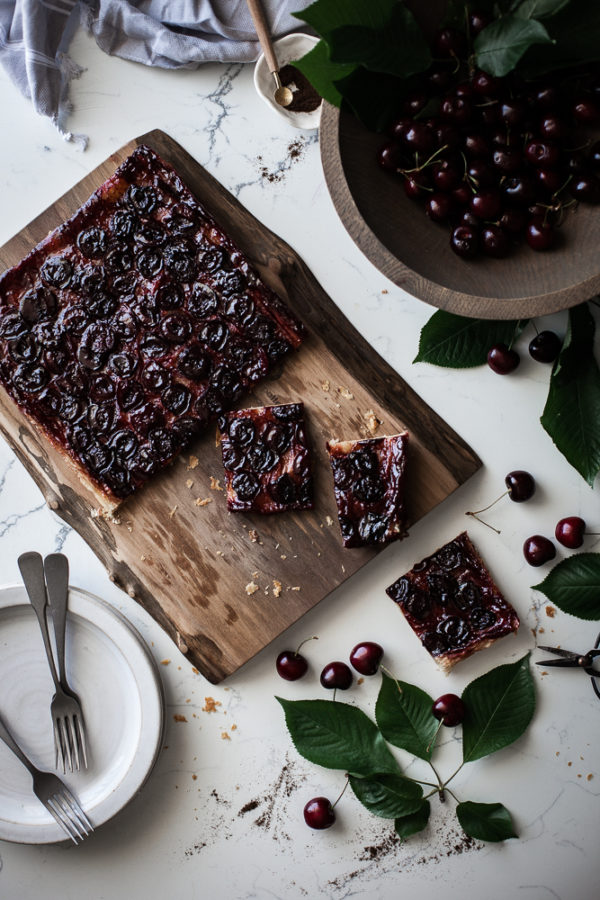 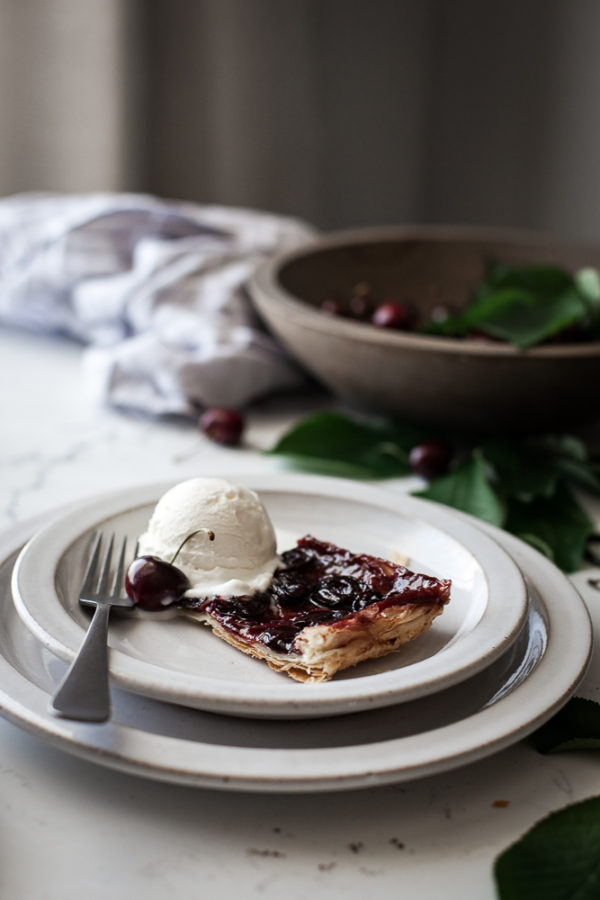 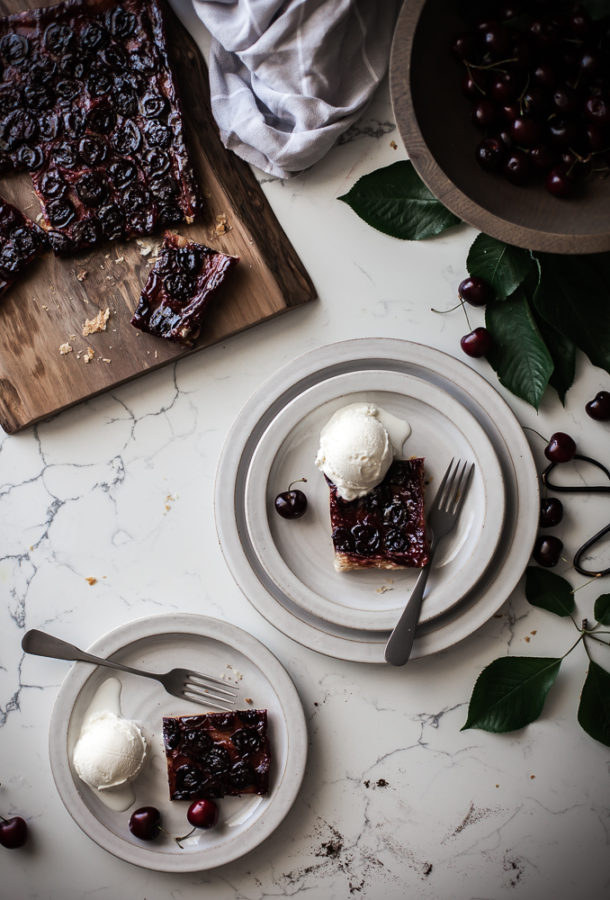 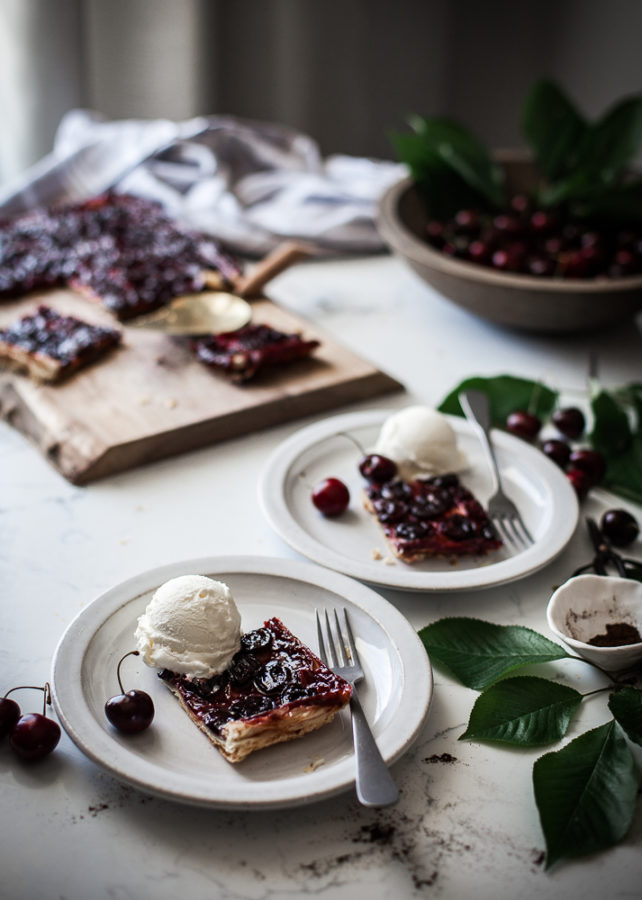 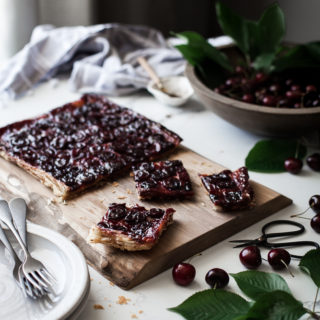