Using a slow cooker is currently my favorite way to make soups. Even this Olive Garden copycat can be made in one with ease.

I wouldn’t consider this a super easy soup to throw together but the slow cooker breaks up the steps and makes it seem so much more effortless.

I really prefer to make my soups with a bone broth, so for this one you start with bone in, skinless chicken thighs and cook them for several hours on high. When they’re done cooking you remove them and run the broth through a strainer to get rid of any debris left over from the chicken. Cooking the chicken, bone-in, in the liquid this way makes for a very rich, flavorful broth. Much better than just throwing canned broth and pre-cooked chicken together. 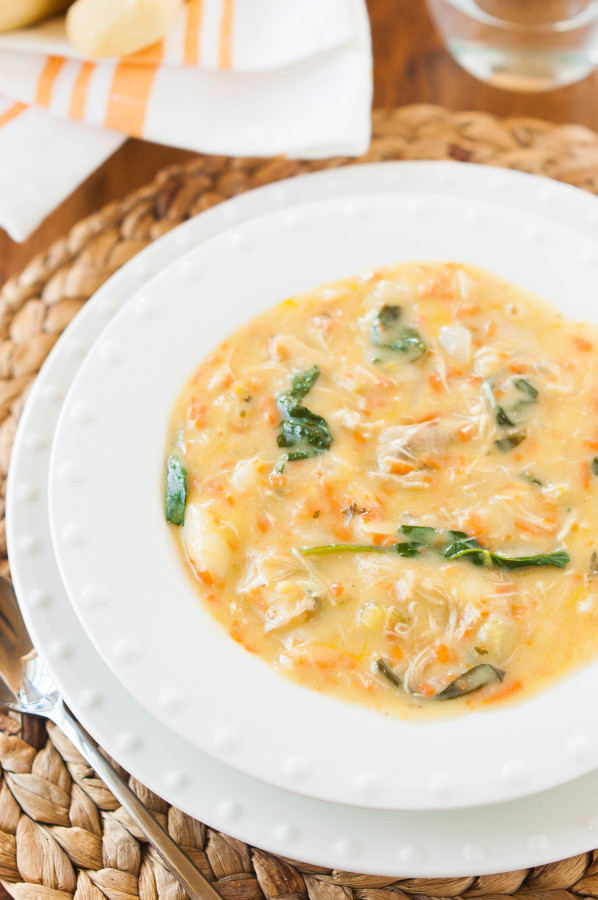 Just before serving, the spinach is added. It may seem like a lot of spinach at first, and you will sort of have to “fold” it in, but it will quickly wilt down.

So, yes, it is a little more work than your average slow cooker soup, but preparing it this way will give you one of the most luxurious, flavorful soups you can make. 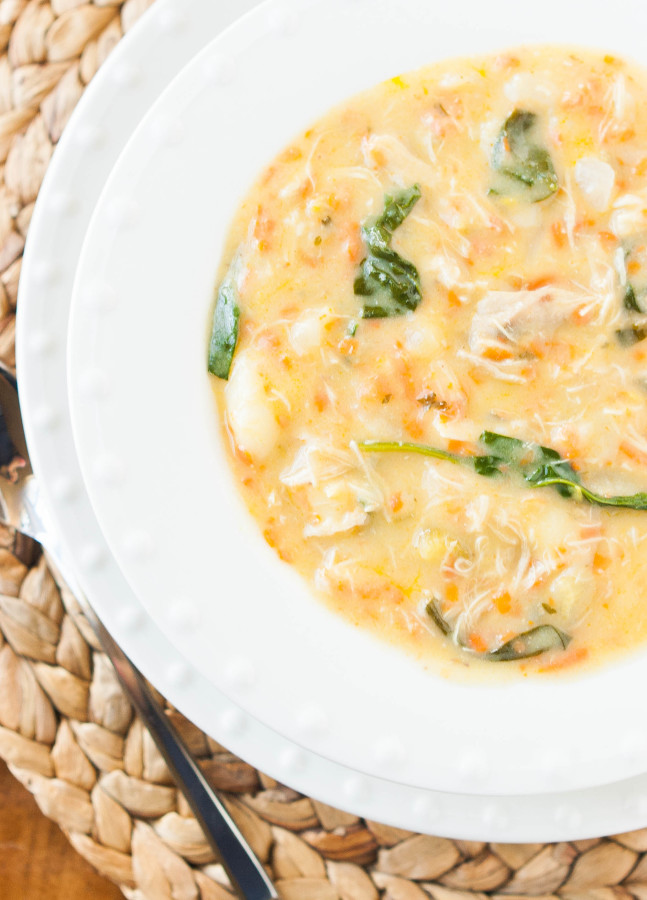 Print
All slow cookers are a little different, heat-wise. If your slow cooker runs very hot, or you are halving the recipe, you may want to cook on low to medium heat. *This recipe makes a very large pot of soup. For a smaller slow cooker, halve the recipe.
Serves: Serves 10-12
Ingredients
Instructions
3.2.2925 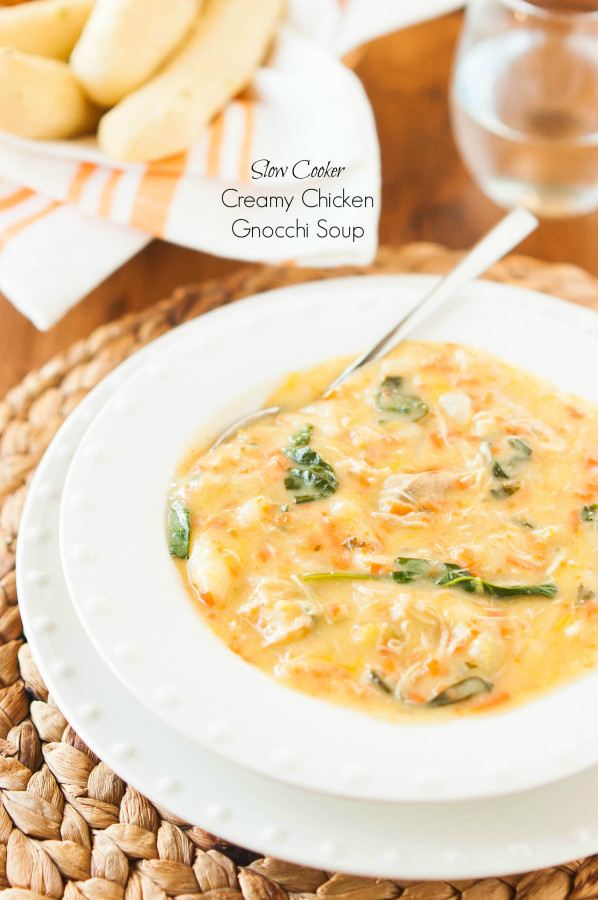 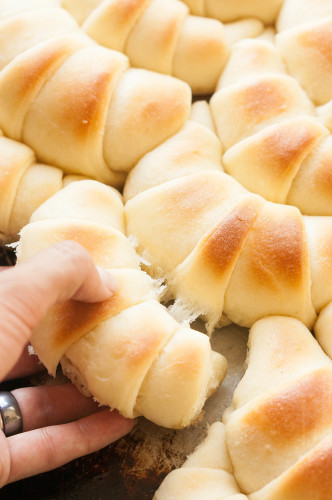