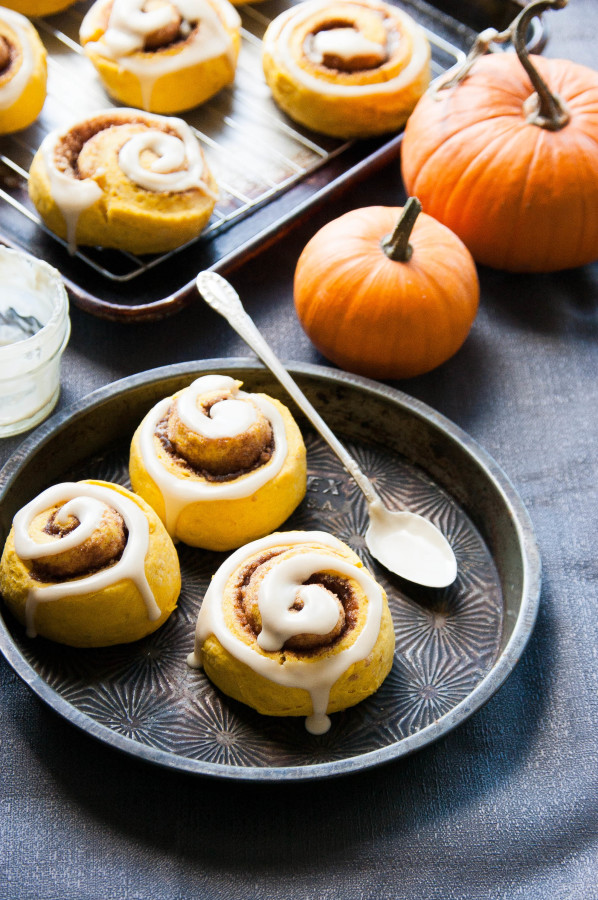 But the fact of the matter is, I’m currently feeling a bit lazy and don’t really want to spend 3 hours making the dough, letting it rise, rolling it, cutting it, letting it rise…..you know the drill.

These scones are the perfect solution. 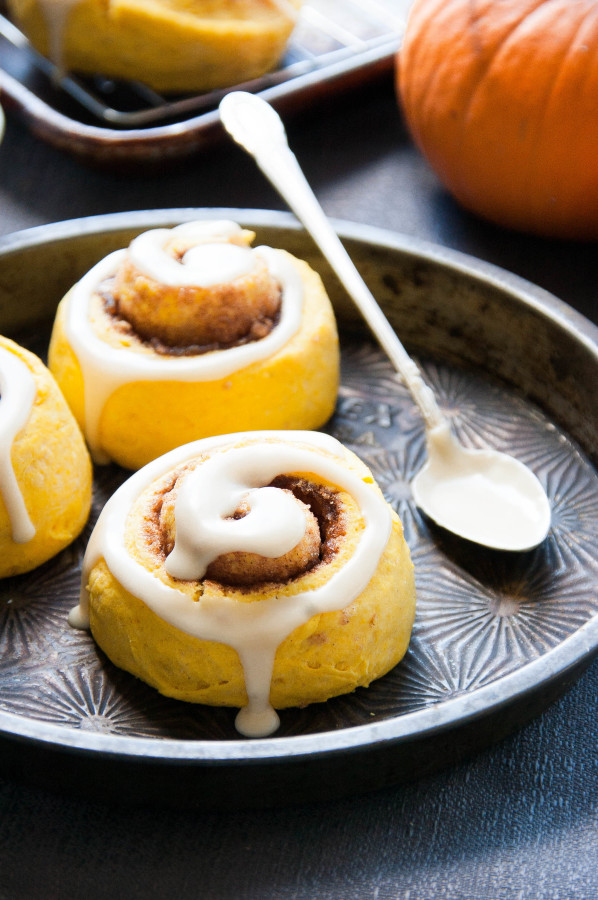 Only about 30 minutes from start to finish, these scones are a quick way to get a cinnamon roll-like treat in a less labor-intensive way.

Pumpkin scone dough is rolled out and sprinkled with brown sugar and cinnamon. Then is is rolled up, sliced, baked and drizzled with a sweet maple glaze. 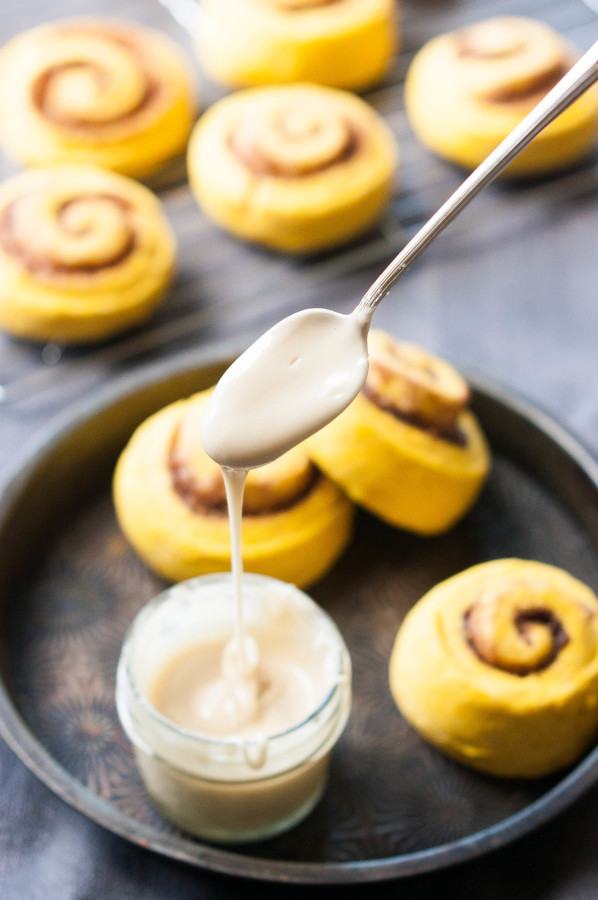 These scones are crazy soft and have all of the flavors I love this time of year. 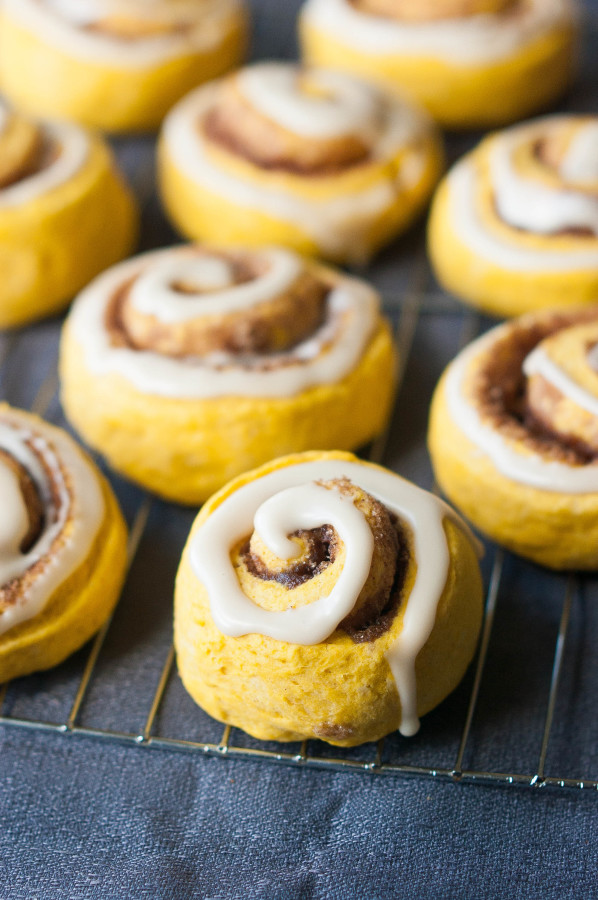 These scones aren’t the type that are super crusty on the outside. The outside is still firm and dry, but the inside is so, so, so soft. To make sure that yours come out this way, take extra care not to over-mix the dough!

Also, if you like your scones really glaze-heavy, double the glaze recipe. Or 1 1/2X it. I like it moderately frosted, so the amount the recipe makes is good for me 😉 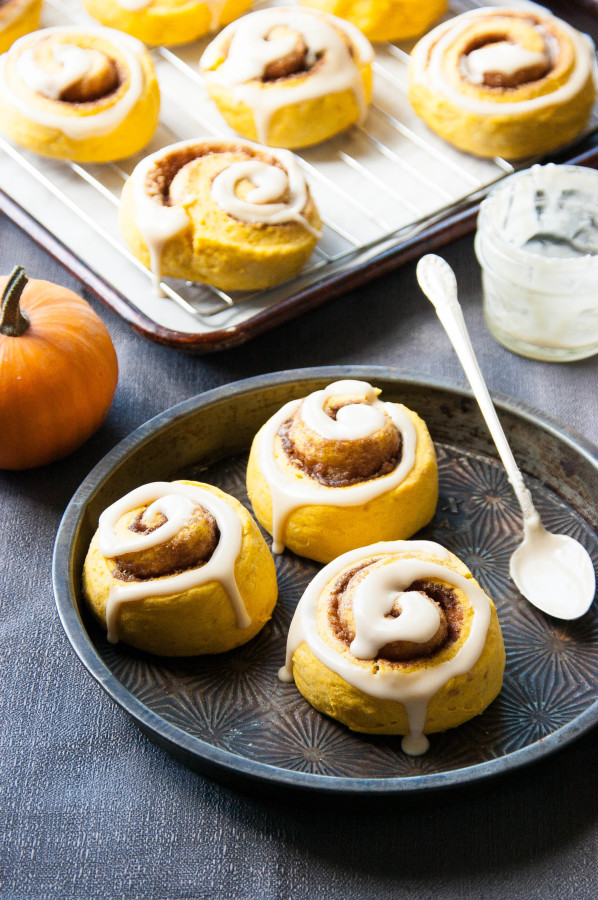 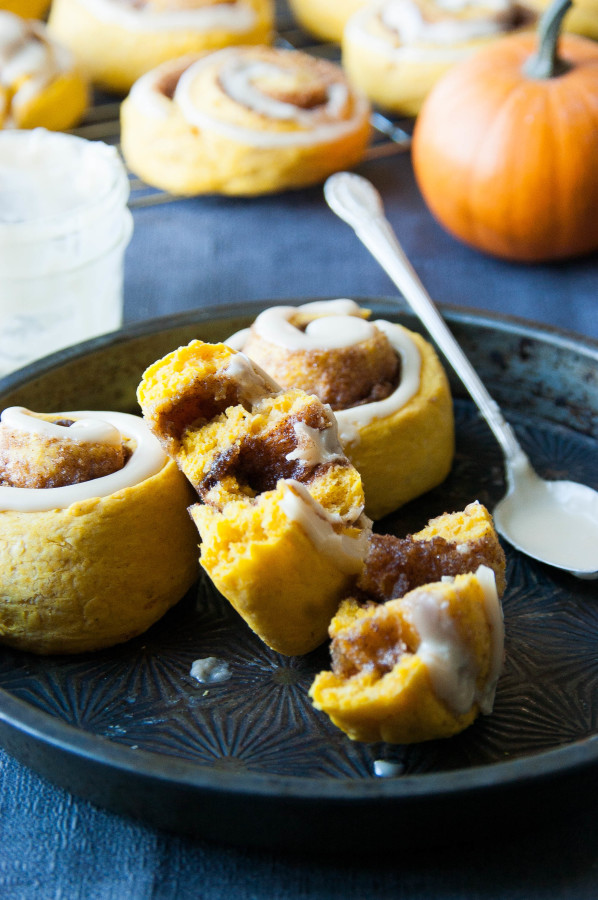 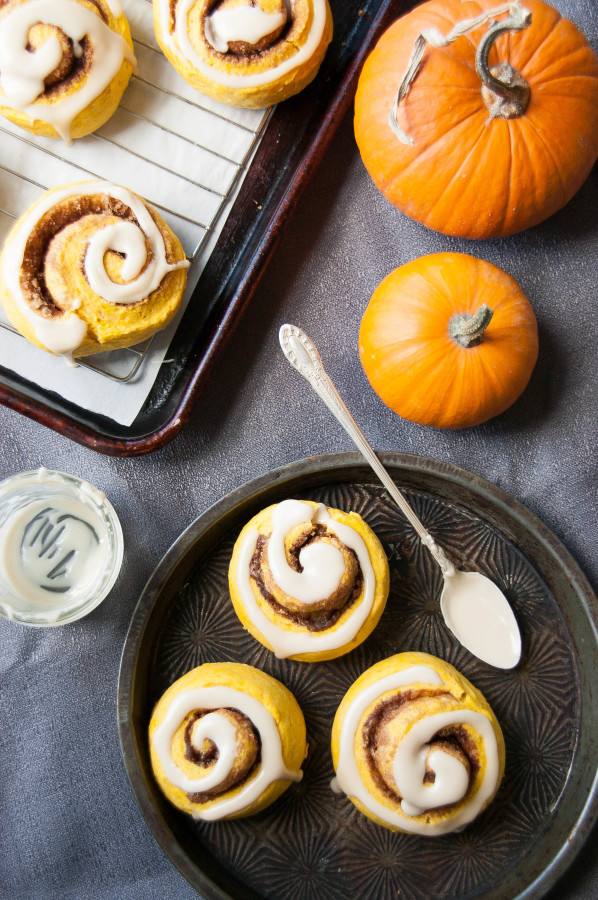