This Coconut Meringue Rice Pudding + Cardamom Poached Grapefruit is fresh and light, sweetened with a meringue, and topped with a cardamom-scented poached grapefruit syrup. It also happens to be dairy free. 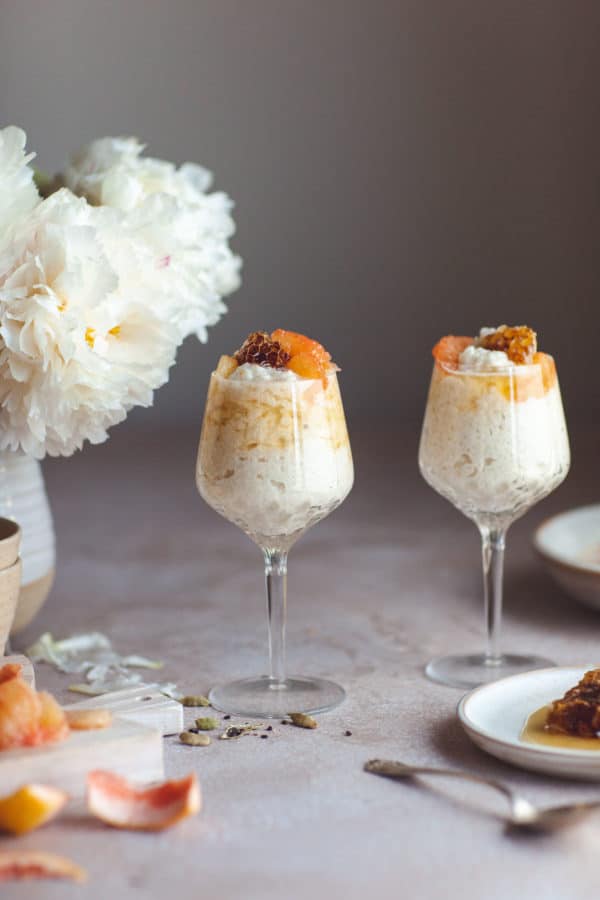 I remember making and loving a recipe for rice pudding ages ago that involved folding whipped egg whites into the chilled pudding mixture to aerate it, as well as sweeten.

It was so unusual, and not exactly under-complicated. But beautiful.

I’m not sure what jogged my memory, but I realized the other day that it was something I’d love to make again. Especially as we are well into spring and the lightness of it seems so appropriate, although it’s still a hearty rice-based pudding.

Making rice has never been my forte, oddly enough for someone who cooks so frequently.

I’ve always relied on my Aroma rice cooker so that I could enjoy perfectly cooked rice with minimal effort. 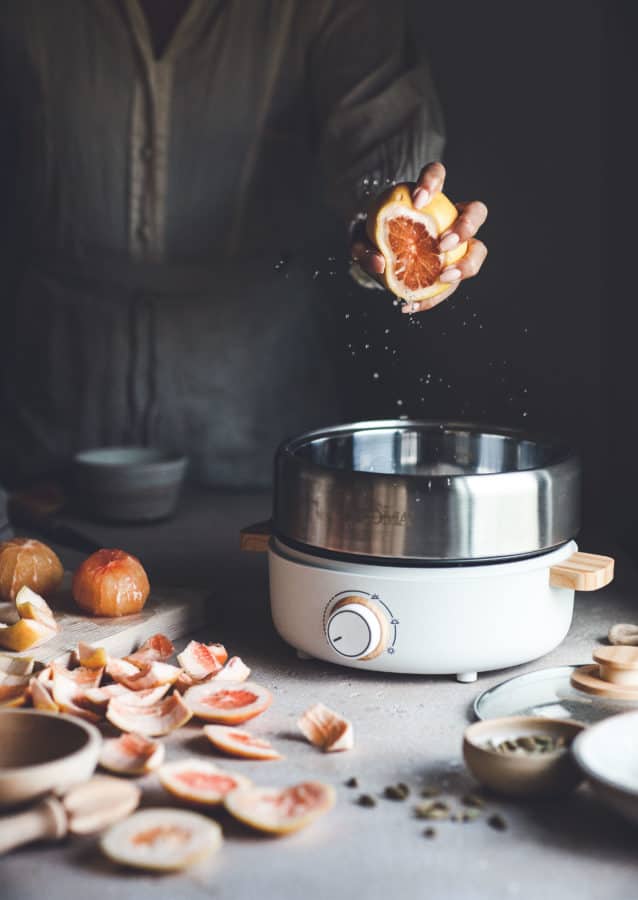 This rice pudding is made with a rice cooker, which takes out much of the guesswork and makes what might otherwise be a laborious recipe into something very manageable. I can’t recommend my Aroma grain and rice Multi cooker enough. It’s easy to clean, has a large volume capacity, and even has settings to make things like risotto and cake!

To make matters even simpler, my Aroma Whatever Pot helped me produce a beautiful cardamom scented syrup and poached grapefruit.

The Whatever Pot can not only sauté, simmer, and boil whatever you need in it’s large upper basin, but the upper part can be removed to reveal a grill top beneath. You can honestly cook… Whatever! And it’s single dial makes things simple and easy to control and heats up almost instantly.

It’s small and light enough to be easily portable, is easy to clean, and comes with a tempered glass lid that retains heat for even cooking. Such a great all-in-one!

There isn’t a lot of sugar in the actual rice pudding, it’s sweetened mostly with the meringue that is folded in, as well as the cardamom grapefruit syrup. Do note that this recipe contains raw egg white, if that is a concern to you.

Highly recommend sourcing fresh dried cardamom pods for this recipe! They are a special flavor that just can’t be replicated with anything else. I topped my rice pudding with pieces of honeycomb, but that is entirely optional. The syrup will provide more than enough sweetness. 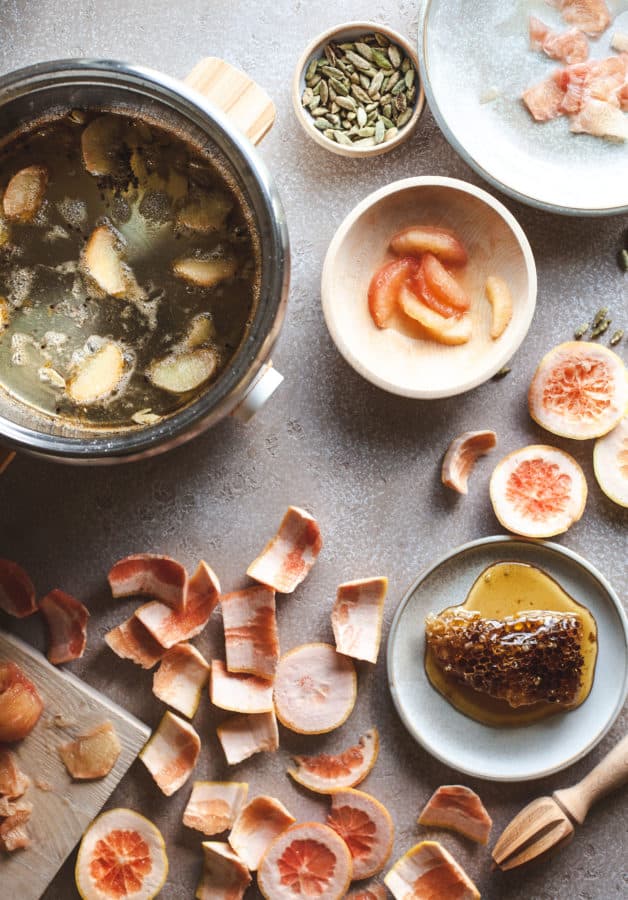 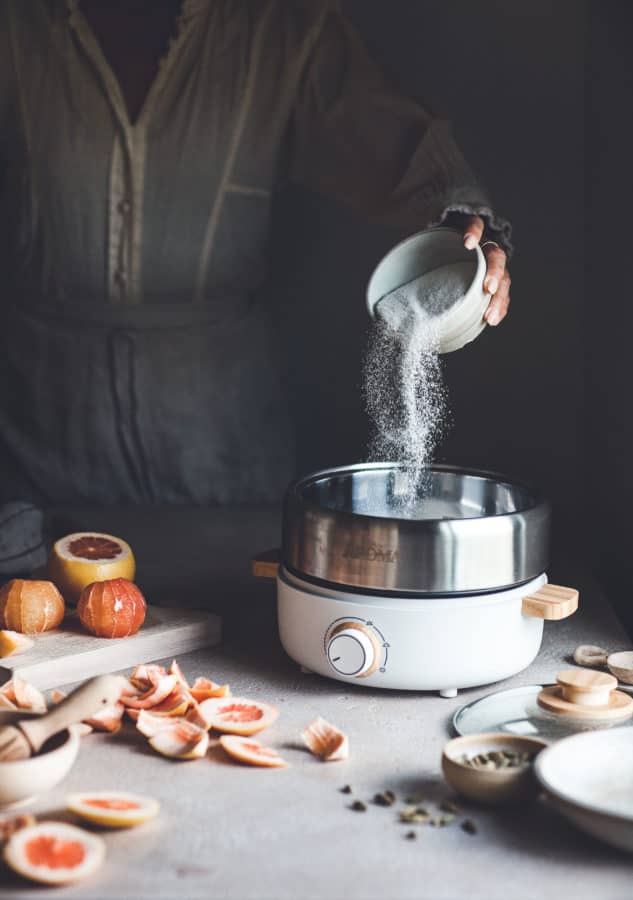 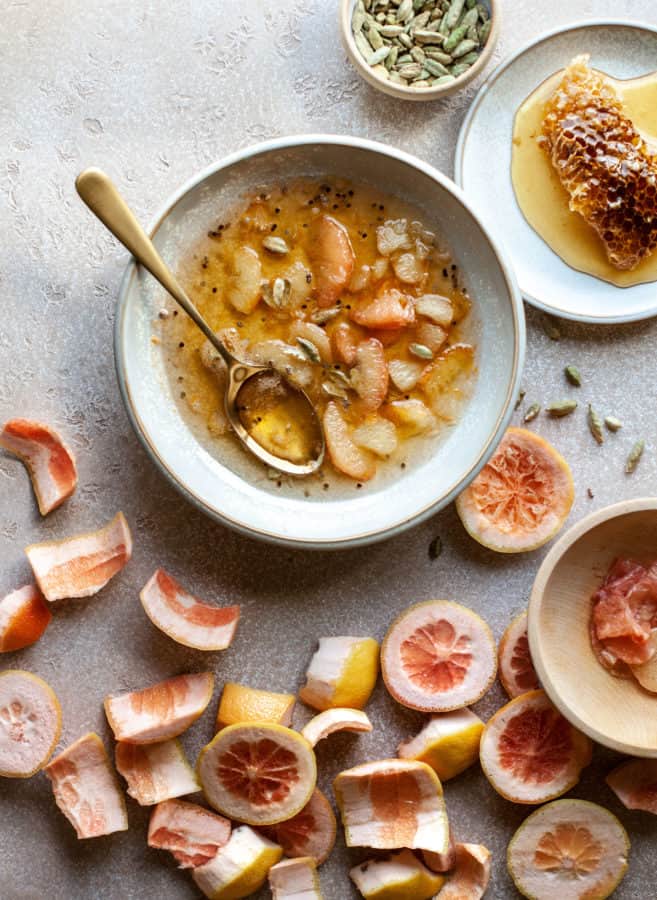 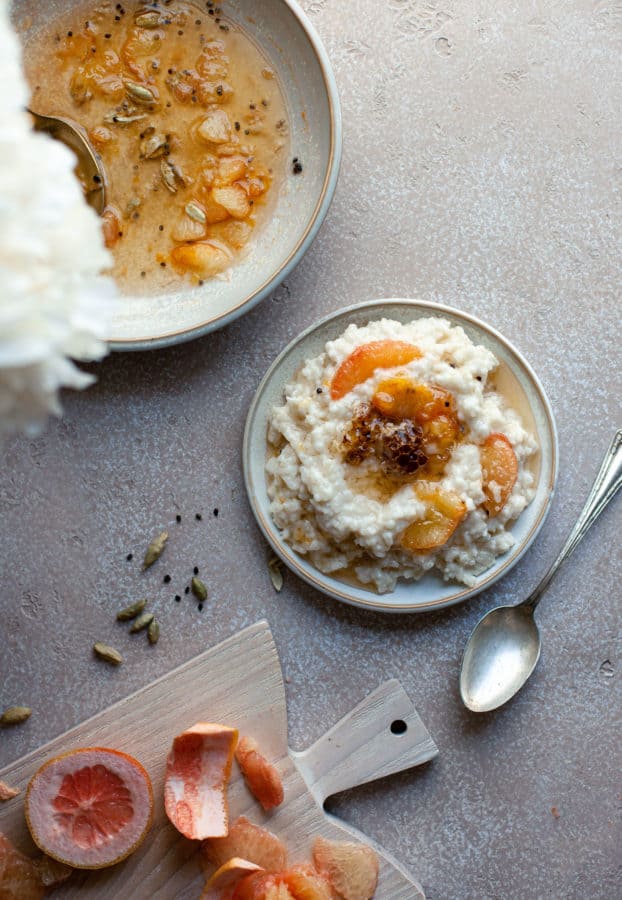 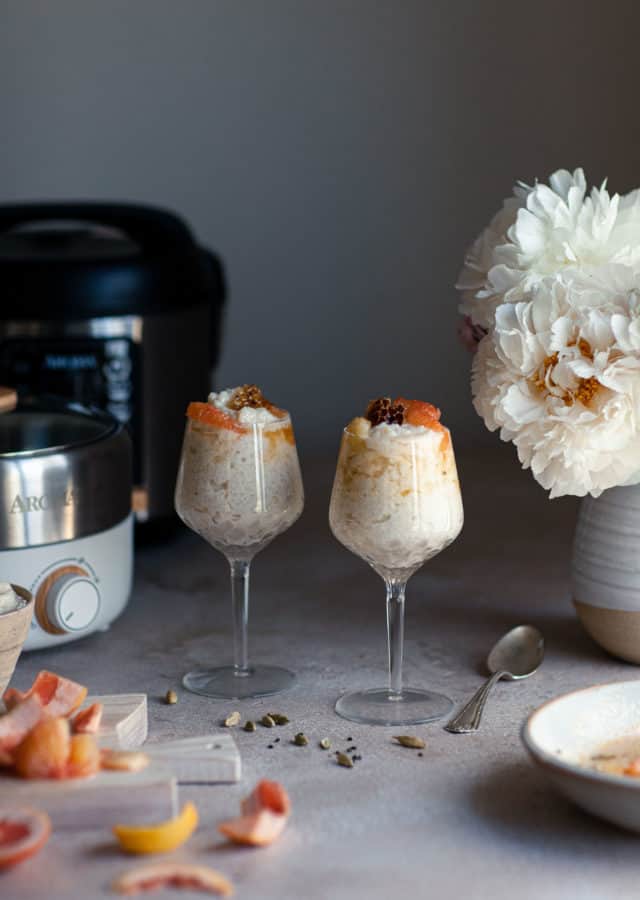 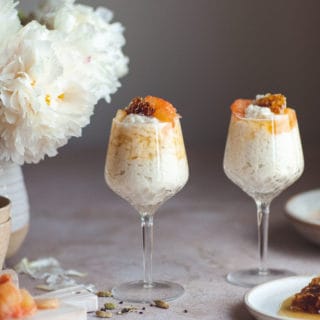 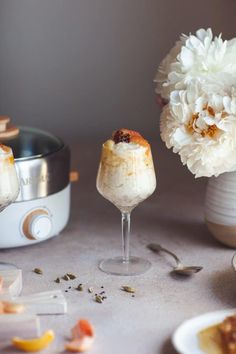 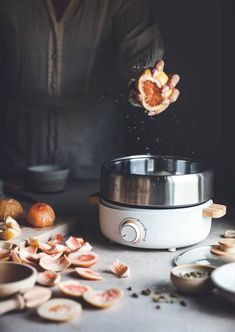 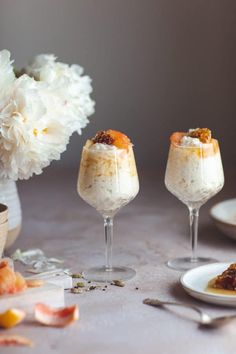 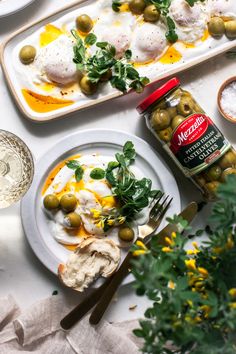