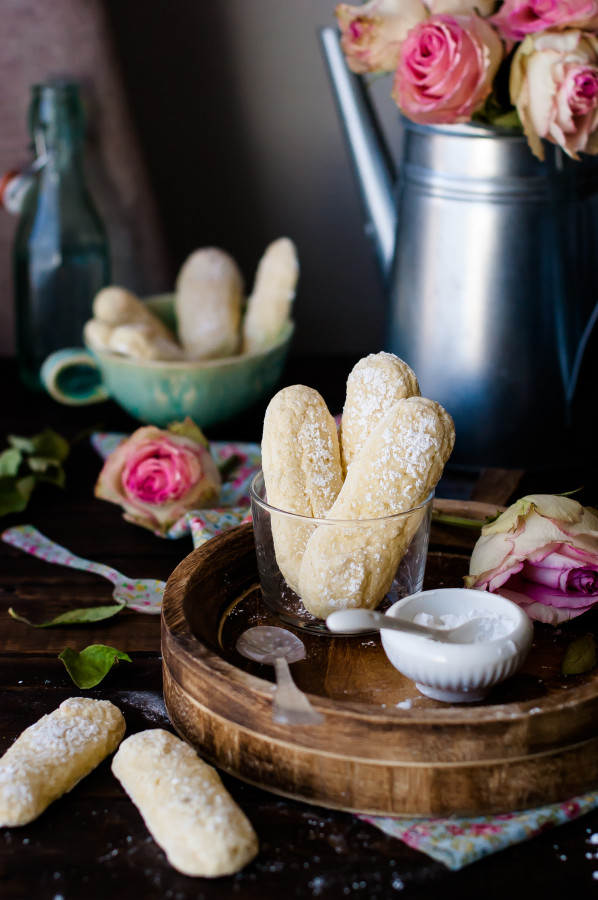 I used to have the notion that ladyfingers were some sort of mystical, highly difficult sponge cakes to make and that one could only make desserts requiring them if pre-packaged, pre-made ladyfingers could be found.

Turns out, that is not so. Driven by an intense pregnancy craving for tiramisu and hitting the road block of not being able to find any pre-made ladyfingers in my little town, I decided that it was time that I tried making them for myself.

And it was easier than I had ever dreamed. 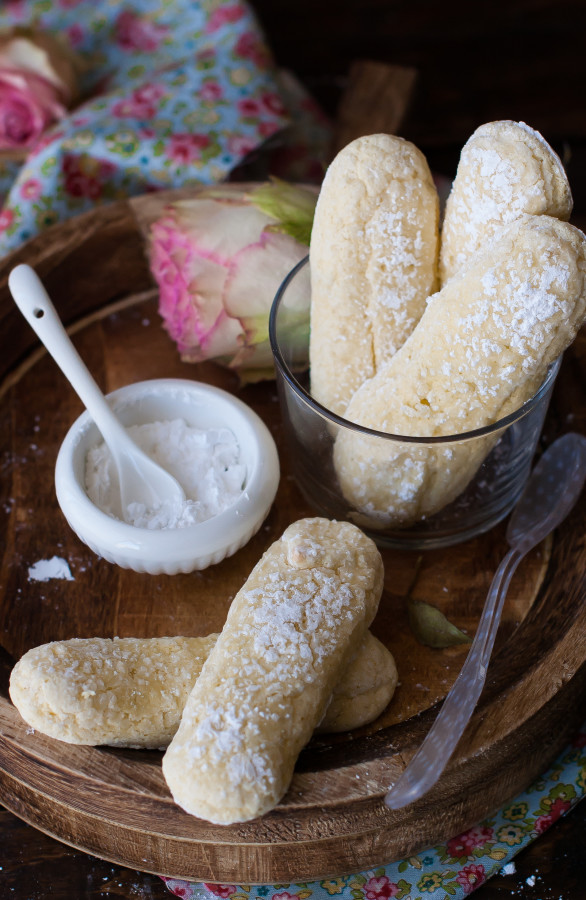 Ladyfingers barely call for 5 ingredients, all that you would most likely have in your kitchen cupboards at any given time. Eggs, flour, vanilla, and sugar. That’s it. And they take all of 15 minutes to make, minus baking time.

All you really need is a gentle hand for folding the ingredients together, as well as for making sure that your egg whites are free of any trace of egg yolks or they won’t whip up to high peaks. 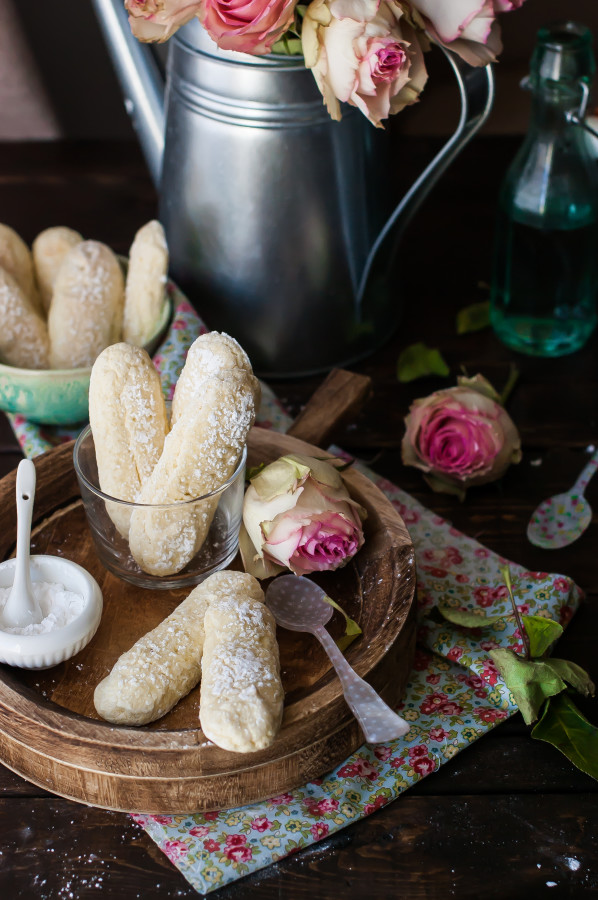 For traditional ladyfingers, you will pipe them out onto your baking pan using a piping bag and a round tip. But if you don’t have a piping bag it’s no problem. You can also spread the batter out in a single layer on your baking sheets and simply cut the cake into shapes for layering after it’s baked. When I made these I piped them into fingers, but I also piped a few rounds out as well, to use as a base for some Charlottes. 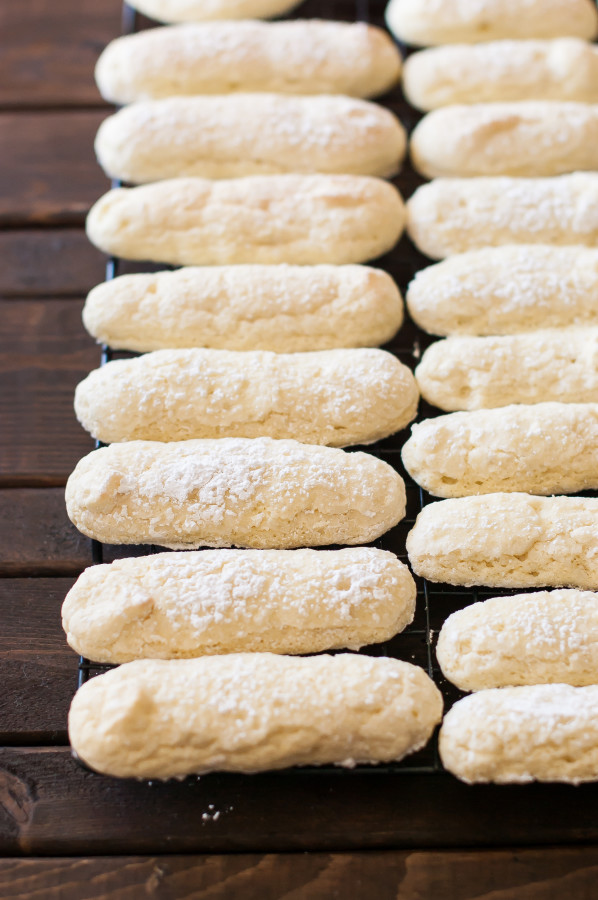 Make sure to follow through with the last step, a double dusting of powdered sugar, to get that delicate crunch on top of the ladyfiners. Then use them for any application you like. Tiramisu, Charlottes, little layered cakes, or anything else you can think up. 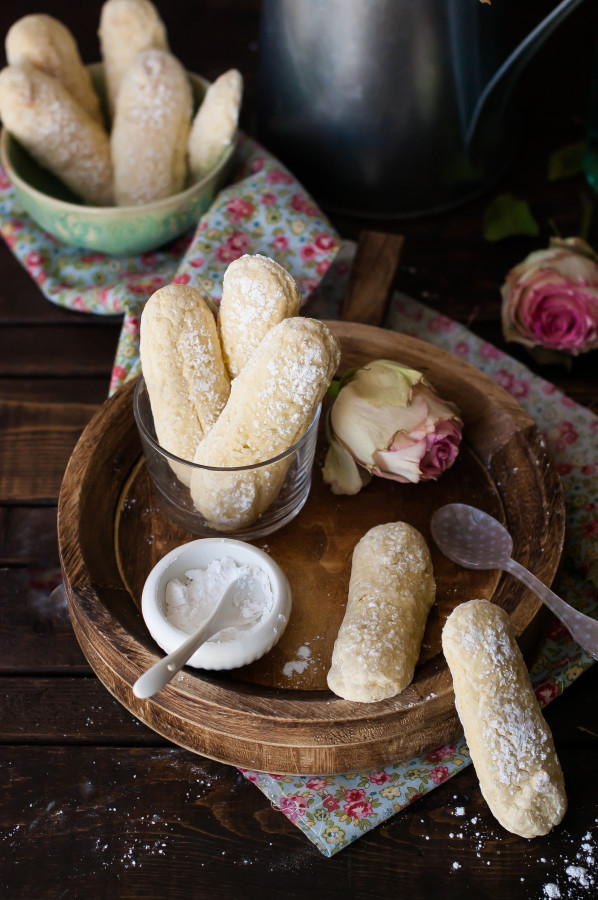 Thanks to this recipe, I will never need to look for pre-packaged Ladyfingers again. Not only are they easy and simple to make, but they taste SO much better and have such a delicate texture.

And they freeze great, so make a little extra and throw them in the freezer to have Ladyfingers ready to go whenever the need for a little homemade Tiramisu strikes, which, for me, is pretty constant. 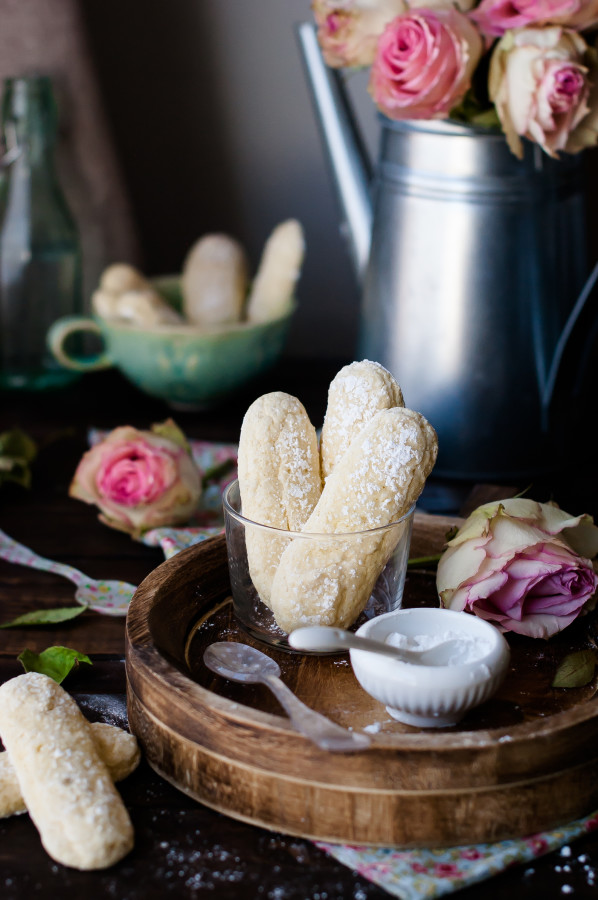 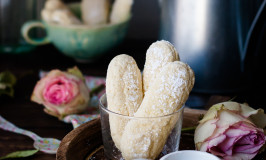