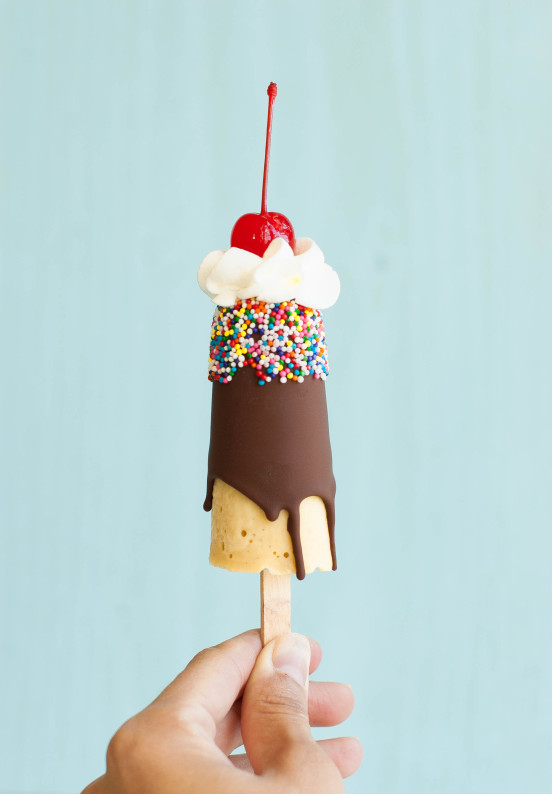 Let’s get right down to business.

I took a banana split and stuck the whole thing on a popsicle stick.

Well, in a less messy way, that is. 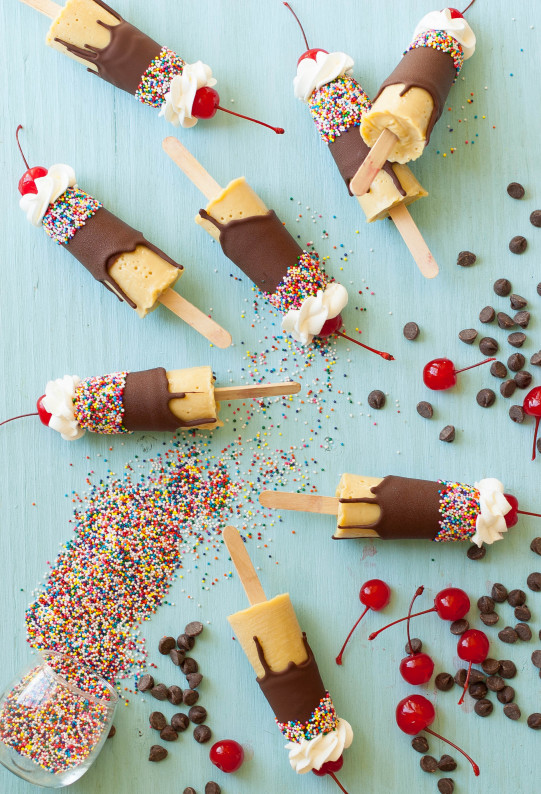 Starting out with a homemade banana pudding that uses fresh bananas and is so easy to whip up, I made unbelievably creamy, super delicious(and this is coming from someone who hates bananas) banana pudding pops that were frozen in a mold.

I un-molded them and dipped them in a little homemade magic shell(one of the BEST things in the world, in my opinion) and then dipped them in a bowl of sprinkles. Then a little swirl of whipped cream was added to the top and a glossy maraschino cherry crowned these little darlings. 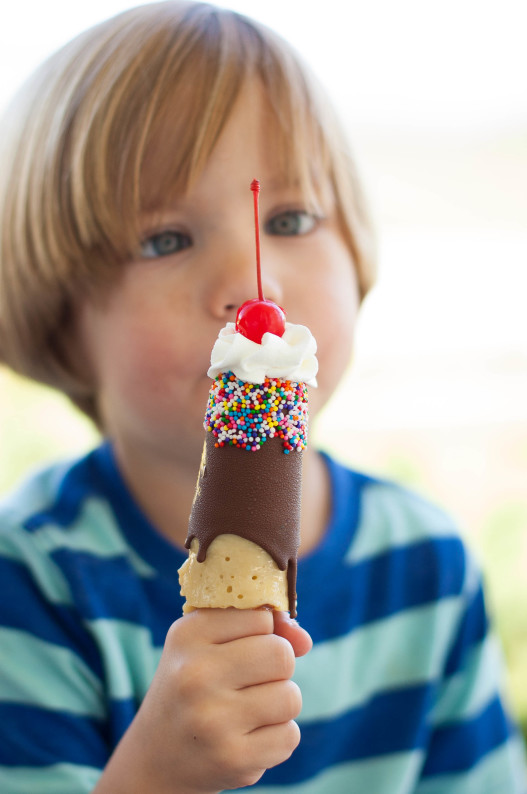 If I ever sell these, I’m putting this picture of my son on the box with that as the tag line. 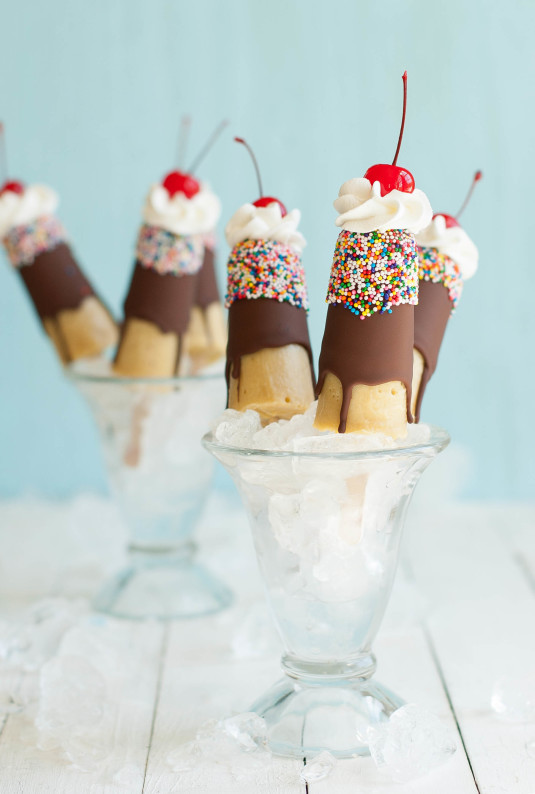 Now, these might sound a tad bit complicated. I was surprised to find out how complicated they weren’t, when I made them. It all came together quite quickly and easily. Once the banana pudding pops are frozen it’s a pretty quick decorating stint from there. 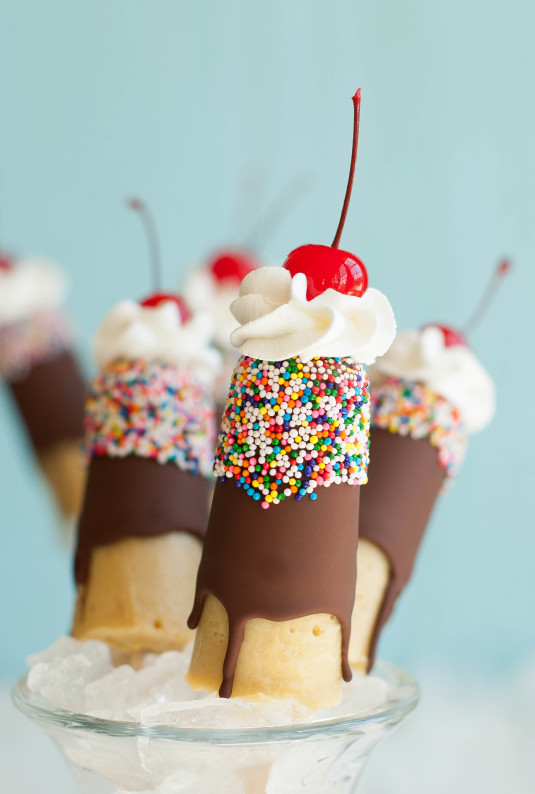 If you were feeling a bit lazy and umm…anti-homemade, you could always dip these in store bought magic shell and use a can of whipped cream to top them. But the homemade way was no biggie. Really. 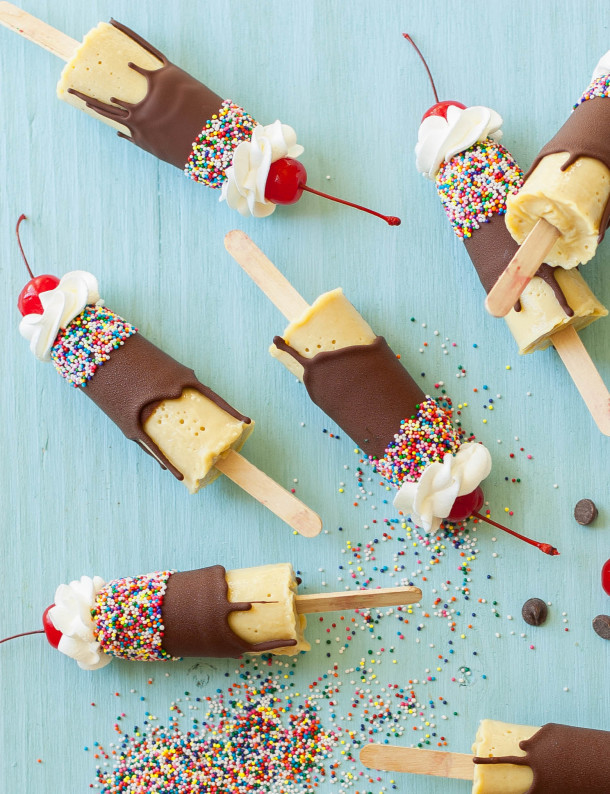 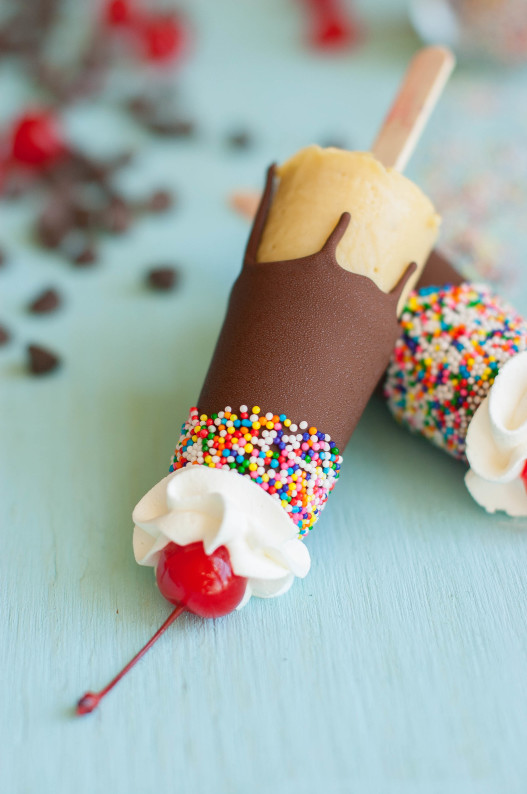 KITCHEN HACK OF THE DAY:

When dipping something in chocolate, keep the chocolate in a very narrow container. If you keep the melted chocolate in a bowl, you’re going to have to really work to get everything coated in chocolate, while repeatedly scraping the chocolate off of the sides and back into the center. If it’s in a tall narrow container, like a liquid measuring cup or a drinking cup, it’s an easy single dip to get everything coated in one little move. 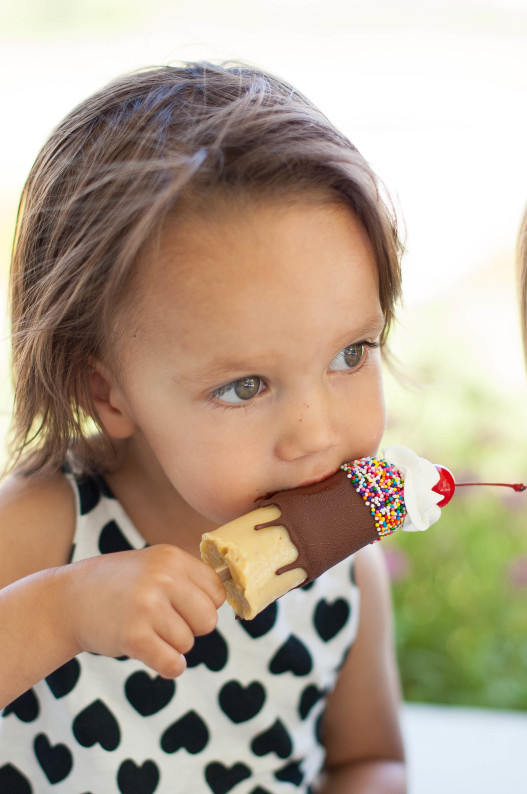 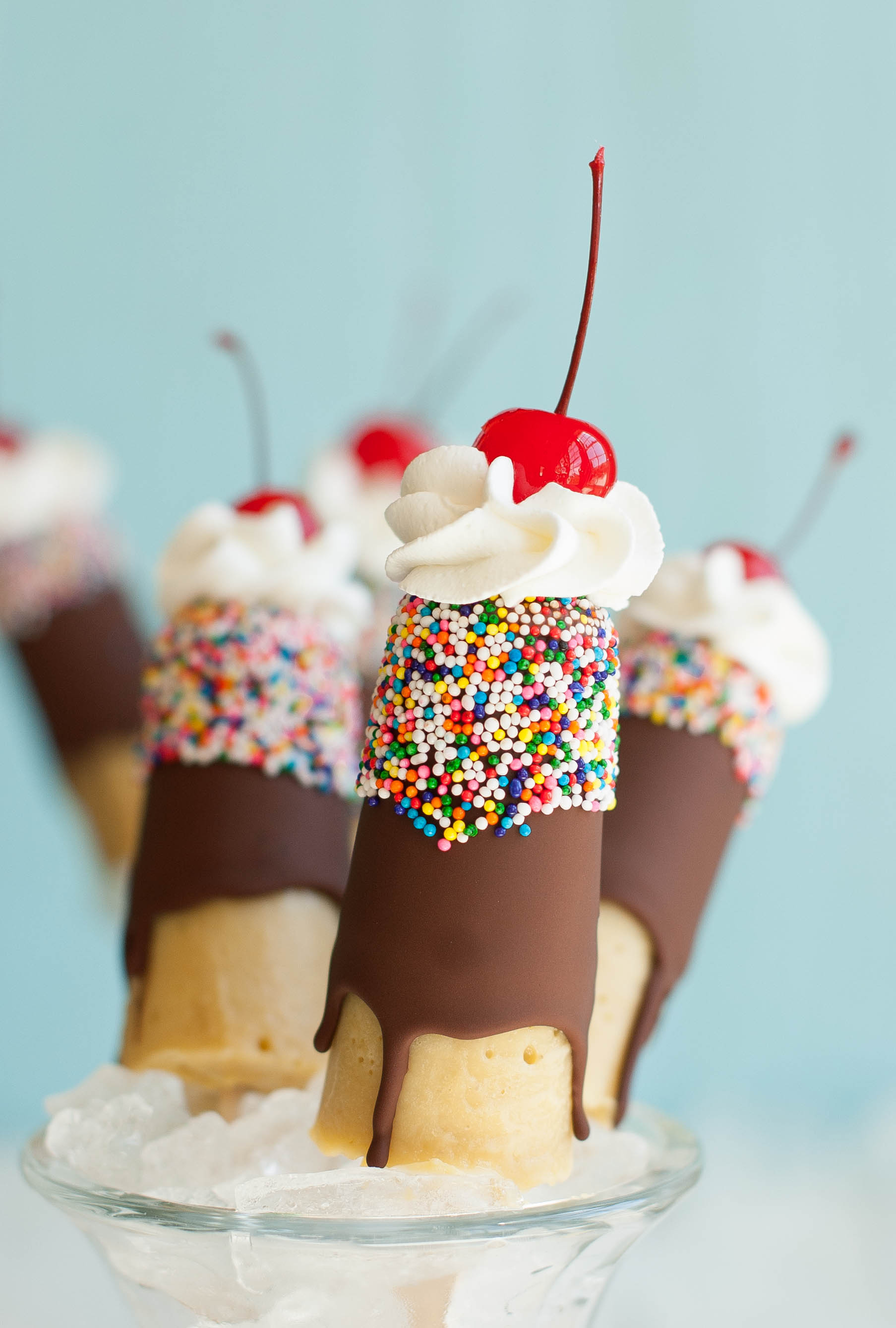