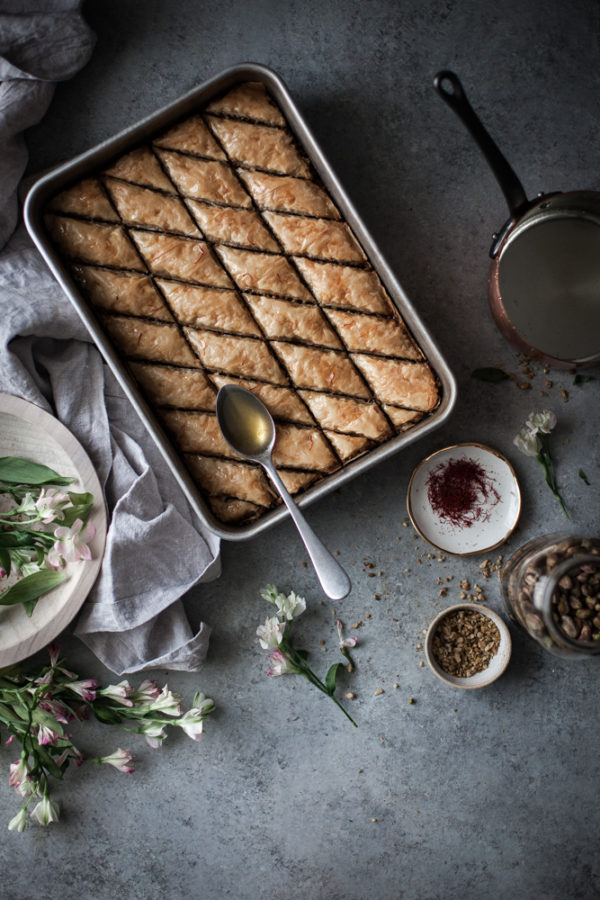 I often am tempted to buy it when I pass by it in the supermarket, but I don’t. Because nothing, and I mean NOTHING beats a pan of homemade baklava. It’s perfectly flakey, buttery crisp, and fragrant. I find that store-bought baklava is often cloyingly sweet, something that I can not bear in a dessert. My go-to recipe for baklava is from Natasha’s Kitchen. It’s not overly sweet and the syrup contains a good measure of honey which is a must.

I’ve been dying to make the version you see before you today! It’s a bit of a Spring-y take on traditional baklava, adding in pistachios with the walnuts and flavoring the syrup with floral, fragrant orange blossom water and a bit of saffron for color and depth. I like to use just a little less syrup than called for in the recipe. It’s not an over the top, crazy sweet baklava, but I like mine just a little less sweet than the average Joe.

This is the orange blossom water that I use(a little goes a long way so a bottle lasts a long time):

And if you aren’t crazy about pistachios, just sub them for more walnuts! Shelled pistachios can be a bit expensive. I like to get them at Costco where the price is pretty reasonable.

The baklava should last for 1-2 weeks, at room temperature. Just keep it covered with a tea towel. Keeping it stored in an airtight situation will leave you with soggy baklava =( 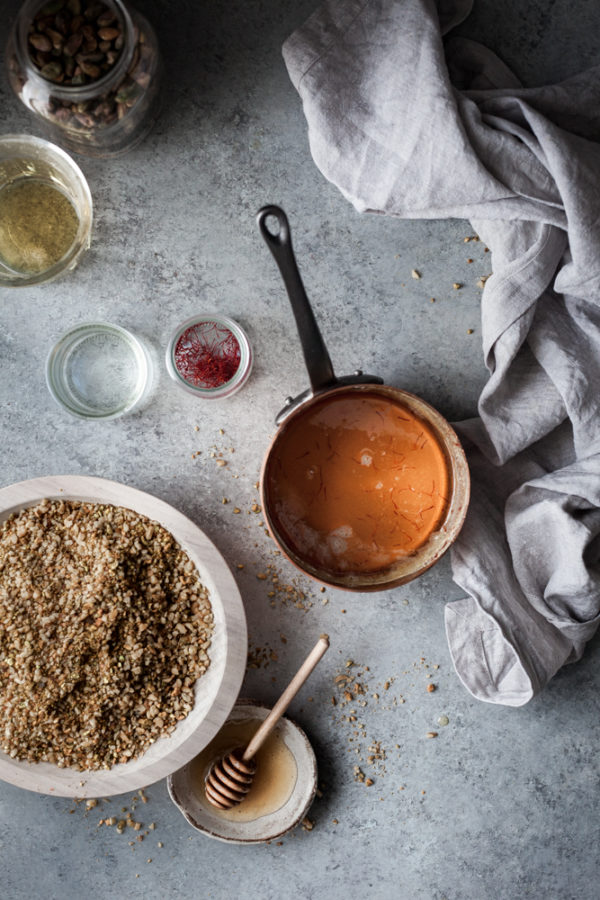 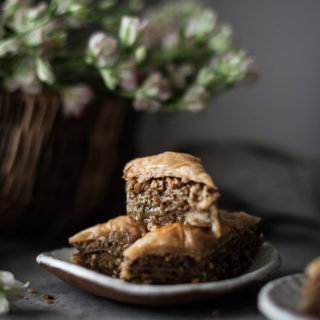 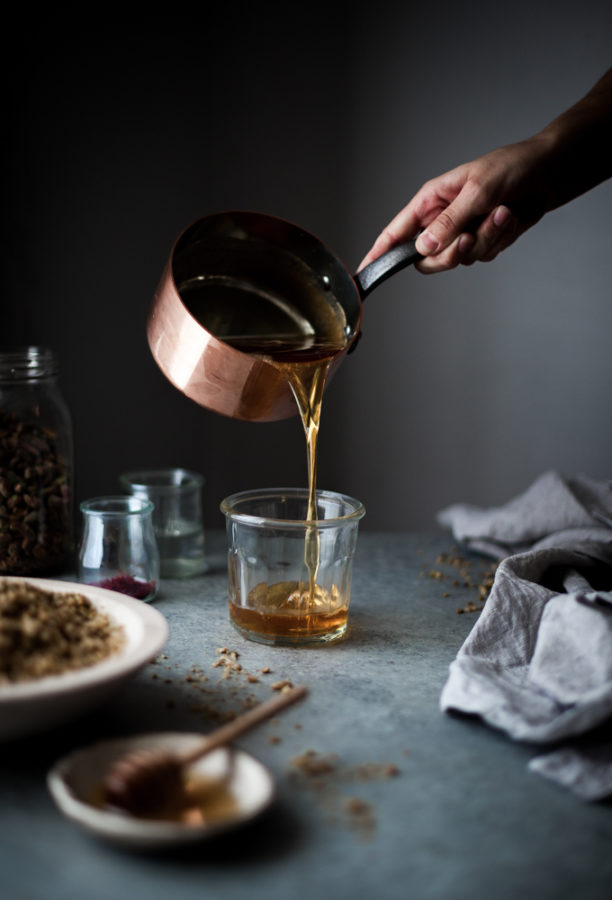 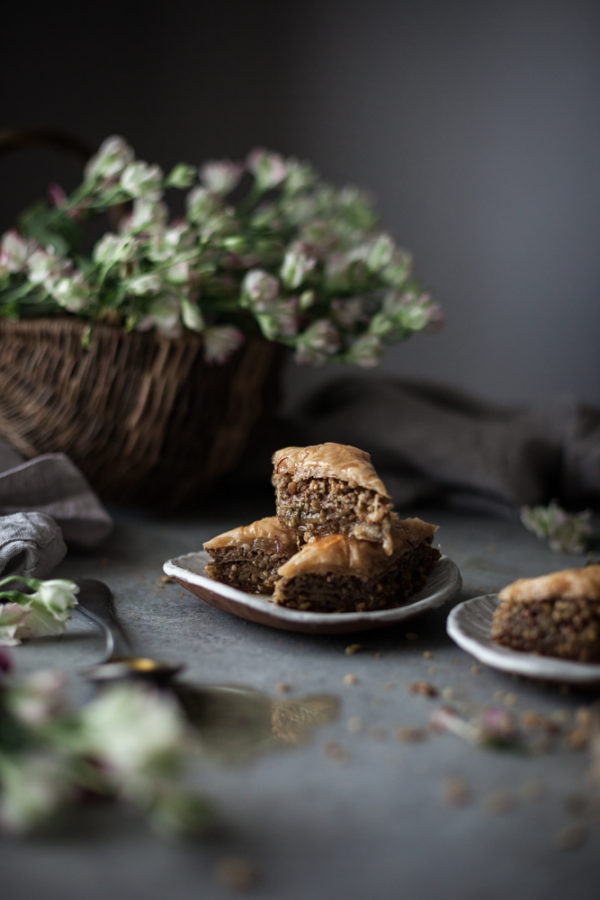 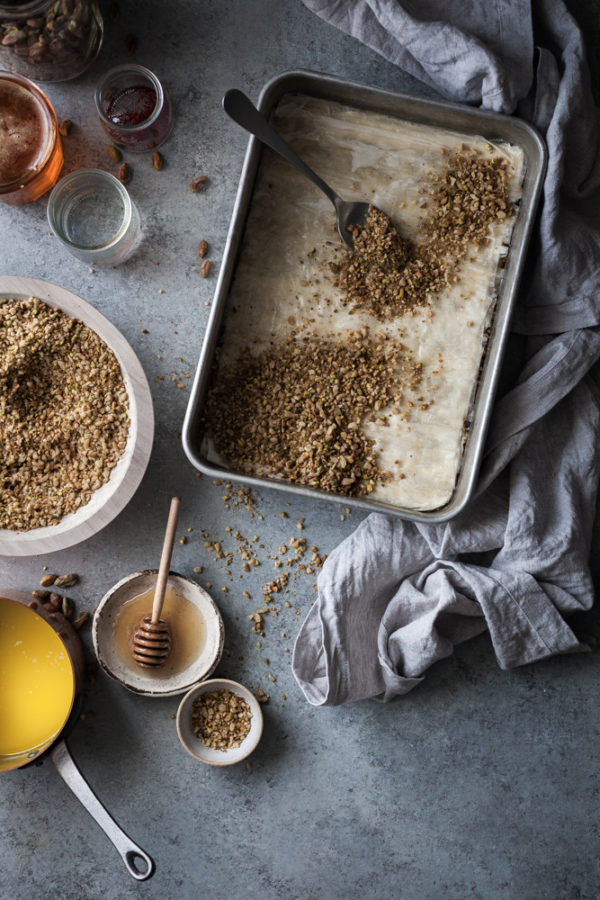 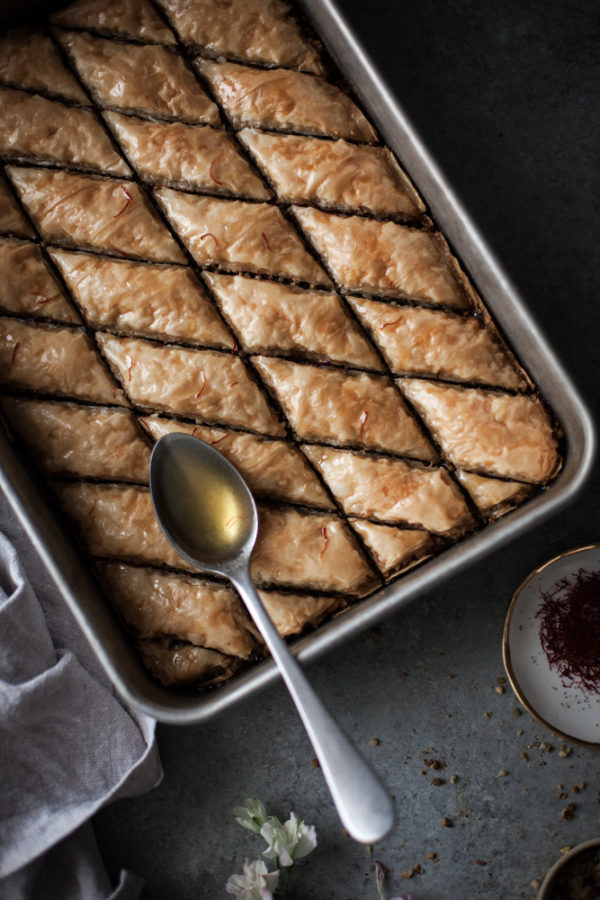 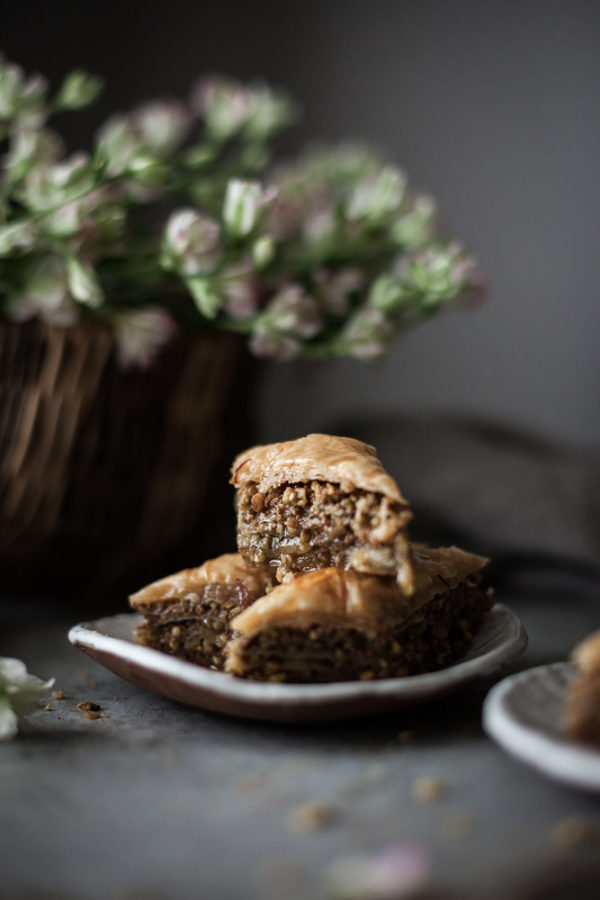 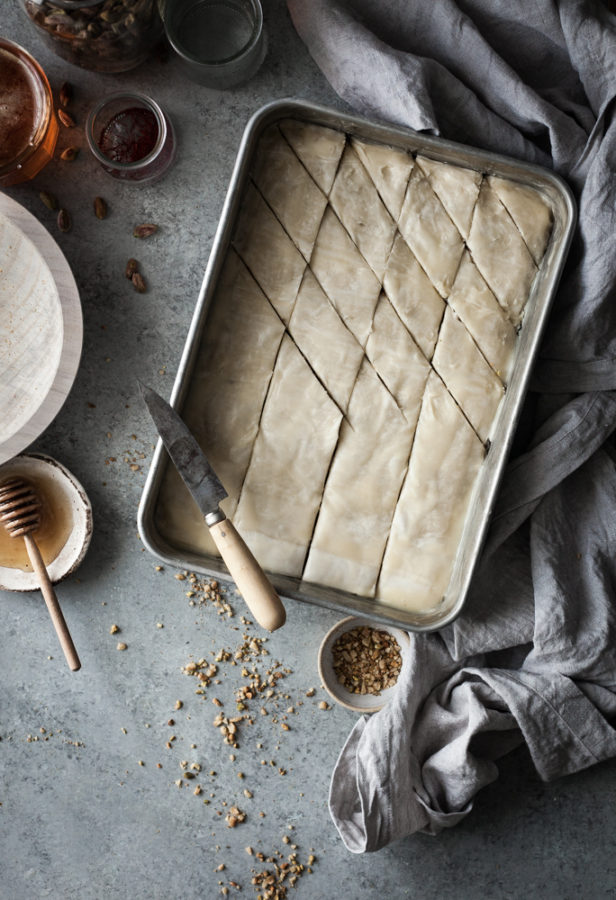