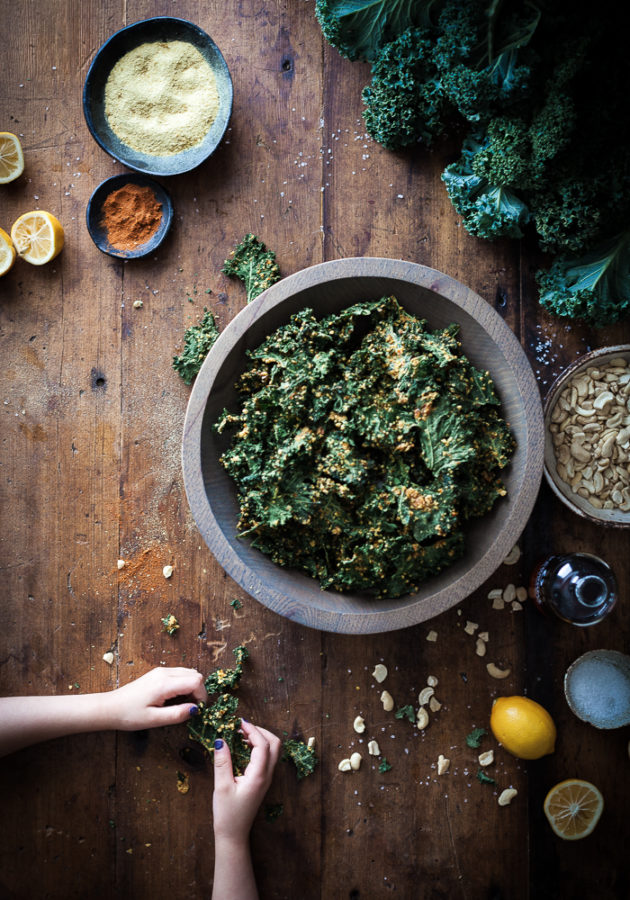 I first tried kale chips only about 9 months ago. I’m always a little late to the game, it seems. I stumbled upon a raw/whole foods café in my town’s arts district where I found little bags of these crunchy green wonders. I tried them and was instantly hooked. They were so much better than I thought they’d be. Karen, the owner of the café, even gave me the recipe which I have used a hundred times over at this point. The ingredients are simple, nutritious and SUPER flavorful.

Weirdly, I’ve always had a completely unfounded notion that store-bought kale chips must just be flipping amazing. But I’ve never bought them because who wants to pay 5 dollars for a handful of crunchy leaves? Uh, that is until a few weeks ago. I came across some kale chips at the grocery checkout and though “you know, I should give these a try. They’ve got to be really good. This way I can look at the ingredient list and make my own version!”. Yeah. They were AWFUL. Worst chips I have had in my entire lifetime. My kids found them revolting, and my husband willingly popped one in his mouth and then begged me to never buy these again. My homemade chips were a thousand times better. 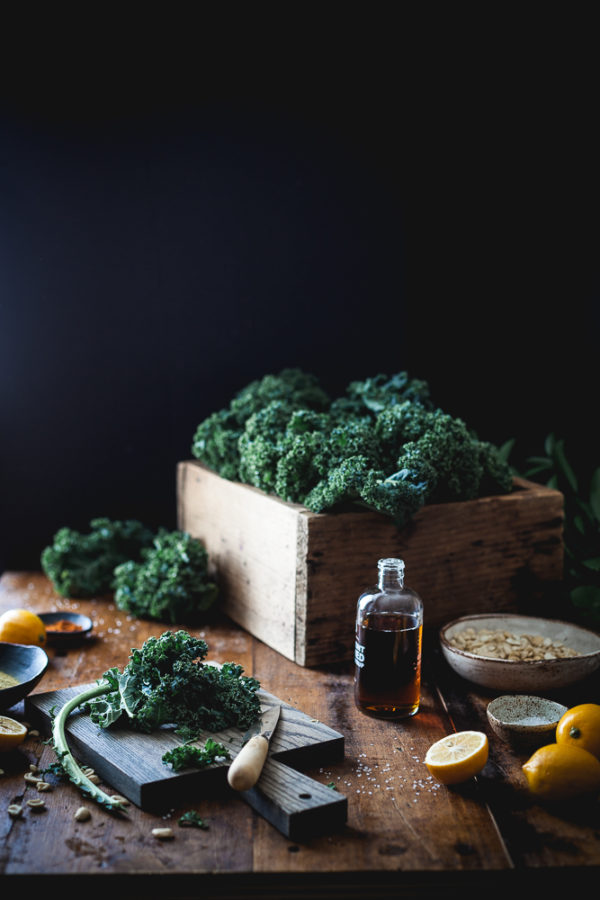 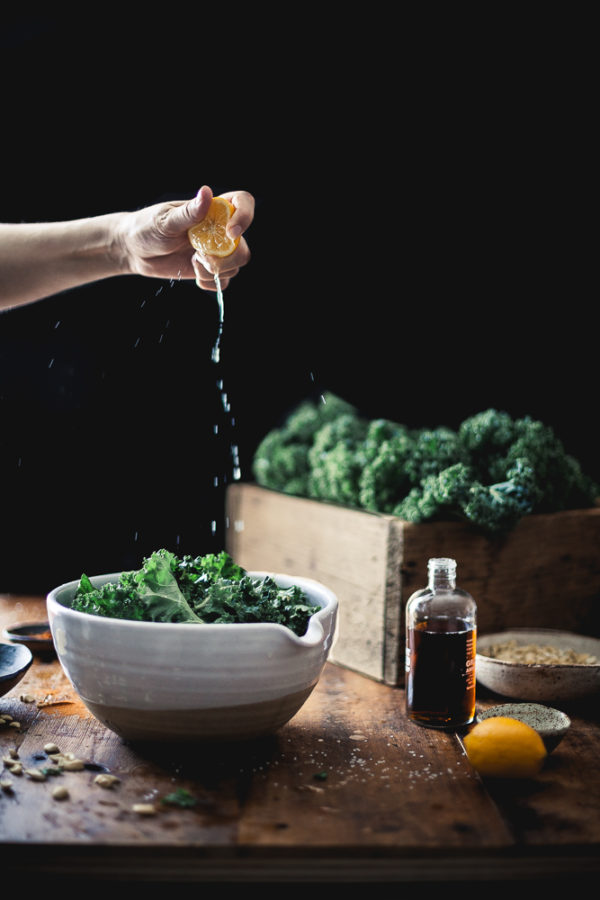 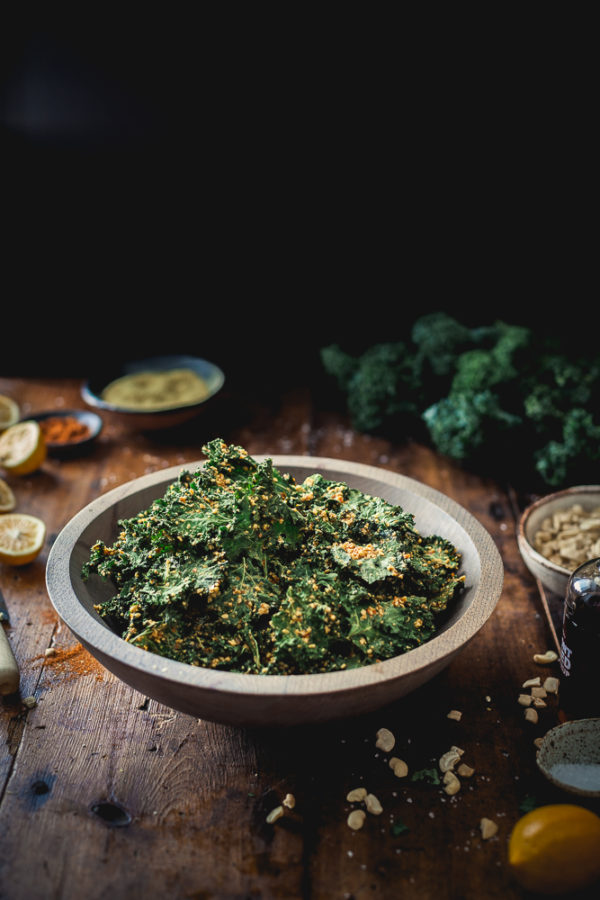 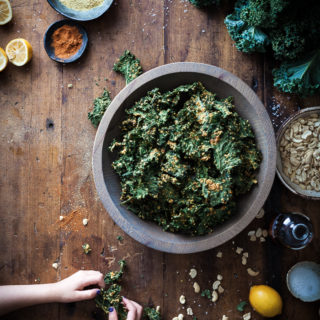 Print
*If you are feeling like extra "cheesy" kale chips, sprinkle more nutritional yeast over the sauce-coated kale once it's been layed out on the dehydrator sheets but before you dehydrate.
Serves: ¾ -1 Gallon Kale Chips
Ingredients
Instructions
3.2.2925