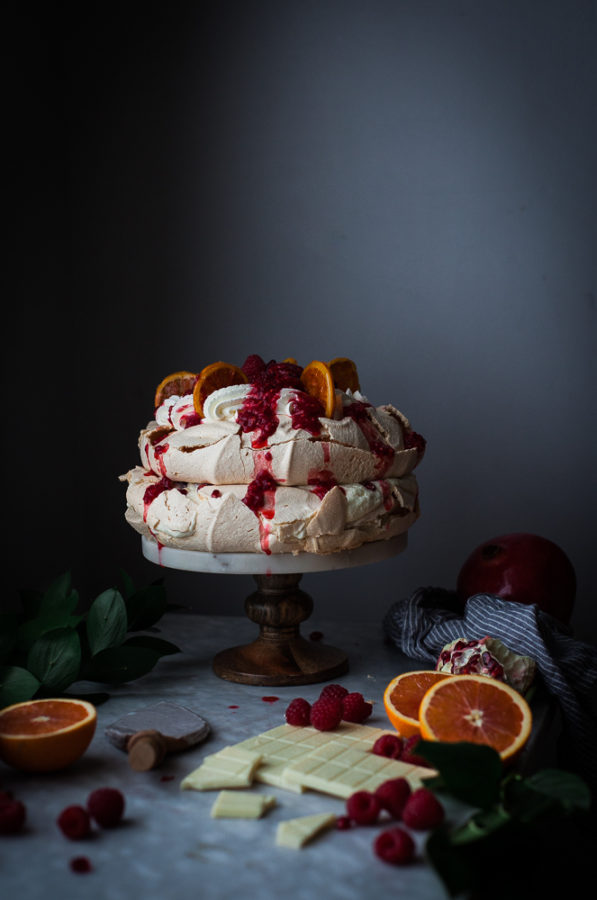 *Two layers of fluffy, chewy meringue filled with Lindt White Chocolate Cream and sprinkled with fresh raspberries, pomegranate arils, and orange slices. I’ve partnered up with The FeedFeed and Lindt Chocolate to bring you this rustically fancy dessert!

That won’t be a problem with this elegant two-layer pavlova seeing as the Golden Globes are in just a few days and a viewing party would be the perfect place to serve up a beauty such as this. The only foreseeable problem? It just might outshine all those celebrities in their fancy outfits. No, it definitely will 😉 Because not only is it easy on the eyes with its rustic finesse, but I didn’t skimp on ingredients. Cara Cara oranges give the prettiest pop of color as a garnish and the mounds of cream filling each layer are made with Lindt White Chocolate. 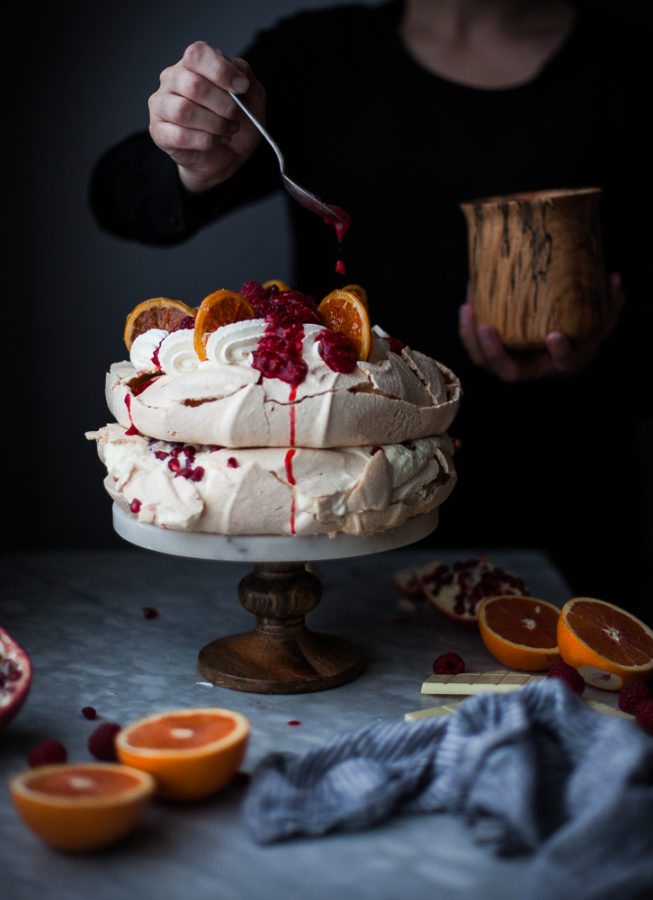 Mounds of thickly whipped heavy cream are folded in to melted Lindt White Chocolate to form a mousse-like cloud of fluff that contrasts so nicely with that crunchy, chewy meringue. I’ve always been a Lindt loving girl. As a matter a fact, I was in Europe several years back and while others with me likely had ancient buildings and historical artifacts on their list of “must see” items, I only had one thing I HAD to see. The Lindt factory. And it DID. NOT. DISSAPOINT. There were truffles there with flavor combinations that I had never even dreamt of. Like bitter dark chocolate paired with guava. Flavors you just can’t find in the US. I think my suitcase barely made weight when it came time to come home from that trip! 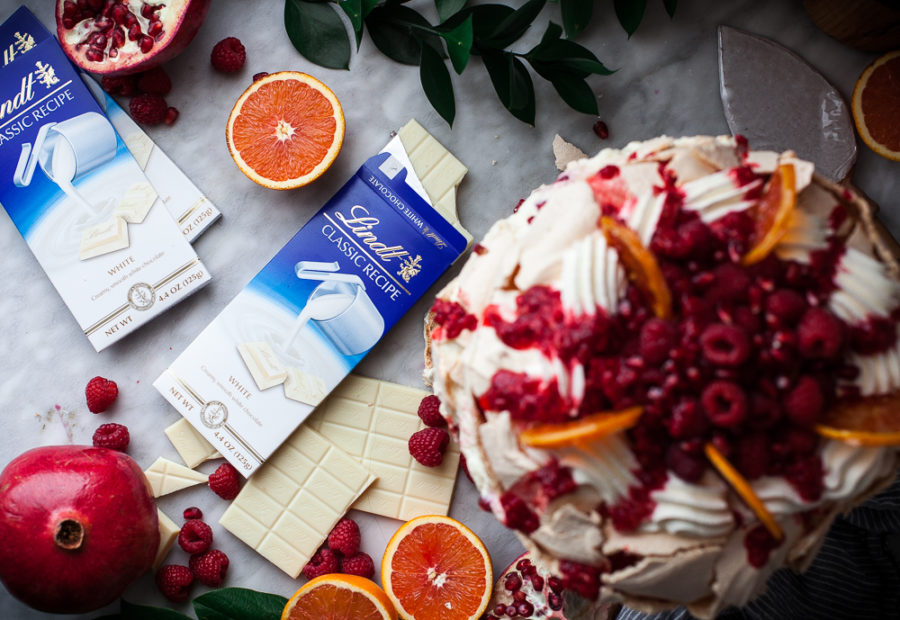 I have yet to try a flavor of Lindt chocolate that isn’t just the bee’s knees. However, the simple flavors are my favorite. 70% dark is my go-to. And a milky white chocolate is just the thing to sweeten and flavor whipped cream for filling a dessert such as this pavlova. White chocolate pairs so nicely with fresh fruit and lets both flavors shine equally.*Two layers of fluffy, chewy meringue filled with Lindt White Chocolate Cream and sprinkled with fresh raspberries, pomegranate arils, and orange slices. 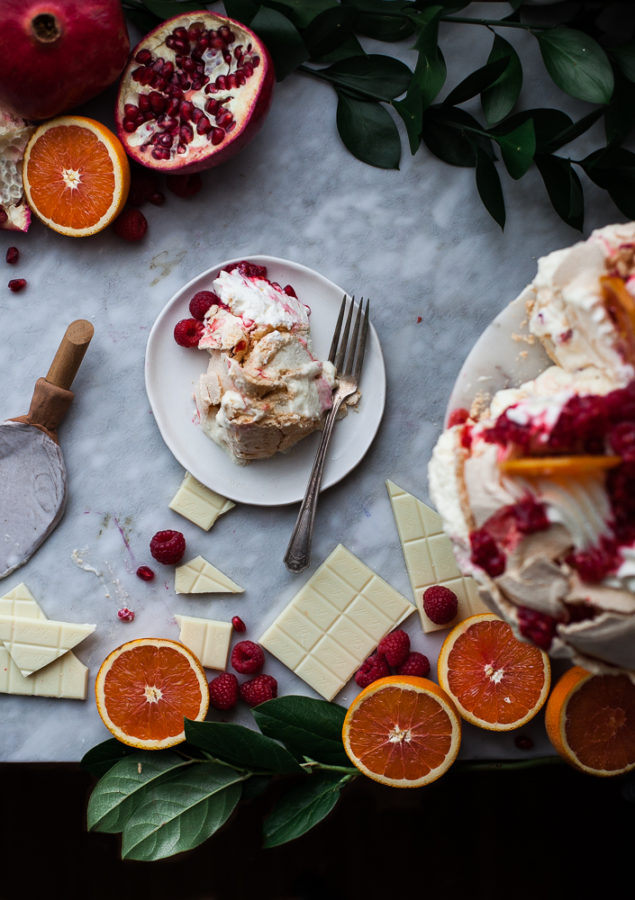 Since white chocolate melted and alone whipped into cream will seize, I made a simple white chocolate ganache, cooled it, and then folded it in to stiffly whipped cream. Give this dessert an hour or two to set up in the fridge before serving or it will be hard to slice without the cream bursting out of the center. I candied the oranges on top of my pavlova, but simple orange slices look just as nice! 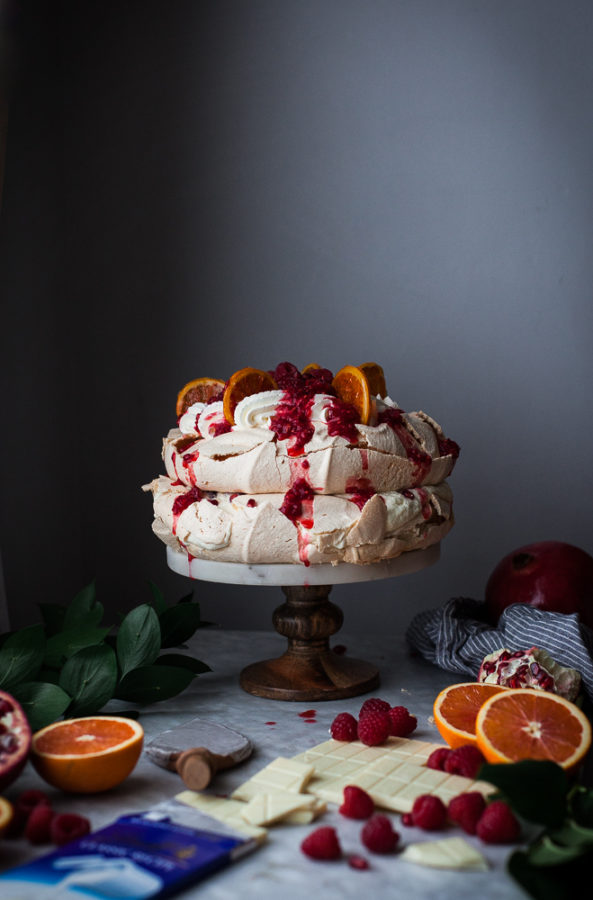 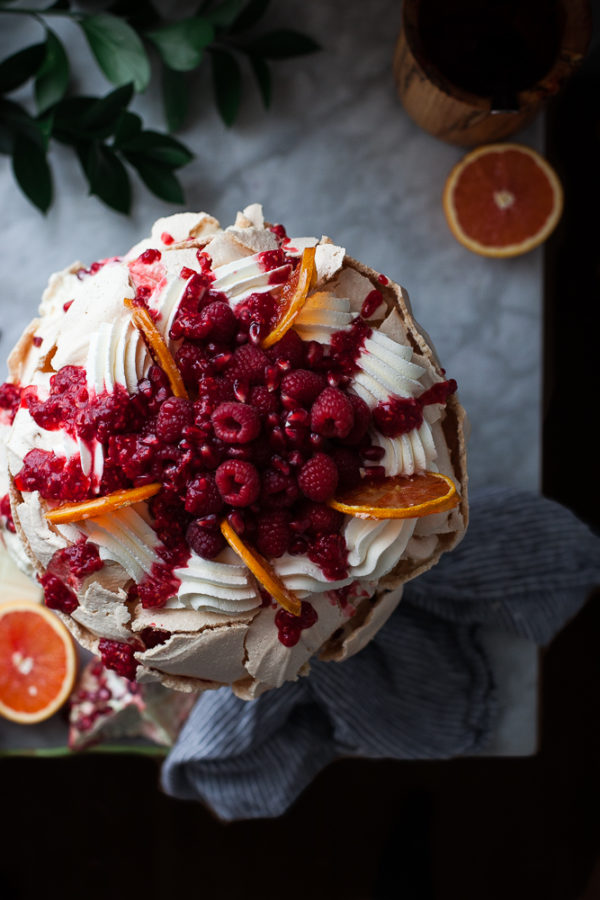 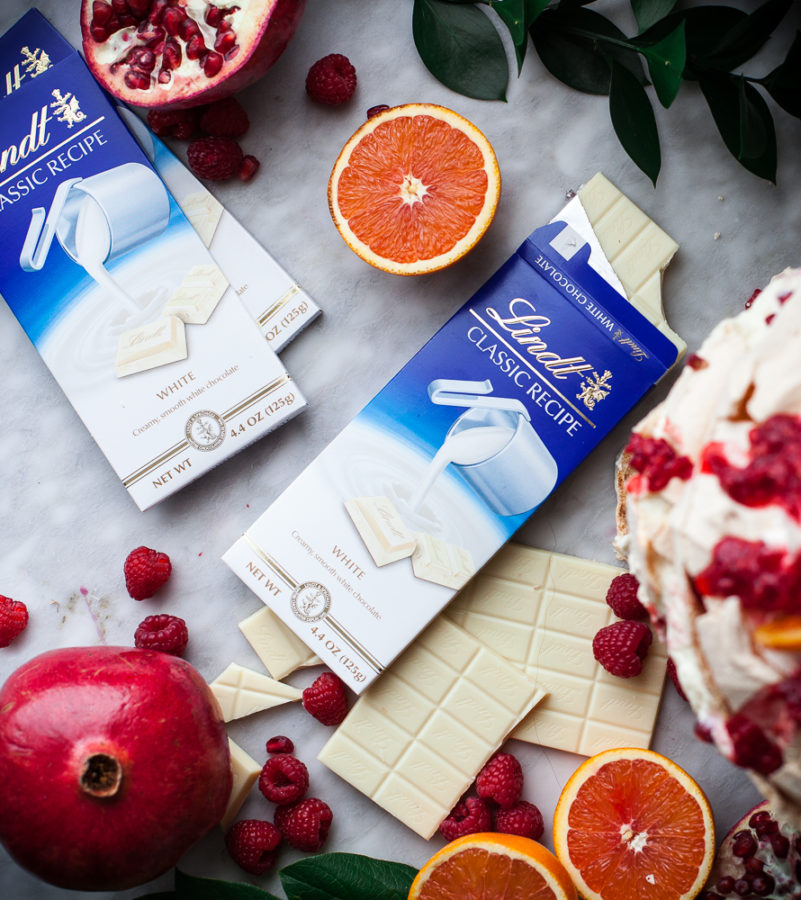 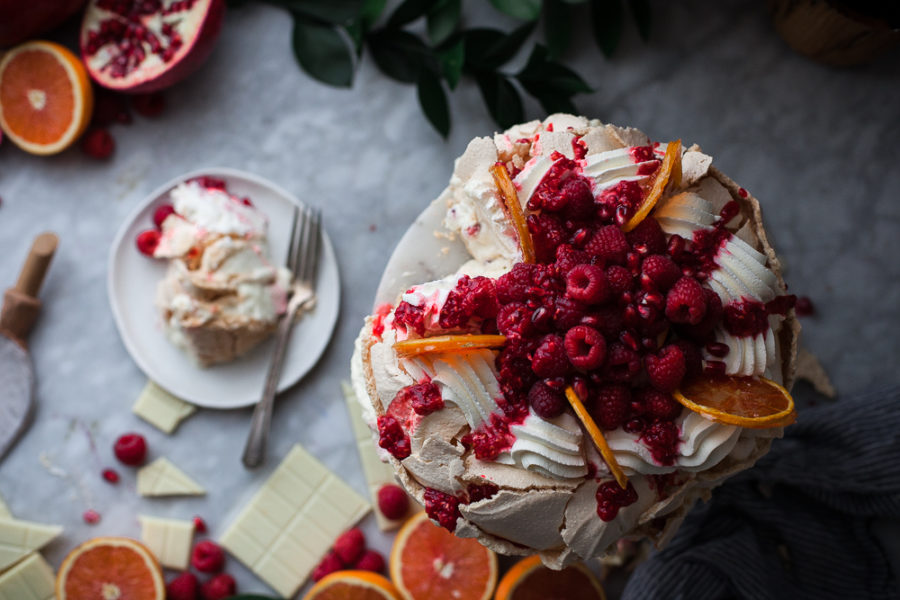 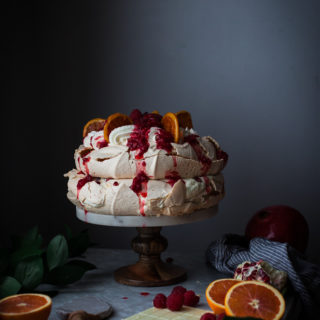