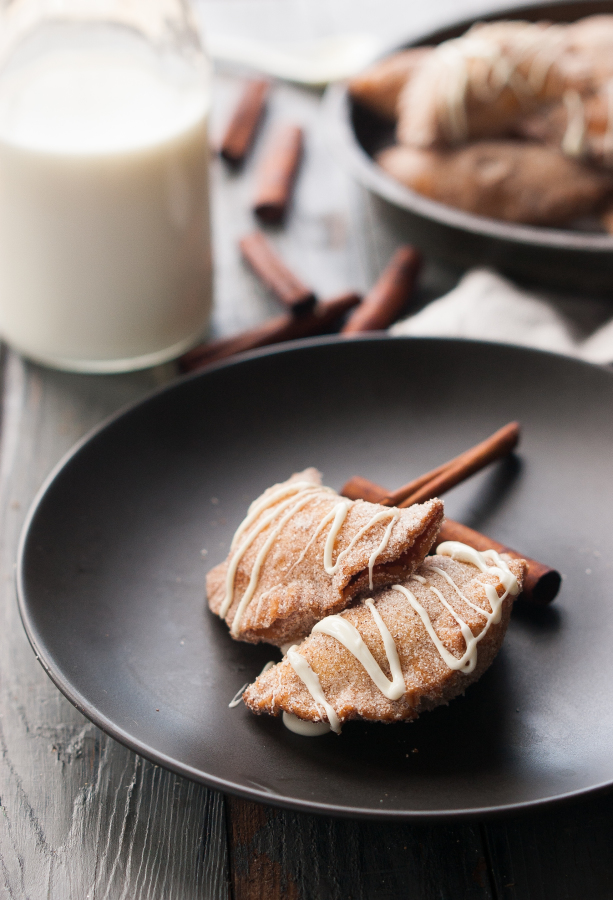 These may look a little bit similar to something I posted last week. But, when you’ve got a good thing going…well…it may show up again in other ways.

These hand pies are a great way to use up leftover pumpkin pie(if you have any). The recipe calls for baked pumpkin pie filling, which is super easy as it is, but if you have leftover pumpkin pie it’s even easier. I used pre-baked filling for these pies because it makes them so much easier to fry. you don’t have to worry about all the liquid in an unbaked pie filling running out of your pie as you try to fry it, or making your crust soggy. 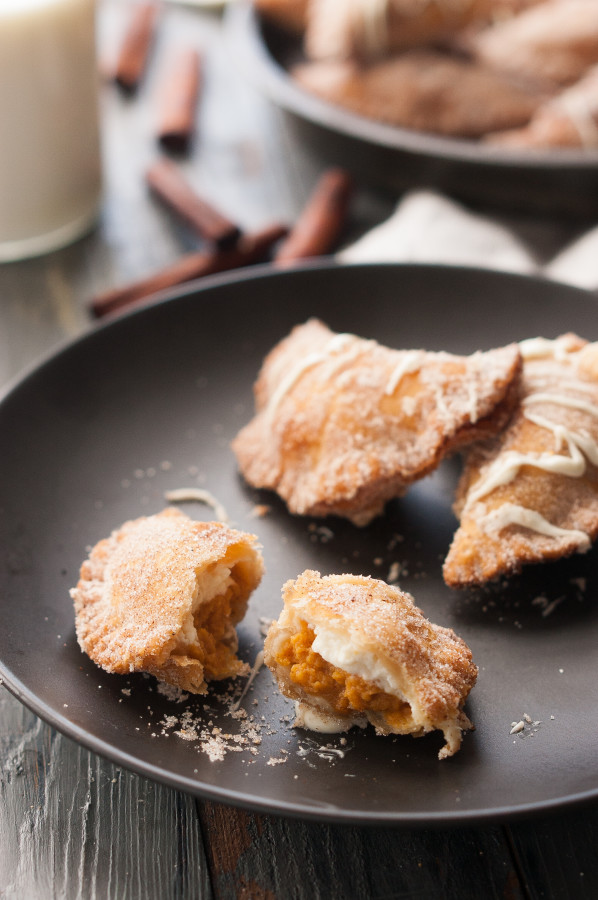 The cheesecake filling can be made in about 2 minutes and is the perfect contrast to that spicy pumpkin pie.

The cinnamon sugar these are coated in give it the sweetness it needs and the white chocolate drizzled on top isn’t necessary, but is yummy anyway. 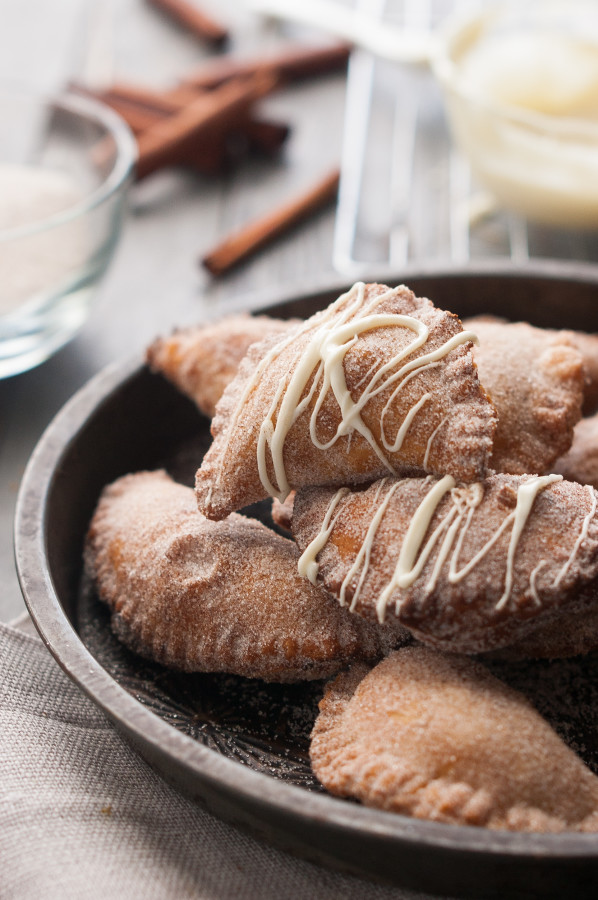 I tried both ways. Baked is good, but I think fried is the best. Plus frying these in oil makes the cinnamon sugar stick so much better 😉 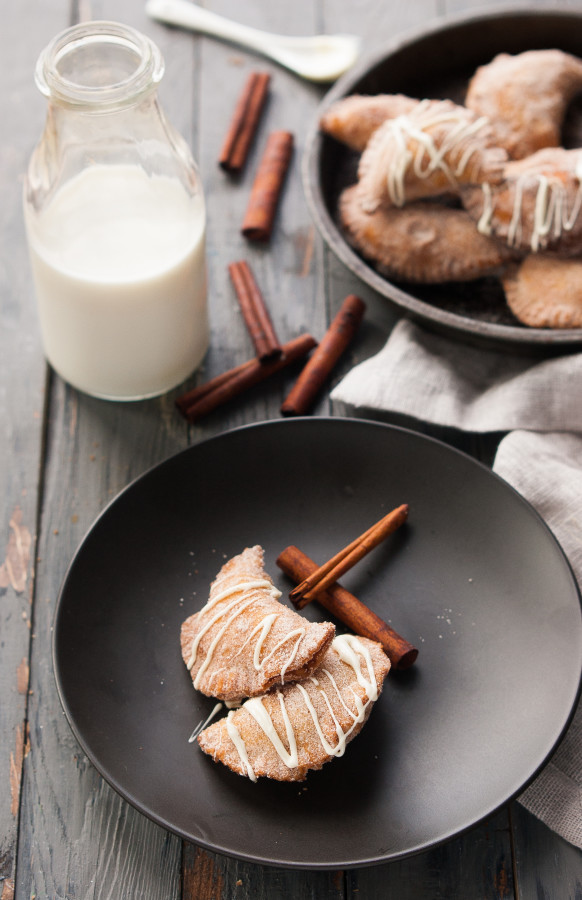 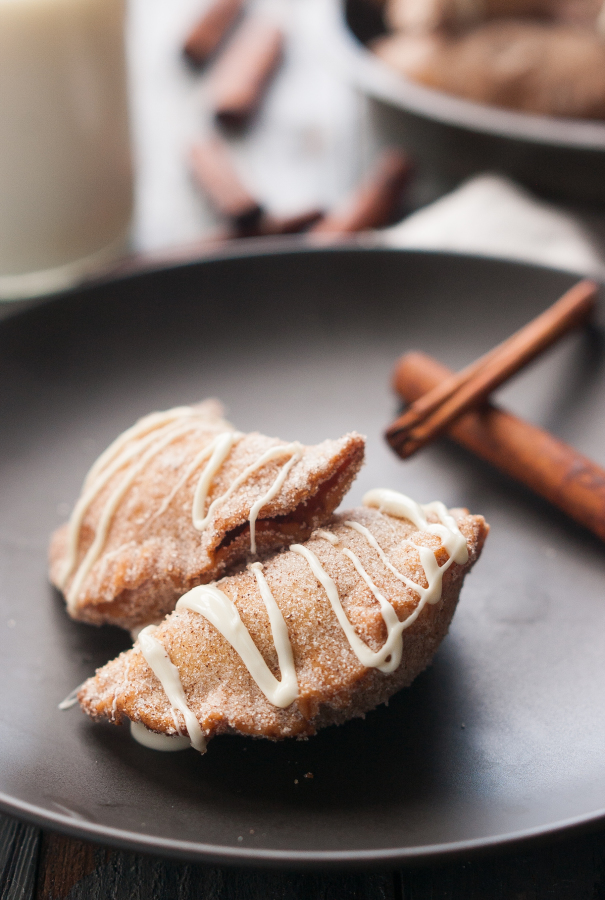 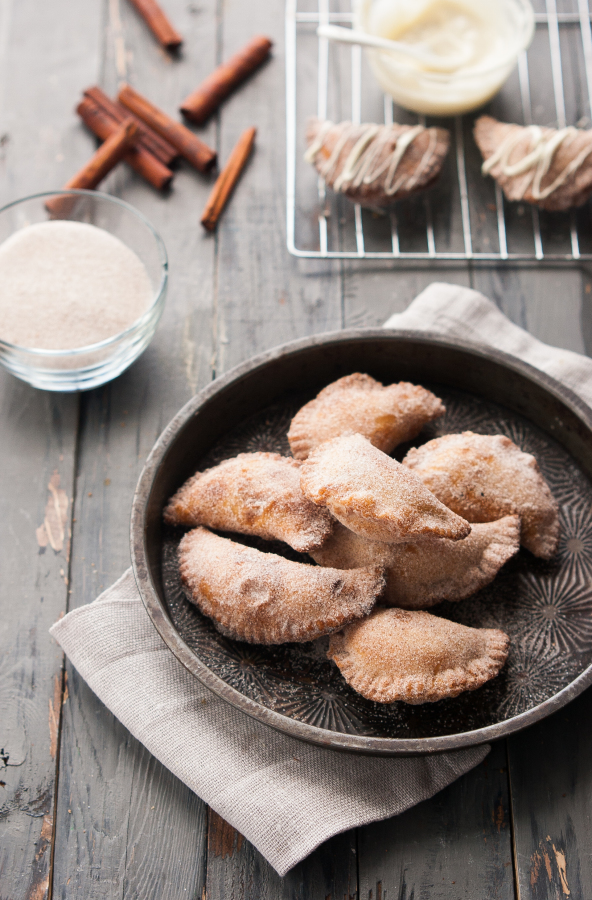 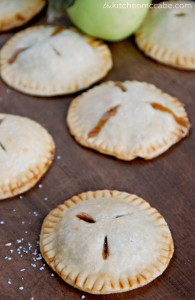 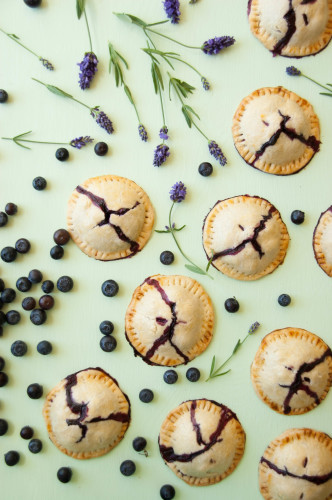 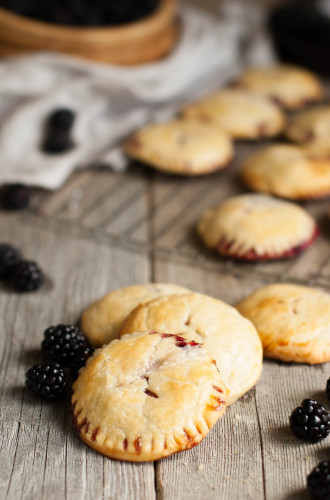 Print
Makes 8-16 pies depending on how thin you roll the dough and how big your pies are. Baking the pumpkin pie filling before filling the pies ensures fully cooked filling and less possibility of liquid leaking out while frying.
Ingredients
Instructions
3.2.2925